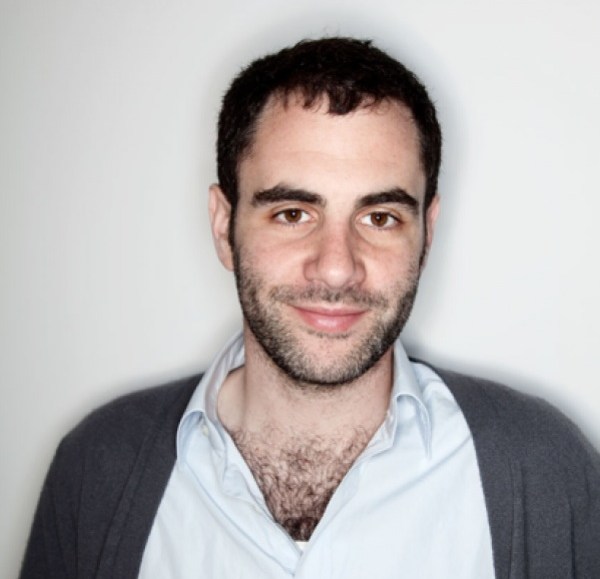 Back in 2008, Noah Brier, a digital strategist at Naked Communications, had an epiphany: Why not use the Web to get immediate feedback on how people really think of a brand? After all, a brand is what a company is in its consumers’ minds, not what the brand says about itself. The result was Brand Tags, a site that flashed brand names in front of people and asked them to choose the word that first sprung to mind. It then created a tag cloud of these tags. Wal-Mart’s cloud, for instance, was dominated by “cheap.”

Brand Tags captured that attention of many at the time, when the ad industry was waking up to the incredible changes digital empowerment was wreaking on brands. At just 26, Brier became something of an industry celebrity, landing on Fast Company’s list of the 10 most creative minds in advertising a year later, along with industry luminaries Dan Wieden, Jeff Goodby and Alex Bogusky.

Now Brier is out of the agency business but again trying to capture the marketing zeitgeist. The talk these days is less about consumer empowerment — that’s a given — but about how brands can act as publishers in their own right. Percolate, a publishing tool Brier built with co-founder James Gross, is his play at converting the world’s biggest brands over to the gospel of content curation

Brier was always an unusual fit in the agency world. He entered New York University interested in urban planning but left with a focus on the intersection of digital media and culture. After graduating, he joined American Demographics in a position, he says, “doesn’t exist anymore,” writing one 2,500 word article a month. After it was bought by Ad Age, Brier made the shift to the digital world learning the ins and outs of advertising with stints at Renegade and Naked. Armed with that knowledge, he went to the Barbarian Group to build a strategy team

But in his spare time, Brier taught himself to code. (He’s “terrible,” in his words.) He taught himself how to code a few years ago. Brand Tags was a hit, becoming a regular reference tool used by agencies to point out to clients where they stood in consumers’ minds. The Brand Tags methodology would likely make professional researchers cringe, but it did paint a picture.

“It was a nice little idea,” said Jonah Bloom, head of digital strategy at KBS+P, who first met Brier when Bloom worked as editor of Advertising Age. “It was certainly a good way of moving on from the old research methods of focus groups. He was doing smart stuff at Barbarian.”

Brier wanted to do something more — and he knew it wasn’t in the agency world. He showed the basic tenets of the Percolate algorithm to co-founder James Gross. The two thought they hit on something, quit their jobs and started Percolate.

“I think throughout the whole time, especially towards the end of working with agencies, I was thinking about how do you help brands be interesting on the Internet? How do you help them do more than just advertising,” he said.

Percolate was founded at the start of 2011 with no funding. Gross and Brier bootstrapped the company and quickly went to work picking up clients, a nearly revolutionary approach in the startup world that tends to iterate a product several times before even considering making money.

Brier’s knack for knowing how marketers think has undeniably helped. Reuters was its first client, and that opened the doors for other brands to see the effectiveness of the company. In Dec. 2011, Percolate did a $1.5 million seed round led by First Round Capital, with additional investors such as Lerer Ventures and angels like Dave Morin and Rick Webb, a former boss at the Barbarian Group. The company now has a roster of 13 clients, including blue-chip brands GE, American Express and MasterCard, served by its 14 employees — eight on the developer side, six on the business side.

“One of the reasons I invested in him was I saw he could take an alternative approach,” said Webb. “Percolate is solving a very specific problem for brands. We now take for granted that brands are a two-way street. He can see that a brand has to have opinions on events in their industry and can’t just talk about themselves. He gets how hard it is to mine that info and figure today what needs to be commented on tomorrow.”

Brier deals with this question every day. Brands haven’t yet figured out (or acknowledged) that they are different things to different people and that they need to establish a voice beyond rote brand-message points. To do that, a brand can use the social Web to curate information to its audiences and add perspective. Percolate steps in to help the curation process through its algorithmic filtering layer and publishing client that sits on top of it.

“The algorithm was good at bubbling up interesting stuff for you to talk about, and if you put the thin publishing client on top of it you could talk about it,” Brier said, describing the gears behind Percolate. “It became a blog engine that told you what to blog about.”

The company helps automate and, more importantly, institutionalize, a curation process by scraping about 5 million sources (Twitter, Tumblr, etc.) in real-time so that a brand can take the owned media bucket and use it to its potential: build and cultivate an audience through content. Percolate works with brands to develop an interest graph, or “what we want the brand to represent from a publishing point of view,” said Brier.

Brands struggle to see themselves as both content creators and content consumers. They’re like someone with perpetual writer’s block, faced with a blank screen and mounting anxiety. That’s because brands are used to almost exclusively talking about themselves, and almost always in a very planned way. Brier is a fan of the “stock-and-flow” theory of content. There is stock content, highly produced and with high value. And there is flow, the small bursts of information done on the fly. Brands are used to dealing in the stock content of TV ads, less so in anything that’s on the fly.

According to Brier, in order to be a content creator, you need to be a content consumer, and brands, historically, have outsourced the consumption of culture through its agency partners and, most importantly, haven’t done this in real time. But as the social Web shifts the campaign-as-linchpin mindset — one that lives in a specific time period — to an always-on philosophy, brands find a vacuum is created where its audience is ready to discover and then share content.

“It’s a useful tool in pointing you towards understanding some of the what is being consumed out there, what is popular, and can inform original content creation as well,” said Bloom. “Percolate has that all-in-one solution for that.”