Tech journo Steven Levy on his move to Medium 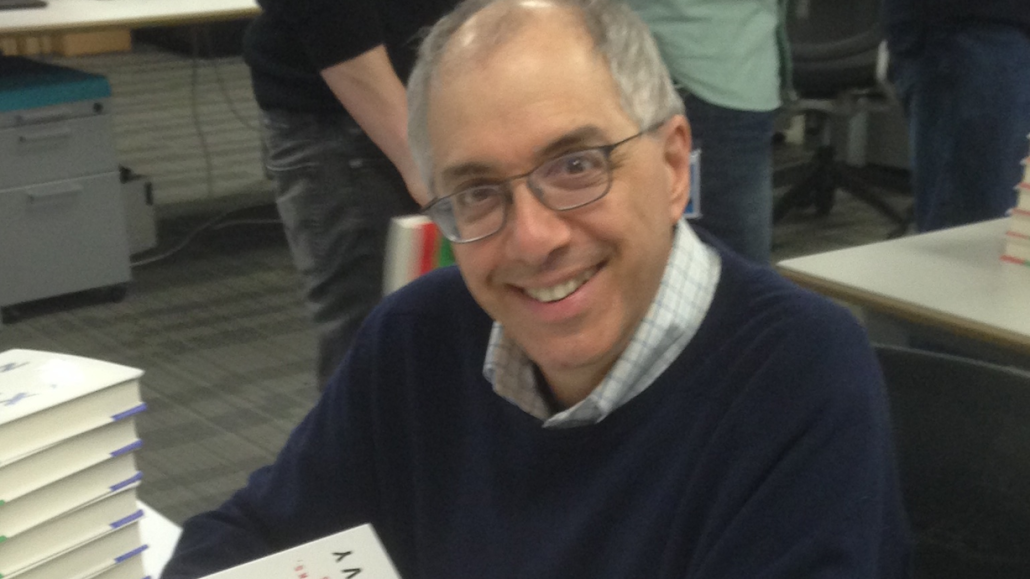 With the news of his move to Medium, Wired’s Steven Levy became the latest journalist to leave the security of the media establishment for an online startup. Medium is a blogging platform started by Twitter founder Ev Williams, but it’s been looking more like a publisher as it hires professional journalists and launches verticals. Levy’s hire, to run an as-yet-unnamed tech channel, is the latest sign of this shift. We called Levy to talk about the move.

There are a lot of tech verticals out there today already. Any concern that the market’s pretty saturated already?
One thing I’ve learned is from listening to [Google CEO] Larry Page — he has a really interesting take on competition — and he says, “Why get hung up on what other people are doing if you go forward and work on what you think is best.” I wouldn’t do this if I didn’t think the kind of thing I wanted to build is out there already. Obviously, there’s a lot of great technology journalism, but people are going to look at what’s best.

What’s Medium going to let you do that you can’t do at Wired?
I’ll do more of the kinds of things I’ve done for Wired: the 2,500-, 3,000-word ones where I get exclusive access to something like the product before the announcement date. I’ll also be able to do shorter kinds of things I haven’t been able to do for Wired … stuff that isn’t commodity journalism. The idea is, I’ll be able to build my own particular site there and have my sensibility permeate through the site. And I hope to be able to be a magnet for other people to use Medium. Also, one of the appeals of it is it’s not in this secure, established situation. It is something where all the answers aren’t there.

Quality online journalism hasn’t found a business model yet.
It’s getting there. You got to think it’s going to happen, because journalism won’t survive unless someone pays for it in some way down the road. What this offers me is a chance to be more of a participant in the transition.

Medium’s been called a platform, a publisher, a platisher. What kind of editorial mix are you going to aim for?
To me, it really is intriguing that the same platform I’m going to be using is a platform that anyone can go to and create a good-looking, visual piece of work. How good it is in words is up to them. The balance remains to be seen. I hope to have a group of regular contributors who will help populate the site with great stuff, and we’re going to look for op-ed types of stuff. Maybe by stirring in more professional writers to the mix, the ideal consequence is that more people will be inspired to try the platform.

There have been a lot of technologists becoming media entrepreneurs these days.
It is interesting. There’s a lot that engineering can bring to media. When any new medium comes along, the first expression is a copycat of the previous medium. When the Web came along, Newsweek.com was a copy of Newsweek. I don’t think we’re all that far past that. We’re making some steps into the content expressing the medium. There’s a lot of breakthroughs to make there. I’m confident, in 20 years, we’ll have fulfilled a lot more.

How do you think your leaving will affect Wired?
Wired is a fantastic publication, and one I’ve been proud to be associated with throughout its history. I wrote its second cover story before the first issue was printed. Magazines like Wired, believe me, do not depend on one person.