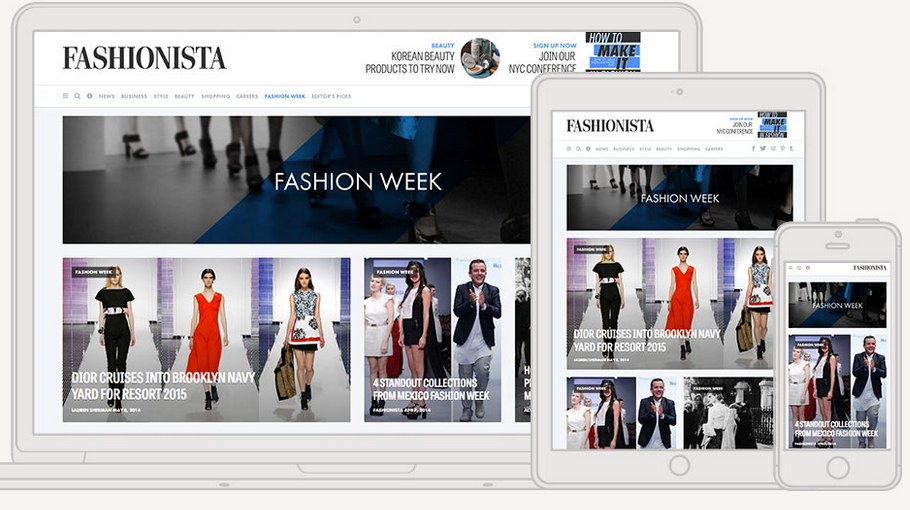 Last week, Say Media confirmed it planned to sell off its publishing brands including ReadWrite and XoJane in favor of a business model that centers on Tempest, its publisher-focused CMS, as well as its ad network business.

That effort is picking up steam. Say Media already has eight sites, albeit small ones, running on Tempest, including Fashionista (already a content partner site of Say Media) and RachaelRay.com, and 11 more deals in the works. Now, sites including The Pacific Standard, Daytime Confidential and U.K. men’s style site Ape to Gentleman are all in varying stages of migrating to Tempest, a process that Say Media says takes about a month.

“Most of the CMS options in the market today are just general-purpose content management systems that are largely about setting up a website and basic content creation,” said Say Media CEO Matt Sanchez. “If you’re a serious media business, there’s a whole set of other aspects to your business that you have to think about.”

That puts Say in competition with giants like WordPress as well as custom installations based off Drupal. Say hopes to differentiate by solving multiple problems for publishers. Sanchez said that Tempest’s value proposition is broken into three parts: content creation, audience growth and monetization. So not only does the CMS offer a streamlined creation interface, it also gives publishers built-in measurement and monetization tools.

The all-in-one approach makes sense. Being a publisher today typically involves outsourcing many duties to a variety of third-party tech vendors and ad networks, which greatly increases the points of failure. Say Media hopes that bringing those components together will attract the attention of publishers, particularly midsize ones, which normally don’t have the resources to make huge tech investments on their own.

The pitch appears to be resonating. “As an independent publisher, I need to be interviewing soap stars, not taking care of the tech and sales side,” said Jamey Giddens, editorial director of Daytime Confidential, which covers daytime television. “Having that taken care of by someone else makes it a lot easier for us to do our jobs.”

Culture site Pacific Standard, which doesn’t have a sales team and relies on a four-person development team, was also drawn to Tempest because it took the pressures off of its internal teams, according to digital director Nicholas Jackson.

“Most publishers are not like Gawker, which can build Kinja, or Vox, which can build Chorus,” Jackson said. “We rely on a patched-together system of third-party tech that Tempest puts under one roof. It’s still not our roof, but at least it’s in one place.”

Both Pacific Standard and Daytime Confidential are representative of Say Media’s target publisher, which Sanchez said are mid-market sites with traffic ranging from half a million to 20 million unique visitors a month. “Anything over that, you’re going to want to control your own stack, and if you have anything under that, your business is going to be more about personal publishing and self-expression,” Sanchez said.

Publishers don’t pay to license Tempest. Say plans to make money from the CMS by selling the publishers’ remnant inventory and keeping a cut of the revenue. The more publishers Say Media brings onto Tempest and the bigger their collective reach, the more clout the company has with advertisers.

Say Media’s Tempest partners are not without their concerns, however. One potential problem is that, so far, the sites running on Tempest look very similar, reducing their ability to stand out. “If Tempest does well, we might end up looking like Tumblr, where there’s not much differentiation from blog to blog,” Jackson said.

Jackson also pointed to a bigger concern: The longevity of Say Media Tempest itself. Considering that Say Media shifted from being a video ad network to a media company and now a tech platform company, Jackson said there’s a fear that relying on Tempest could be risky down the line.

Sanchez, however, seems convinced that this is a path Say Media is sticking to.

“This is going to the core DNA of the founders. This is a problem that’s suited to what we’ve all been immersed in and worked on for the last 10 to 12 years. We’re bringing together all the learning and evolution of how the media ecosystem has developed.”