For Rolling Stone’s Content Studio, a Long and Winding Road 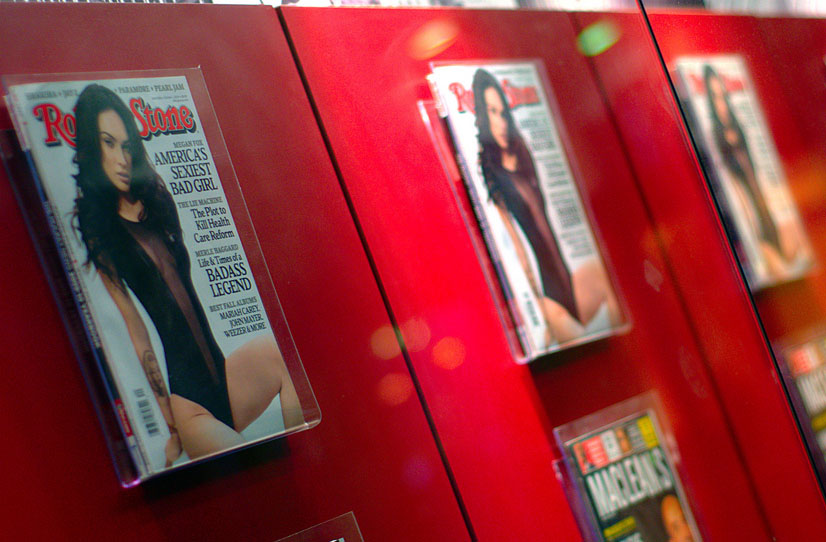 Rolling Stone is on the hunt for someone to head up an as-of-yet unlaunched content studio that will create branded content for clients.

The magazine is playing catch-up to digital-native publications like Gawker and BuzzFeed, and newer music-publications like Pitchfork and Complex, which are already creating content for brands. But what will set Rolling Stone’s advertorial offering apart is access to talent, said a source with knowledge of the music imprint’s plans. Rolling Stone wants to capitalize on its special relationships with musicians and actors to help brands create content.

The source, who asked not to be identified but had been briefed on the studio, likened Rolling Stone’s plans to CAA Marketing, the division of Creative Artists Agency that pairs artists and actors with advertisers for content. The idea is pretty simple: Brands want to work with publishers (who provide editorial expertise) and artists (who bring the cool factor) to create compelling content for their own sites.

This may be easier said than done – even for Rolling Stone.

While the magazine is a good place for advertisers, the company has historically ignored its website, according to buyers. Donnie Williams, Horizon Media’s chief digital officer suggested the logic behind Rolling Stone’s content studio might be something as simple as, “Perhaps the digital audience base isn’t the strongest, but we don’t have much of a shot here unless we brand unique experiences to audiences we do have.”

While buyers like Williams think the content studio is a good thing to get off the ground, they privately question the efficacy of a content studio for a site that has little traffic (it only gets 3.6 million uniques per month, according to comScore), has little relevance compared to competitors like Pitchfork or BuzzFeed (or even its own magazine), and is in desperate need of an overhaul.

“The biggest hold up is that no one goes to Rolling Stone,” the source familiar with Rolling Stone’s plans said. “It’s a joke considering how big the actual Rolling Stone brand is. It’s such a disconnect. It’s because they never put thought into their online properties.”

As a result, Rolling Stone might also lack relationships with current or relevant artists, which would make it tough for the content studio to produce content anyone would reasonably consider “cool.”

“Outside of Cher and The Eagles, artists don’t care about Rolling Stone,” said one publisher who competes directly with Rolling Stone. “They are just dying on the vine of ad page selling and late to the party.”

The magazine is not without turmoil these days. In June, it fired Matt Mastrangelo, who was the publisher of Rolling Stone for the past three years (and a Wenner Media employee for 12). In May, Rolling Stone’s owner Jann Wenner chose his 22-year-old son Gus to head up RollingStone.com. And last month, it courted scandal for running an instantly infamous cover photograph of alleged Boston bomber Dzhokhar Tsarnaev looking like Jim Morrison.

Still, buyers are curious. For a brand that has a lot of competition right now – and not quite the same relevance it had two decades ago – creating a content studio could make the outlet more relevant, according to Scott Donaton, Universal McCann’s global chief content officer.

“It makes them a better partner for brands,” Donaton said. “It’s no longer just selling pages or banners, but taking its knowledge of its audience and its expertise to help brands translate that to speak to its audience.”

But for Horizon Media’s Donnie Williams, Rolling Stone may have too much competition already.

“How do you get a buyer to make sure it works?” Williams asked. “In face of new competitive landscape, it’ll be tough. A buyer can talk to AOL, BuzzFeed, Spotify. It will be hard for them to stick out.”

However, the source with direct knowledge of the studio is cautiously optimistic. When other publishers want to access talent, they often have to jump through hoops, talk to agents and representatives and other third parties. Publishers typically don’t have access to rock stars the way Rolling Stone does.

“It’s an interesting angle and I hope they do something with it,” the source said. “It could be great for the industry.”