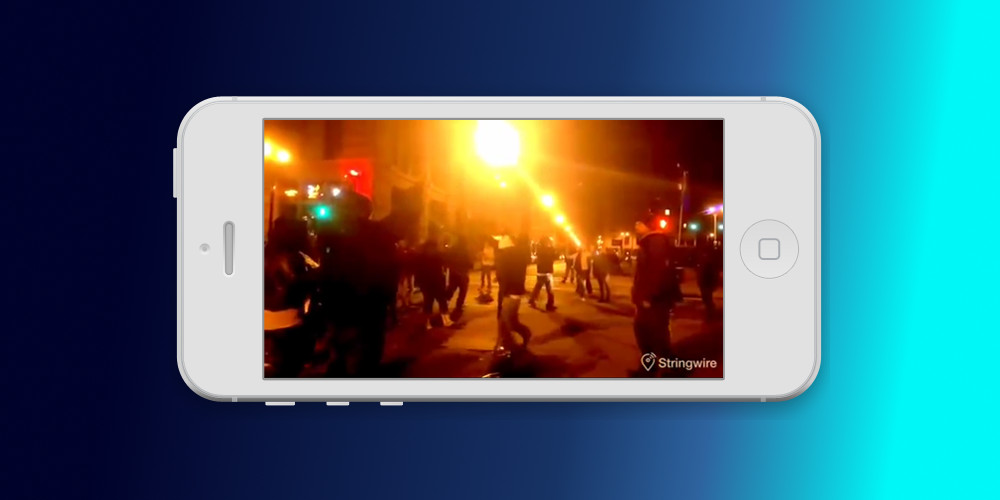 This marked new territory for Breaking News, an app NBC began working on five years ago. Breaking News now has live video streams on its iOS app, with an Android update coming in the next two months. The plan is to offer at least three to six live video sessions on the app each day, sometimes concurrently, of everything from protests and athletic events to congressional hearings and political speeches. The streams will last from less than a half hour to as long as a day.

“On most of the Web, the only way you’d know that something is live now is if you come in at the right time,” said Cory Bergman, GM of Breaking News. “We hope this will fix that issue of missing the beginning of livestreams, because you’ll be notified when they’re starting.”

Breaking News sources most of its livestreams from parent company NBC. It plans to offer primarily raw video on the app, bypassing the network’s news anchors whenever possible. Some of the content will come from NBC News’ Stringwire app, which crowdsources and curates user-generated video streams of breaking news from around the globe.

“We like the combination of professional livestreams and eyewitness livestreams as source material,” he said. “We’re going to have live events that a broad audience would probably not care very much about, but a narrow audience would think is great. so why not just offer it.”

At launch, livestreams on the Breaking News app will not feature video ads, nor is that on tap for the immediate future.

“If it’s breaking news, people want it fast. They’re not going to sit and wait through a pre-roll ad,” said Bergman. “And if we’re streaming a terrorist attack, which we were in the beta app, I don’t think advertisers want to have a pre-roll in front of that.”

“It will be questionable to see how many users value live video, not just given the content, but also given the limitations of mobile video,” said Rebecca Lieb, a digital media analyst at the Altimeter Group. “It’s often not high-quality video and people have bandwidth limitations on their devices, which is where they’re going to be getting these notifications. The pipes are crowded, so your [mobile data] plan probably only lets you access five gigs a month, putting a guard rail around live video.”