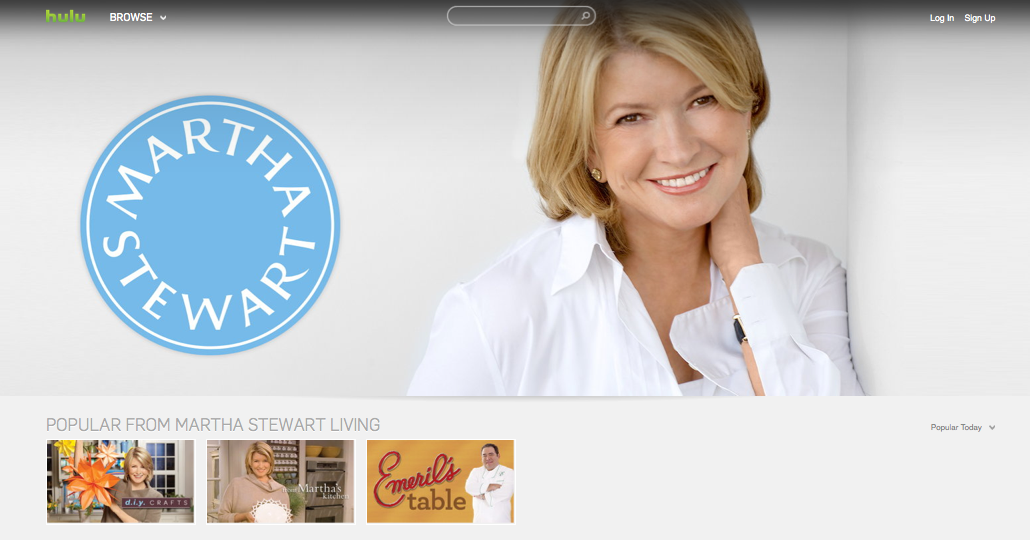 Martha Stewart Living Omnimedia is trying hard to live up to its omnimedia portion of its brand.

That means a focus on digital. Since coming on in July, new CEO Lisa Gersh has spearheaded recent video content deals with AOL and Hulu, and she has implemented a responsive-design site focusing on the imminent shift towards mobile. For a company that has reported revenue losses eight of the last nine years, it faces stiff competition from other DIY sites and has seen a 40 percent drop in ad pages in its magazine over the last year, a change in strategy was clearly needed.

This week, MSLO announced separate partnerships with AOL and Hulu, doubling down on the video-everywhere phenomenon. MSLO will place its short-form, how-to videos on the AOL On Network and reach an audience of about 53 million viewers. According to ComScore, MSLO got 6.2 million uniques in August, up nearly 50 percent from a year ago. On Hulu, the company will show content from its library, which houses 15,000 how-to videos and three MSLO channels — Martha’s Kitchen, Emeril’s Table (he of Emeril Lagasse fame) and DIY Crafts.

“We wanted to make sure we deliver the right content on the right platform, which is why we dealt with Hulu and AOL,” Gersh said. “And in some ways, you can go deeper with video, and it’s easier to consume that knowledge.”

The bet is that advertisers will flock to the company’s bread-and-butter how-to videos, as the videos deliver content and product. How-to videos have proven a big hit online, although Martha Stewart faces stiff competitions from the likes of Demand Media and others.

“The biggest piece of change in consumer behavior is the expectant between the convergence of content and commerce,” Gersh said. “They want to learn about something and then buy that. That convergence is a sweet spot for us.”

The company sells over 8,500 products throughout its properties. Gersh says, “The ability to deliver that to advertisers is valuable.” It doesn’t hurt that the content is being delivered by the Queen of Makeovers herself. MSLO, while betting on video, still believes in the banner.

“I think what’s so attractive is that digital has the ability to be creative,” Gersh said. “Even if it’s a banner, you can animate the banner and make it more interactive.”

Understanding that the digital world is moving quickly and shifting to a mobile world, Gersh realized the site needed to adapt as well. So she initiated responsive design after a year of migrating from Vignette to Drupal, which she says allows for much more nimbleness on the Web.

Gersh says 30 percent of its traffic is coming from mobile devices, and so she is putting some, though not all, of her chips on mobile. Responsive design allows the company to be consistent from desktop to phone for both content and for ads.

“Using responsive design, it’s critical, when you open on a tablet and phone, you want to get the same great content you’re getting on the computer,” Gersh said.

Turning around a company that was focused on magazines and TV is a hardy challenge. Knowing is half the battle, and clearly Gersh and her team see the writing on the wall. Now it’s time to implement.

“We’re at a critical point in terms of how people are accessing digital content, and you have to be thinking about mobile,” Gersh said. “Our view is ubiquity is the new exclusivity.”