5 Lessons From the Awkward Bustle Launch 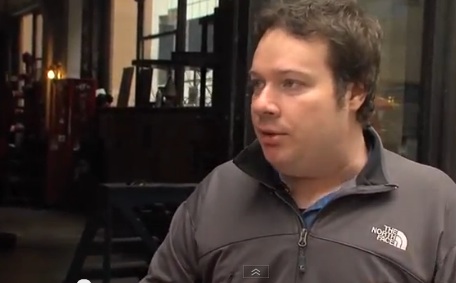 New sites come around regularly, but not many have an outspoken founder and a nice chunk of VC change.

Yesterday, the world met Bustle, a women-focused site created by Bleacher Report co-founder Bryan Goldberg. True to his style, Goldberg unveiled the site with a chest-thumping, at times bizarre post on Pando Daily, where he serves as a regular columnist. Goldberg’s new site drew no shortage of guffaws at the notion that a guy who did a sports site has decided he knows best for the women’s category, where he will compete with a list of competitors running from established magazine brands to digital native publications like Jezebel, xoJane and many others.

I haven’t had a chance to speak to Goldberg, but here are five initial takeaways from the launch — and the reaction it generated on Twitter and beyond:

1. Sometimes it’s best to hire a PR firm.
There’s a time and a place for professional help. This is one. Goldberg’s introduction to the new site eschewed the usual press release in favor of a guest post on Pando Daily. The post veers from the egotistical to the bizarre, punctuated by an odd Q&A Goldberg has with himself. At one point he asks himself if it’s a feminist publication, to which he responds with, “You’re damn right.” (Technically, since Goldberg asked the question of himself, he should have affirmed that he’s damn right.) It’s best to read yourself.

2. Guys saying they know what’s wrong with women-focused media doesn’t go down well with women.
Elizabeth Spiers, a founder of Gawker, took Goldberg to task for believing it was just fashion publications that are his competitive set. She went on to question his assumptions about women’s magazines and their continued ineptitude in digital. And many questioned his belief that he himself had stumbled on the idea that women like to read about both politics AND fashion. Jezebel’s founding editor Anna Holmes gets in the mix, along with media blogger Rachel Sklar. Yikes. On Twitter, the reaction tilted toward negative. Some chose to ridicule the enterprise.

#Bustle started by a man for same reason SpaceX started by a non astronaut: men don’t let ignorance stop them from anything. #lessonlearned

3. VCs are interested in content.
Regardless of your initial thoughts about Bustle, Goldberg convinced some top-tier venture capitalists to put up $6.5 million for the company. There aren’t many details know about Bustle’s plans. At first glance, it’s hard to see why a digital publisher would need, or want, that much funding to start up. Bustle has grand plans, however. Goldberg contends it could become a “billion-dollar company.”

The notable trend to watch is VCs ending their allergy to media. You see, media is messy and inherently not “scalable.” The overwhelming majority of the media companies VCs have backed over the past year have been propped up as tech businesses. (Think how The Huffington Post leaned on the idea that its’ content-management system made it pretty much the same as a tech company.) There’s a chance we’re seeing content become cool again. Imagine.

4. Clutter is out in Web design.
Goldberg was the founder of The Bleacher Report, which took a maximalist approach to Web design. Check out what it looked like three years ago. This is what I like to think of as The Huffington Post approach: go in with overwhelming force. This was the norm for some time. Thankfully, good design principles appear to be returning to the Web. Bustle boasts a nice clean layout with a photo grid not all that unlike Digiday’s new look. The proof is in the pudding, however. All Web designs look pretty good until the ads are introduced. Goldberg hasn’t given an indication of the ad model Bustle will favor.

5. Return to quality?
This is a tough one. The hybrid professional/amateur Web model, pioneered by HuffPo and the Bleacher Report, has many advantages. But we’ve also seen the downsides. The move to open up publishing sites as “platforms” is often little more than a cynical way to produce the most possible pageviews for the lowest marginal cost. Pair it with aggressive aggregation, and you had a winning modern publishing strategy. Goldberg believes this isn’t the way to start anymore.

When we launched Bleacher Report, we did not screen our writers, nor did we pay them. At Bustle, we thoroughly recruit and review prospective writers, and we pay them.

Does this mean professional writers will be great? No. But it is a sign that we might be seeing more emphasis placed on the quality of output rather than simply the quantity. (UPDATE: Then again, if you’re going to pay writers $100 a day for up to six posts, you might get what you pay for.)

For Goldberg’s take on the enterprise, here’s a video he did with The Street.tv, which chose the interesting headline, “Can the Bleacher Report Co-Founder Get to Third Base With Women?” That should clear up any misunderstandings.