Publishers Hope to Cash in on Barcodes 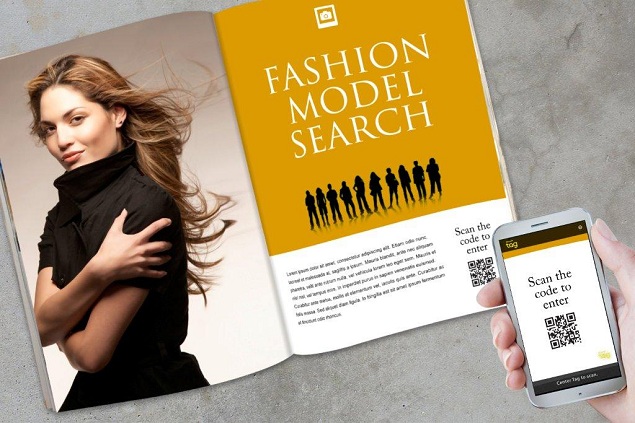 Most consumers don’t scan 2D codes on print ads, but that hasn’t stopped advertisers from embracing them in an attempt to wring extra value from the waning magazine audiences. The codes provide an easy way to extend what was once a straight-up brand-advertising vehicle into a lead-gen or social activation vehicle at relatively little additional expense.

But what’s in it for the publishers? They’ve built businesses selling ad space based on audience demographics and circulation figures, so is the concept of “closing the loop” using digital devices in their best interests? There’s a line of thinking that believes it’s a major mistake for publishers to subject themselves to the type of metrics-based scrutiny that online ad-sellers have become oh so accustomed to, thanks to media buyers’ fixations on click-through rates and eCPMs. After all, it’s not like TV is hurting because there’s no click on a 30-second spot. But the horse has left the barn on tying in hard metrics, according to Conde Nast’s Self magazine vp and publisher Laura McEwen.

“If you’re a media partner in this day and age and you do not have the ability to give metrics and ROI, you would be lagging,” she said. “These codes are a way to provide advertisers that and to make print more interactive.”

Having integrated Microsoft’s Tag brand of 2D barcodes across its editorial content, McEwen said the magazine saw an opportunity to extend the technology to the commercial side of its operations, too. “There are cases where we could sell them to advertisers or there could be fees involved. Often we play the role of consultants and advisers.”

The introduction of QR codes to print ads was largely driven by magazine publishers themselves, which began bundling them with ad packages to help drive sales and to add value. But over the last year, advertisers have begun taking publishers out of the loop, instead opting to build their own strategies and post-code content with other partners.

“It started out as magazines going to advertisers and trying to add value, but that has really changed now,” said Roger Matus, evp of mobile marketing services and technology company Nellymoser. “It’s mostly the advertisers using the technology and putting them in on their own.”

According to research conducted by Matus’ firm, use of the codes in ads in the top 100 U.S. magazines increased more than fivefold between January and December of last year and now feature in roughly 9 percent of creative. Meanwhile, their use in editorial content remains relatively insignificant, suggesting magazine publishers – besides examples such as Self – are playing little part in the growth of the technology, even though it’s becoming increasingly prominent in their books.

“Some advertisers are now putting the tags in themselves. Technology and phone companies, for example, and some beauty advertisers are starting to also. In those cases, we don’t see the results,” said McEwen, referring to the back-end metrics provided by Microsoft’s Tag code-creation service.

It’s not impossible, therefore, to see an instance in which a media buyer would prioritize a certain publication or ad placement based on the data collected from multiple 2D code deployments. McEwan suggested the fact that codes are featured in their editorial helps response rates to codes placed in ads, though, as readers are familiar with the concept.

But maybe publishers win whether they’re involved directly in the QR implementation process or not. Advertisers still need to buy media in which to print the codes, after all, so it seems they’re breathing some new life into the medium either way.

There are opportunities beyond just display ads, though, Matus suggested. For example, codes could be used in more of an advertorial environment or around sponsored content. Self editor-in-chief Lucy Danziger said the brands that participate in their barcode-powered giveaways are excited to be involved.

One major challenge continues to face 2D codes, though, and that’s scale. The fact remains that a relatively small portion of magazine readers is inclined, or even knows how, to interact with them. From advertisers’ perspective, it makes sense to implement a code anyway. They’re cheap, easy, and they occupy little space in their creative. If nobody scans the code at all, there’s no major downside, making it relatively risk-free.

But for magazine publishers, unless they can drive substantial numbers of users to interact with the codes and demonstrate that they’re adding some value, it’s difficult to see how they’ll ever generate any significant revenues from them. That’s why 2D codes remain a technology driven by advertisers, and not publishers or consumers.