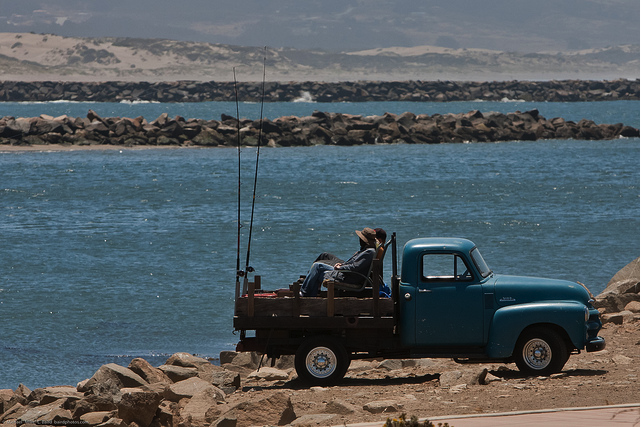 Much is made of marketers now fancying themselves publishers, but there’s a similar flip with publishers acting a lot like marketers.

The fact is publishers are but a drop in the ocean of digital media. They are in competition not just with other publishers in their areas, but with every cat video housed on YouTube, the itch to play Angry Birds, the need to tweet and Facebook. There’s a war for attention, and often content creators come out with the short end of the stick.

Historically, publishers treated content and distribution as a one-way street where they could set the agenda. Newspapers benefited from de facto distribution monopolies. Now, publishers realize they need to compete against the Twitter fire hose. A good way to do that is to change the thinking of what a publisher is; instead of a publisher believing an outlet is a content mechanism, the publisher now has to think that the outlet is a brand.

“The media business went from being one of controlled distribution, where it didn’t have to work to be a brand, to a business where distribution is unlimited,” said Deanna Brown, CEO of Federated Media. “The quality content can get lost if not appropriately marketed.”

Publishers are using the social Web to investigate new ways of bringing readers into their digital enclaves. Some of the tactics employed are outlet-branded Twitter and Tumblr accounts that share links, Facebook pages, SEO for headlines, real-time analytic tools and new style content distribution networks.

Publishers are now capable of marketing themselves in ways that used to be outsourced to circulation marketing companies. They use tools like Outbrain, which helps publishers recommend relevant content to its readers, and JumpTime, which lets publishers analyze content to better monetize it. Additionally, just as brands employ SEO best practices to drive customers to their sites, publishers, too, can use SEO techniques to drive readers to their sites.

“We have experts around search and have seminars with all the editors for best practices for constructing headlines so you maximize search traffic,” said Troy Young, president of Say Media. “That needs to be a part of your editorial process. It’s all about training editors in the modern news room.”

For example, Young referenced the social imperative at two of his publications, Remodelista and XOJane. He says that the process starts with having the right social strategy for every media brand and every media team. Pinterest is an appealing marketing tool for Remodelista, as both share key demographics and are both visually oriented. Since XOJane relies on the personal brand recognition of Jane Pratt and is focused on the site’s vibrant community, using Twitter and Facebook as sharing mechanisms makes sense. This is now standard stuff for publishers, but it’s a long way from how things were done in the one-way media era.

“It starts with the right social strategy for every media brand and every media team,” said Young. “The editors have a playbook for what the writer should be doing. Part of being an editor in this company is participating in social media. Every property has a social media coordinator that works with the editorial team. I don’t think this is any different than a brand using social channels.”

As good as these tools are to driving traffic, the content still needs to be unique and the user experience needs to be compelling. Talking to publishers, there’s an underlying theme that a reader’s experience is what matters. This echoes the advertising adage that building a customer base is predicated on the consumer falling in love with, and then being loyal to, that brand.

“Experience matters in creating loyalty,” said Raju Narisetti, managing editor of the Wall Street Journal’s digital network. “[Today] is Super Tuesday and will be a big day for media. So people can go anywhere to find information. If they find a great experience at the Journal, that’s what will make people come back to us next time.”

We see this when we follow a reporter on Twitter or subscribe to their Facebook page. One of the strongest tools a publisher has is its staff. The closest thing a publisher has to a brand ambassador is its staff. Reporters sharing their stories and engaging its audience is a huge asset for a publisher’s marketing strategy. Technology has accelerated this trend and is now an integrated part of being a journalist. The idea of journalists sharing their content isn’t new; the difference is now that media can now do this in real time.

Federated Media’s Brown sees a similar equation: publishers being brands equates to brands being conversational. She says that traditional publishers are now learning how to be conversational, which leads to an altogether more positive experience for the consumer. And that, ultimately, is the best marketing a publisher can have.

“Publisher is a broad term,” said Brown. “People who create traditional media assets, those people are thinking more like brands. Publishers are particularly good at asset creation, but it’s more about finding the context of what is valuable, which is finding conversation about a topic and ultimately bringing content to that.”