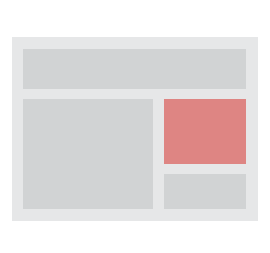 Google’s focus on the display space shows no signs of weakening, as it continues to invest in its range of display ad products and technologies. That stack gives it unparalleled insight into the overall state of the display ad market, from which it released some data today designed to address some of the assumptions often bandied about the industry.

First up: Banner ads aren’t dead yet, but small ones are. 468×60 units — once the workhorse of online advertising — now account for fewer than 3 percent of all display ad impressions. Meanwhile the “three musketeers” — the medium rectangle, leaderboard, and skyscraper — represent almost 80 percent of total impressions.

Next, mobile and video continues to gain traction. Growth in mobile Web impressions on Google’s ad exchange and AdSense network increased 250 percent between the third and fourth quarters of 2011, while video ad impressions increased almost 70 percent across its Dart for Publishers ad serving technology over the same period.

In terms of geography, Google said it still serves the vast majority of its impressions in the U.S., but is seeing strong growth, unsurprisingly, from smaller markets in the Middle East and Africa. It’s also seeing strong representation from China and Japan, it said, which now represent 11 percent and 6 percent of the display impressions it serves, respectively.

Finally, it pointed out that sites in the shopping, sports and auto category saw the strongest impression growth in 2011, while 15 of its 25 publisher verticals displayed double-digit growth, overall.