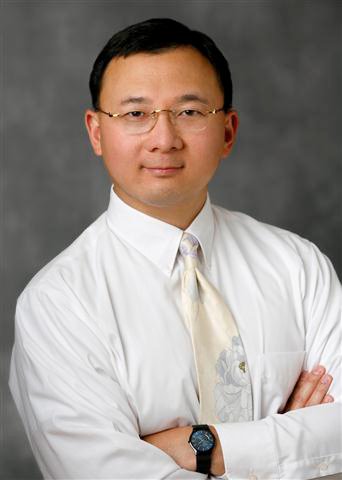 The impending Facebook IPO has been getting all the expected buzz. It appears to be a legitimate hit after Internet IPO stumbles. After all, Facebook’s revenues nearly doubled from $1.9 billion for 2010 to $3.2 billion in 2011. The picture is muddier when you dig in, however, and understand the dynamics of Internet advertising.

Facebook isn’t growing as fast as it used to. The law of big numbers has kicked in. From Compete data, we can see that pageviews are down 54 percent at 48 billion, from a high of 100 billion pageviews in August 2010. Average stay is down 35 percent at 17 minutes from a high of 26 minutes in January 2011. Visits per person is down 34 percent at 20 per month from a high of 29 per month in January 2011. And pages per visit is off 60 percent at 15 pages from a high of 35 in February 2010. These declines have been in nearly a straight line and have been consistent over many months, not a temporary glitch. Facebook’s ad growth has come from increasing the number of ads shown per pageview from four to as many as seven over the past two years. This can be seen as a major disservice to advertisers and one that also further depresses the already low click through rates.

As more and more advertisers focus on metrics and ROI, they will shift from just buying reach and frequency via cost-per-thousand based ads to cost-per-click ads where they only pay when they get the click. This trend has been in effect since Google burst on the scene with CPC based search ads. In the latter half of the last 15 years, CPC based search ads have taken over two-thirds of the online advertising market, leaving the once dominant CPM-based display ad players like Yahoo and AOL crippled for life. On Facebook, advertisers can click a single radio button to move from CPM to CPC based payments for ads. If enough of them get smart and do this, Facebook’s ad revenue could fall off a cliff.

Just like Google recently reported a 12 percent decline in average CPC ad revenue, on the heels of an 8 percent decline in the fourth quarter of 2011, the online ad industry could see a further drag on average CPC and CPM ad rates. This is partially due to the rise of ad networks, which are based on “free market” dynamics — advertisers bid on ad inventory and suppliers/publishers accept certain bids. This moves away from the direct sales model of large publishers and the historic premiums that vertical content publishers were able to charge. The enormous “inventory” of junk impressions that Facebook dumps on the market — some 400 billion per month — further dilutes the industry average.

Finally, even CTRs are on the decline, signaling an overall decrease in quality of the ads and attention to and interest in the ads. Using Facebook numbers alone, historically they have been a “rounding error to zero.”

Serving up to seven ads per pageview artificially depresses click through rates because it inflates the denominator in the clicks / impressions formula. And furthermore, eye tracking studies have shown that users seldom look further than the first two ads on the right side and often don’t even see the ones further down (below the fold). Even with their claimed targeting ability, Facebook CPMs and effective CPMs remain the lowest in the industry.

The usage of Facebook on mobile devices like smartphones and tablets like the iPad has grown dramatically. According to their IPO filings, over half of Facebook’s 800 million registered members use it via mobile. Unfortunately Facebook makes no money on mobile yet and continues to struggle to find ways to monetize it. As we move away from the large number of CPM based ads shown next to content on the website when viewed on a computer to the much shorter interaction times on mobile devices, the number of ads that can be shown will be orders of magnitude lower — e.g. Facebook cannot serve one full screen ad in between each picture the user views on their smartphone.

Also, in-game and in-app ads will disappear entirely on mobile devices because those apps and games mostly don’t work on these devices. And while other revenue streams such as payments and transaction fees on its virtual currency have grown from 1 percent of revenues in March 2010 to 17 percent of Facebook’s revenue by the end of 2011, it may not be enough to offset the nosedive in ad revenues due to the aforementioned impacts.

So while the Facebook IPO story may look shiny on the surface, there are deeper, fundamental issues which we consider the many weaknesses of the Facebook model., yes, notice the plural. So “Buyer Beware” and at a minimum set very tight stop-losses.