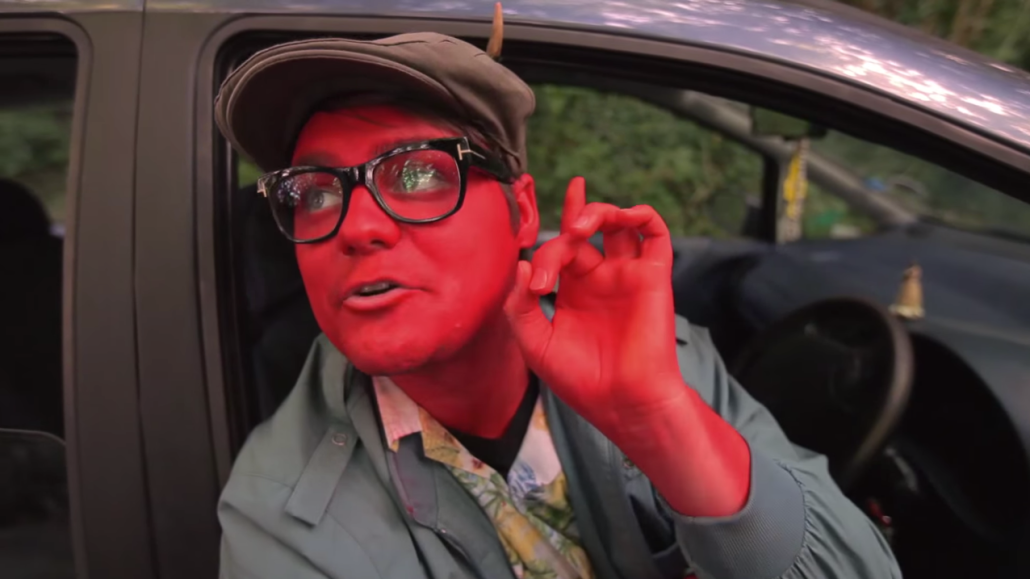 For scrappy, indie video platform Vimeo that means differentiating in everything from advertising (it has never had any) to tech (it has a host of tools for creators and the sharpest streams around). And increasingly, it means offering exclusive series from — you guessed it — YouTube stars.

The video-streaming platform has inked a deal with New Form Digital Studios, which will produce four video series from YouTube stars for Vimeo. When the episodes go on offer later this year, they’ll join more than 14,000 other titles on Vimeo on Demand, including “High Maintenance,” Vimeo’s first original series. The New Form series will eventually arrive on other platforms, but Vimeo will get them first. In return, Vimeo will help finance and market the content.

Vimeo introduced its “On Demand” marketplace in March 2013, enabling anyone on the platform to charge for access to their videos. The revenue split is appealing for creators: They keep 90 percent, Vimeo takes 10 percent. It offers digital video talent a way to make real money — without shilling for brands.

The most successful filmmakers using Vimeo on Demand have an existing audience, funneling their fans from social properties to the Vimeo platform. Plenty of prominent YouTubers, including Taryn Southern, Joey Graceffa and Phil DeFranco, have diversified their revenue streams by selling their best content on Vimeo, while still offering the rest up for free on YouTube.

But content discoverability and recommendations remain issues for Vimeo, which made its reputation as a community for video creators, but not necessarily for video consumers. Securing great exclusives is a key part of tackling that perception problem. Another part is helping people find them.

“The world doesn’t need another platform that is focused on selling the top-run studio movies with undiscoverable masses underneath,” said Sam Toles, vp of content acquisition at Vimeo. “We are obsessive about making that search and discoverability experience better, because ultimately if we are going to [be successful], we have to get better at curatorial voice and having relevant content rise up through the product.”

Vimeo and New Form have already settled on the first two series: “Parallax,” a sci-fi series from YouTuber Sawyer Hartman in which an astronomer tries to save the world from an impending meteor shower, and “Oscar’s Hotel,” a quirky fantasy romp from YouTuber PJ Ligouri (better known as “KickThePJ”) about a hotel for magical creatures.

“YouTube has always been a great platform to grow and develop my skills, but Vimeo is a platform better received by the professional filmmaking community,” said Hartman. “And with Vimeo’s desire to expand, it seems to be a good collaborator in bringing online content to the more traditional standards.”

“Parallax” and “Oscar’s Hotel” are both based on short films funded and produced by New Form, which debuted 14 shorts from YouTube creators in October with the intention of turning those projects into series.

“When we did the shorts, we kept close track of engagement on YouTube,” said Kathleen Grace, New Form’s chief creative officer. “And we consistently saw high engagement in the data, so we think we can convert that passion into paid [streams and] downloads.”

Vimeo has a sizable audience, reaching over 170 million unique users each month, according to the company. The platform racked up more than 38 million video viewers on U.S. desktops in November, according to analytics company comScore.

That’s nowhere close to YouTube, which attracted close to 156 million unique viewers on U.S. desktops during the same period. But the audience gap between Vimeo and YouTube doesn’t bother Grace, who left YouTube to join New Form last year.

“In the transactional video-on-demand model, passion is more important than size, because you’re asking someone to pay for something individually,” she said. “You have to have people who really give a shit, and the Vimeo audience does, Sawyer’s audience does and PJ’s audience does.”