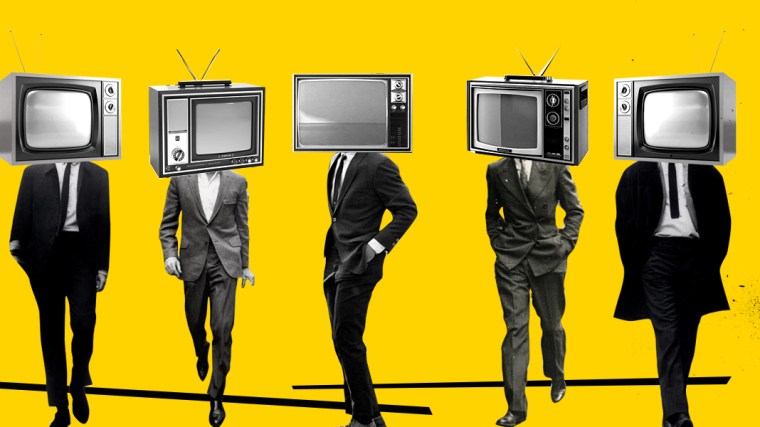 There’s been an acceleration in new types of TV advertising. While it’s more advanced than ever before, TV buying has also become more complicated, leading to a multitude of issues, from frequency inconsistencies, holes in measurement and limitations in inventory.

State of the industry

Television has not historically been known for its flexibility when it comes to ad deals. But during an economic downturn and a time of crisis, advertisers are pursuing buying options that give them more clarity in audience targeting and measuring ad impact, as well as more freedom, in the most extreme cases, to back out of campaigns.

Timing wise, the pandemic hit during one of the busier points of the year for networks and streaming companies. Right now, producers would be working on their slate of fall shows. Sports would have had March Madness, the NBA and NHL Playoffs, the Masters and the start of the MLB season all to advertise against.

“If the studios can get up and running by August 1, then they will have content for [the fourth quarter]. Unless there is a major flareup in the fall,” said Catherine Sullivan, chief investment officer at Omnicom Media Group.

Streaming wars have also come to a head, with HBO Max, Peacock and Quibi debuting within a two month period. Luckily, the streaming audience is growing in tandem — from January to February, subscription streaming services and ad-based streaming services grew by 29% and 41% in viewership month over month, respectively, according to Brad Stockton, vp of video innovation at Dentsu.

In the midst of all of this, networks and marketers are occupied with the annual TV and digital video upfront advertising negotiations, despite them taking place virtually this year. And the conversations taking place have a lot sharper negotiations than in years past.

One big change in TV’s move to mirror the way digital works is in cancellations. Right now, TV has an average of a 60-day cancellation window but advertisers are pushing for this to decrease to closer to digital’s 14 days. The shift towards a higher streaming audience and a majority of viewers watching from CTVs (any programming that is delivered through the internet) is helping to encourage closing the gap between the way TV and digital ads are bought and sold as well as the terms in which deals are done.

“This is the first year in many years that we’re going to see that paradigm switch to more of a buyer’s marketplace,” said Sullivan.

In this new landscape, it will be harder for linear networks to continue to compete against streaming services and you will continue to see more advertising dollars shifting towards streaming, Sullivan said.

This will be demonstrated during the upfronts negotiations as well, as now more than ever advertisers are going to push for networks to connect the dots between the ad buys made for linear audiences and streaming audiences.

While linear has the strengths of knowing exactly where ads are going to run against content, it is limited in revealing exactly who the consumer is that is watching the ads. Meanwhile, CTV has the ability to get far more detailed in that audience, but there are giant gaps in knowledge around frequency in how often the ad runs as well as where it is showing up. Advertisers are demanding for a bridge to be made between the two in order to streamline ad sales.

In this deep dive on the future of TV, we’ll unpack the trends in viewership that are emerging from the pandemic and what it means for advertisers who are being exposed faster than ever to the CTV marketplace.

Here’s what you need to know.

The pandemic is accelerating the growth of streaming platforms

The television industry was already on the trajectory of having streaming platforms become the dominant platform for consumption, however, this trend was accelerated during the pandemic. From the week of March 1 to the week of April 19, there has been a 31% increase in weekly ad-supported streaming hours, according to Dentsu’s Brad Stockton.

“We know that this will stabilize eventually,” Stockton said. But the introductions made to CTV and streaming services during this time will leave a lasting impact in how these viewers choose to consume content in the future, therefore shifting where advertisers think about spending their TV budgets.

Next year, the projection is that $10 billion will be spent in CTV advertising alone.

BOTTOM LINE: Streaming platforms are on their way to making up a dominant portion of the TV marketplace, and this trend is only being accelerated by the shelter in place mandates keeping people at home and in front of screens. Brands will need to adjust their media spending in order follow where the audiences are going.

Automation will grow from this acceleration of streaming, but crossing over from linear to streaming will take a lot of work.

Automation in television is not like the open auctions that media buyers are used to in display advertising. It is still manual to a degree, said Stacey Stewart, evp and managing partner of integrated investment at UM Worldwide. This is because there is still not a seamless way of making a media buy on a streaming platform and on linear television.

When it comes to linear, each network is still siloed in how their media buys are conducted. “There is an old school mentality of wanting to sell at a premium,” Stewart said, adding that content production is expensive and the networks want to make sure that they’re monetizing it properly. There is also some concern over having the “race to the bottom” occur for pricing, the same way that it did for display advertising online.

BOTTOM LINE: Automation in TV sales is a lot different from programmatic selling in display advertising. And it’s even harder to achieve in linear TV because there is still a manual component that will not be completely removed from the processes until siloing has been dissolved between the networks.

Navigating the crowded landscape of CTV

The CTV marketplace continues to grow but remains convoluted with the number of streaming devices, app directs and demand-side platforms that play a role in buying and selling taking place in this universe.

Media companies, CTV platforms and ad tech intermediaries can all sell ads within the same streaming services. This enables a rich opportunity for a lot of wasted ad impressions. It can also make it difficult for advertisers to know where exactly their ads ran and which placements performed best.

There are four nuances within the CTV marketplace that advertisers and agencies need to make sure they’re understanding in order to navigate optimally:

BOTTOM LINE: Despite the targeting and measurement capabilities that CTV affords to advertisers that linear TV does not offer, CTV is a convoluted marketplace. There are several points of entry through several platforms, providers and vendors, all of which are unable or unwilling to communicate exactly where and when your ad will appear.

Gross Rating Point, or GRP, has been an industry standard for measuring the total number of people an ad will reach, but beyond that, brands didn’t receive any insights into audience age, interests or what impression they have of your brand after receiving your message. Nor does GRP ultimately reveal the impact on your bottom line.

Automated content recognition (ACR) has since come on the scene to help deliver significantly more insights into how ads are consumed on CTV platforms. ACR technology works in smart TVs and can tell you exactly what is being shown on a screen. This means it can track which ads were broadcasted to each specific household, as well as what programming they’re watching at any given time. Project OAR and Nielsen Gracenote are two of the ACR tech providers that are supplying these measurement capabilities.

BOTTOM LINE: ACR is a great replacement for GRP given its ability to understand both the reach and frequency of ads. It also provides insights into change in audience perceptions and ultimate sales made from ads, where GRP only states the total number of people an ad will reach.

The issues with ACR technology

ACR may provide a level of in-depth audience metrics that TV otherwise wouldn’t have, but there are privacy issues that definitely bubble up given the level of detail that it collects. Of course, smart TV owners have to opt-in and consent to data being collected from their screens, but there are other concerns over whether or not this technology is compliant with GDPR and CCPA. Because of this, brands are hesitant to invest in this type of measuring.

BOTTOM LINE: ACR has the potential for major privacy problems. As the industry figures out what the next waves of privacy regulations will look like, ACR falls within an uncertain middle ground of whether or not it will be protected by those laws, or it will have to be adjusted and restructured in order to become compliant.

“There is still a little bit of ‘Is this TV or is this digital?’ when it comes to connected TV.”

There is a perfect storm where CTV fits into the way that both the digital and TV teams want to buy. Since it can fit within the digital, TV and omni-channel budgets, marketers can have a lot of flexibility in accessing this area. And not only are there so many points of entry, but CTV is the biggest screen in the house that also supplies brand safety, so now is the time to invest there, Fisher said.

“Being able to buy programmatically [allows marketers] to be able to vet the various players in the space to ensure that there is a level of quality that is met in the CTV environment.”

Being able to have one streamlined measurement approach across an entire CTV buy would be the ideal scenario for brand safety, Anderson said. It would be the standardized currency for brand safety and dealing with ad fraud. From a tech perspective, however, there is still a lot of work to be done to get all the components needed to achieve that.

“What is a similar audience that we can get if live sports don’t come back? Clients are trusting us and the marketplace for coming up with alternatives for meeting that specific audience.”

Sullivan said that 57% of sports viewing takes place between September to January, in non-Olympic years. The hope is that live sports will return for that period of time, and many brands who specifically want to hit a sports audience have delayed their budgets for when that time comes. But in the event that live sports do not return on time or brands can’t wait that long to hit that audience, there have to be alternative options to reaching that audience. This is pushing forward the audience-based buying model to determine where those sports fans are when sports isn’t on.

Charlotte Lipman, senior manager of business intelligence at Xandr, said that half of those sports viewers have shifted to watching live news in the past several weeks while 25% have begun watching more feature films.

02
Event video: What the pandemic means for the future of TV and automation
03
See the slides: Omnicom Media Group on how the pandemic reshapes ad buying 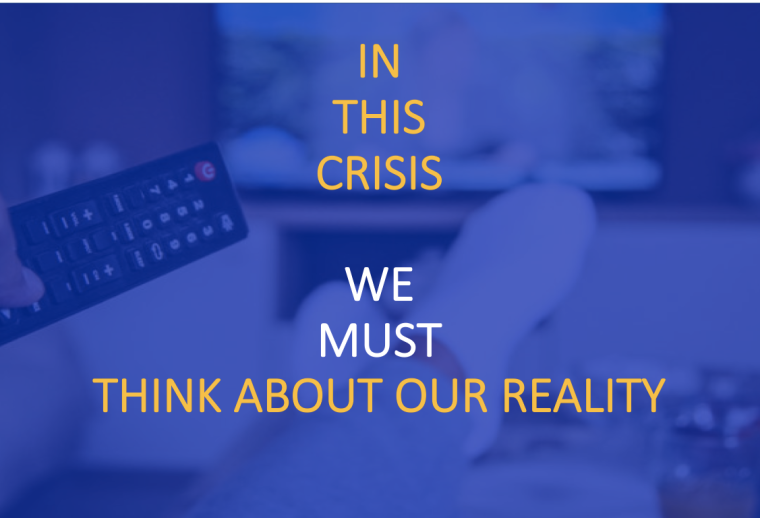 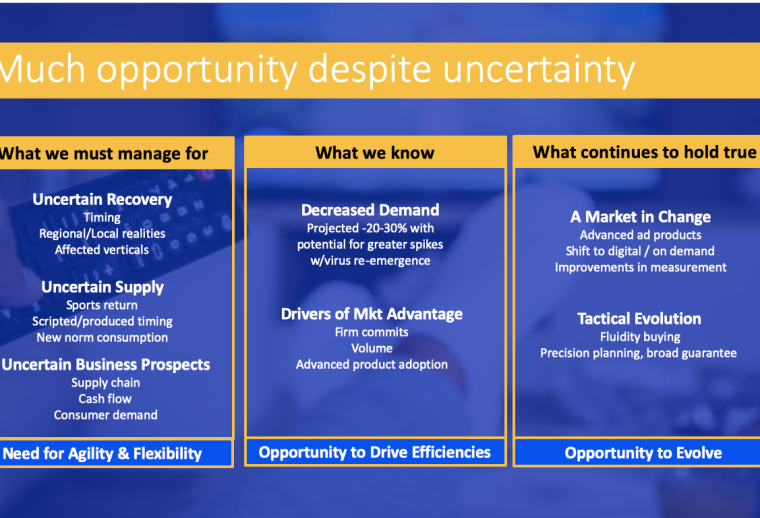 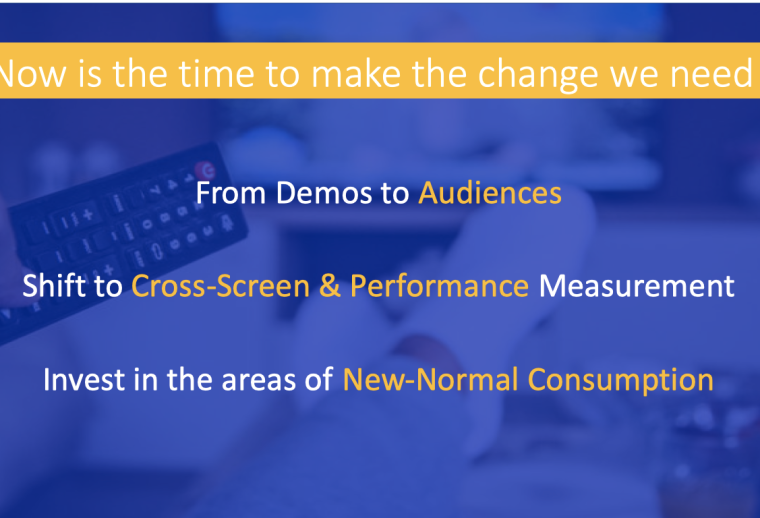 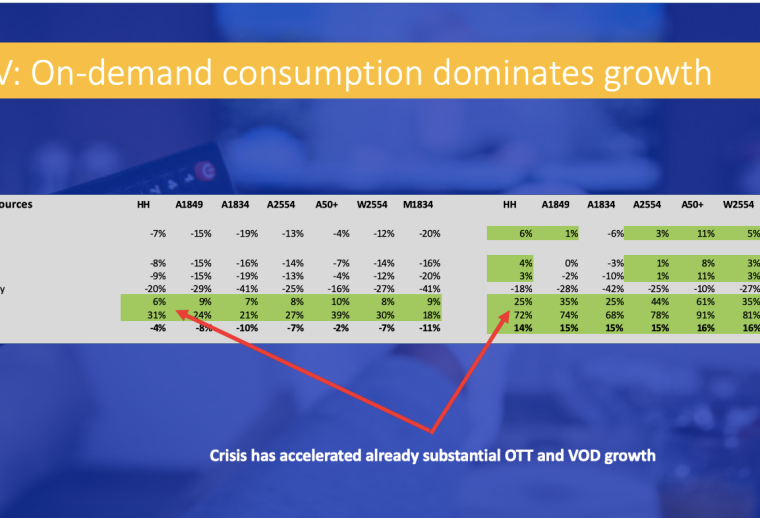 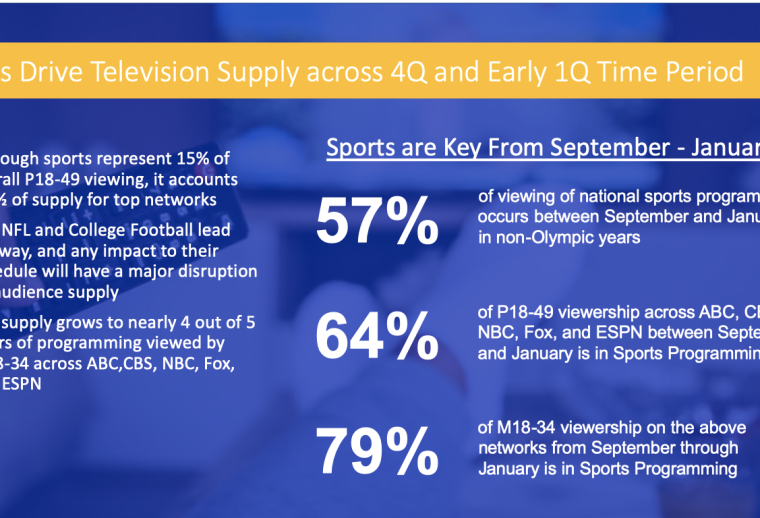 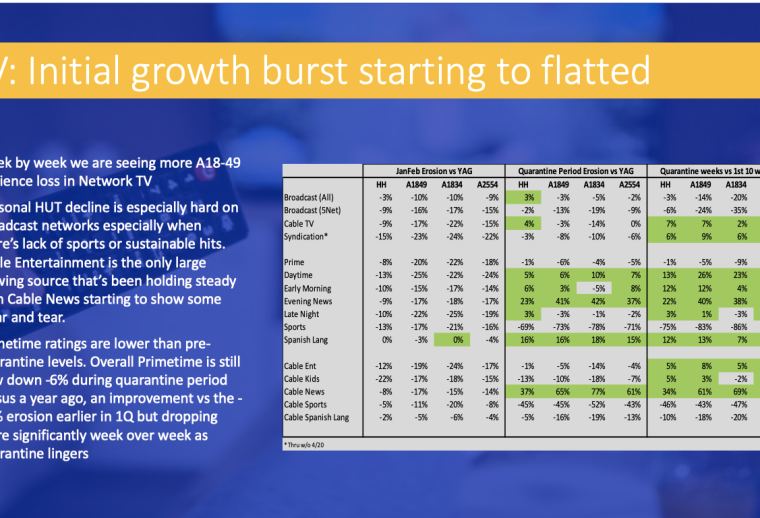 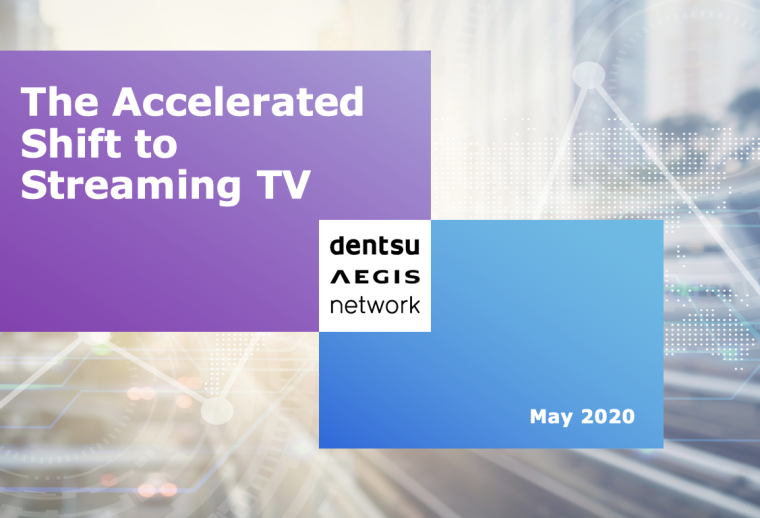 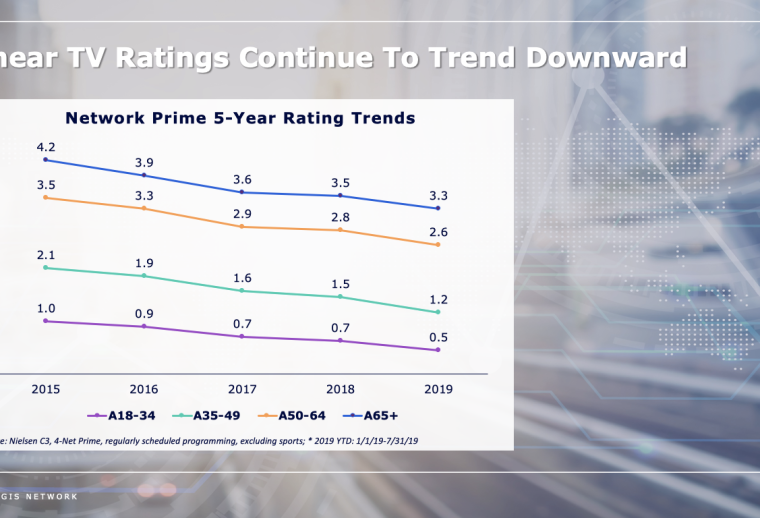 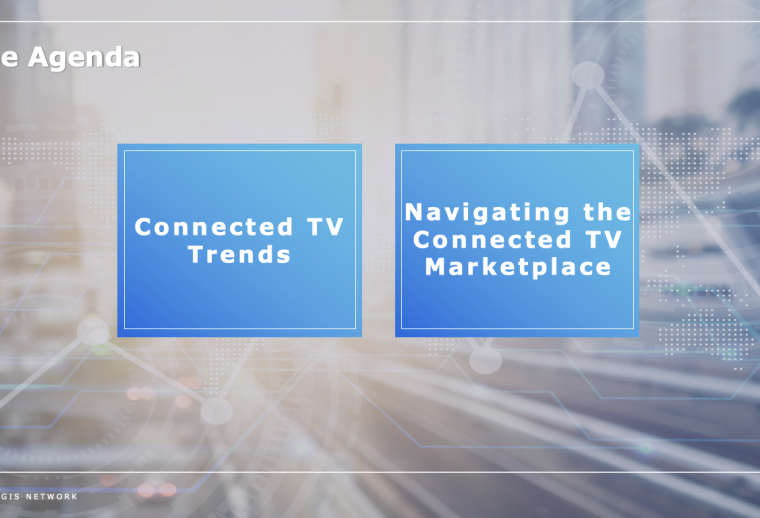 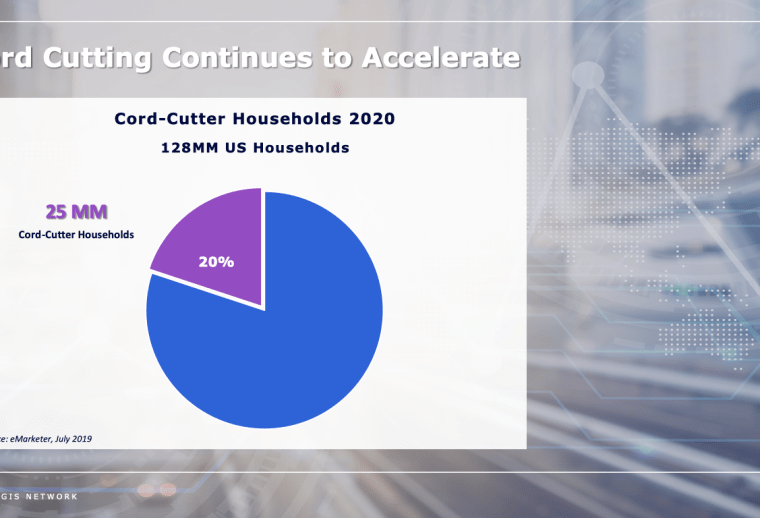 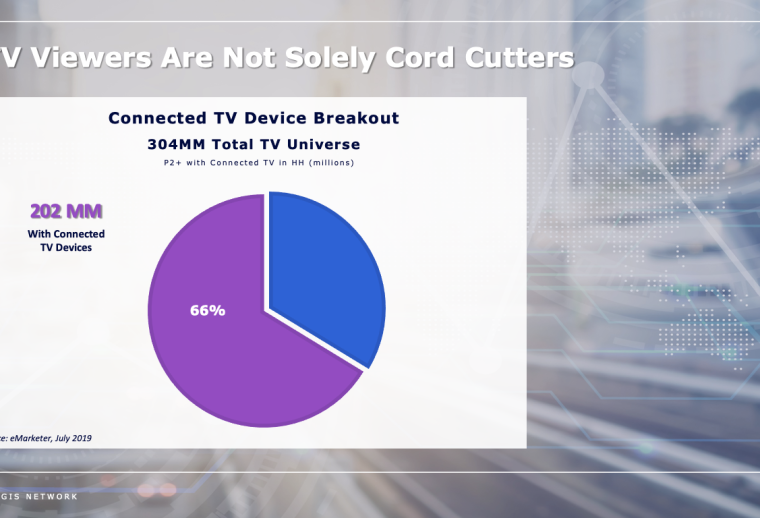 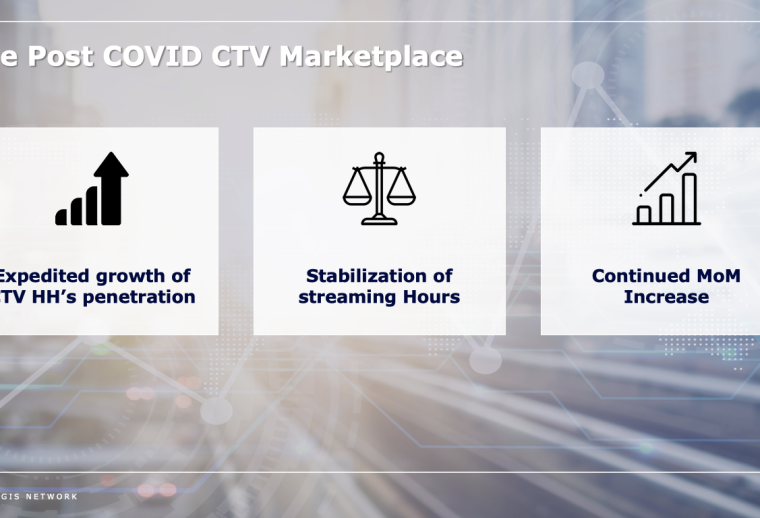 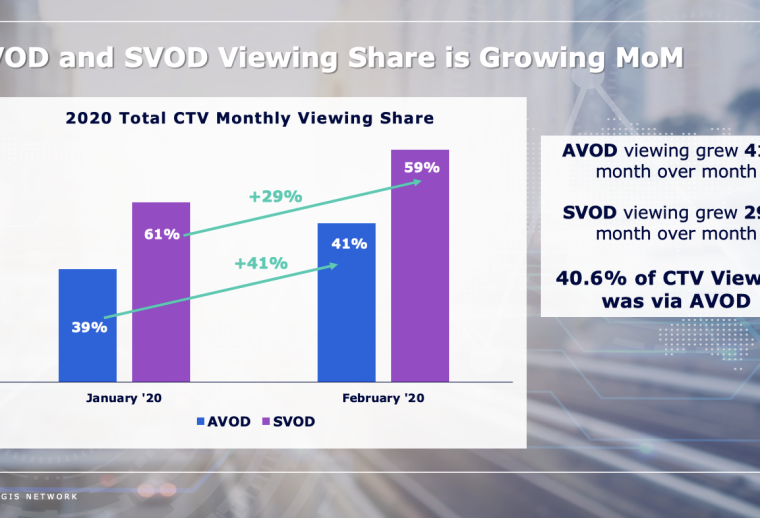 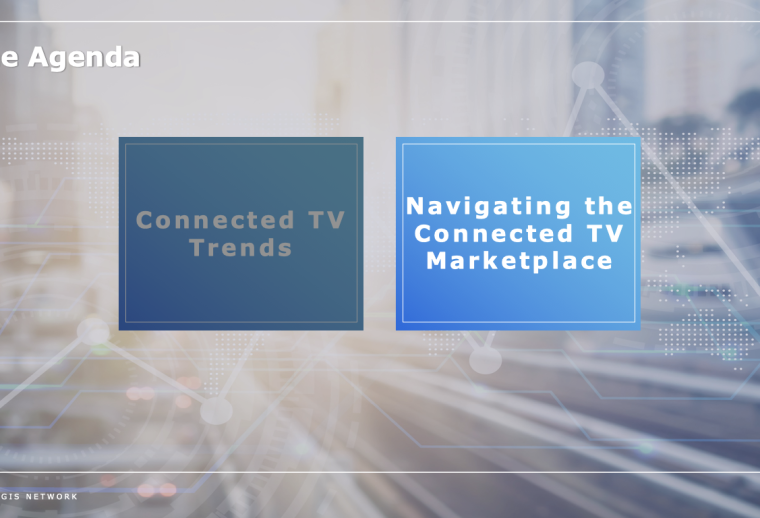 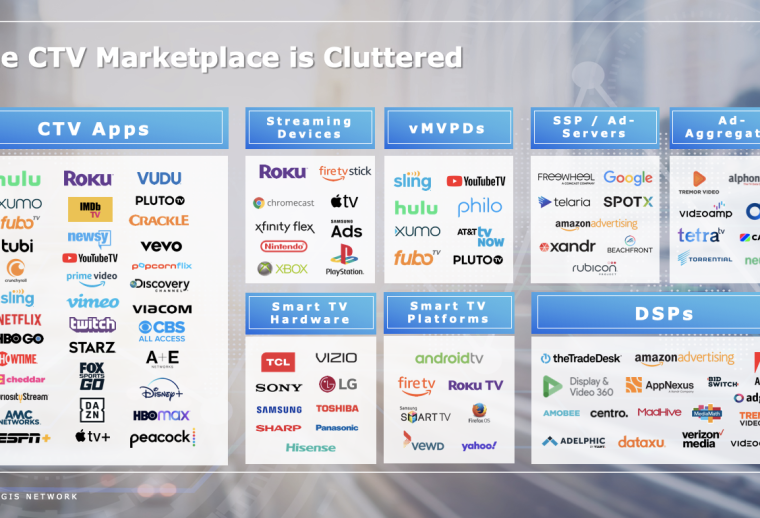 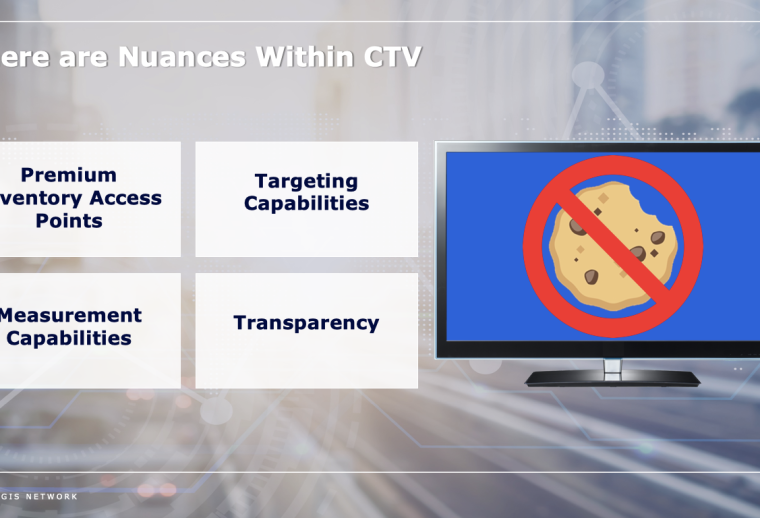 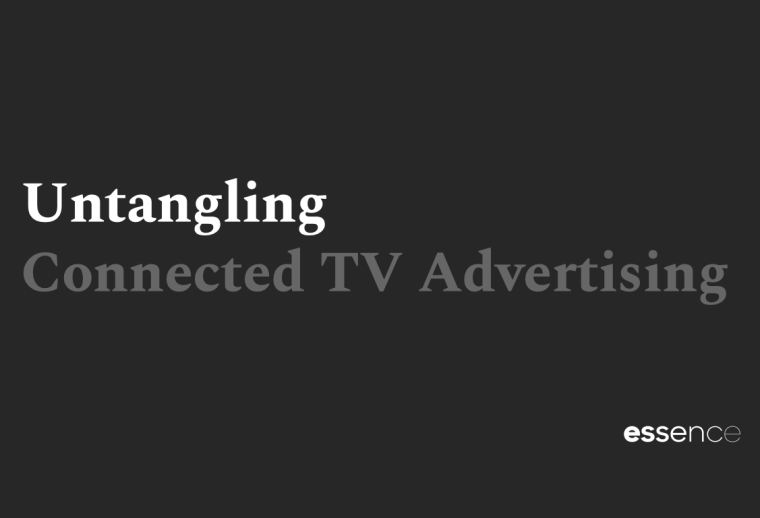 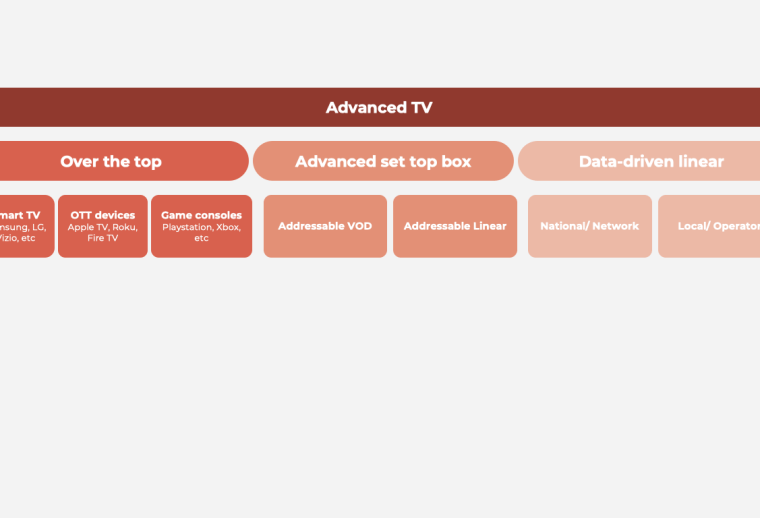 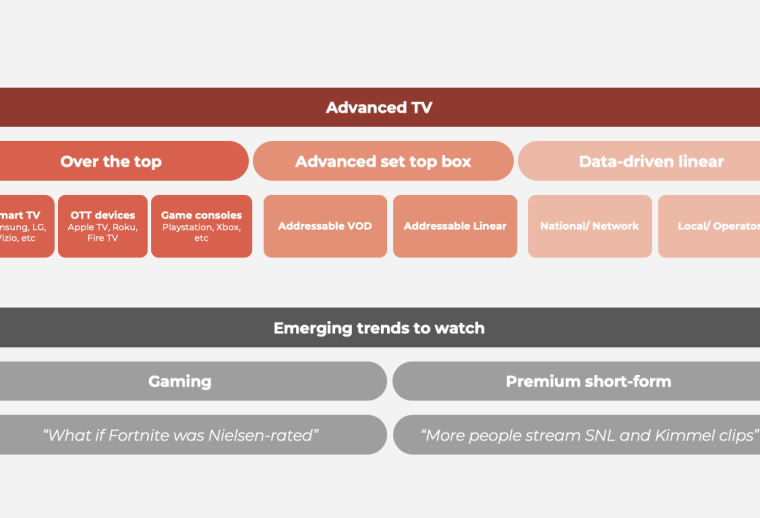 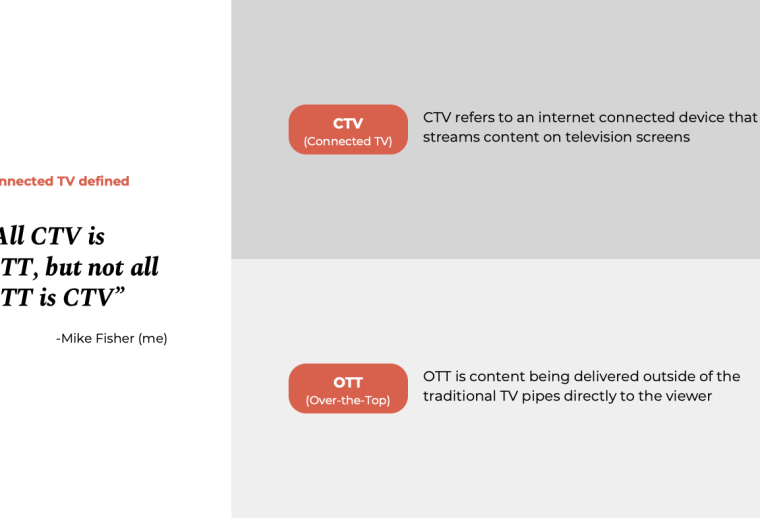 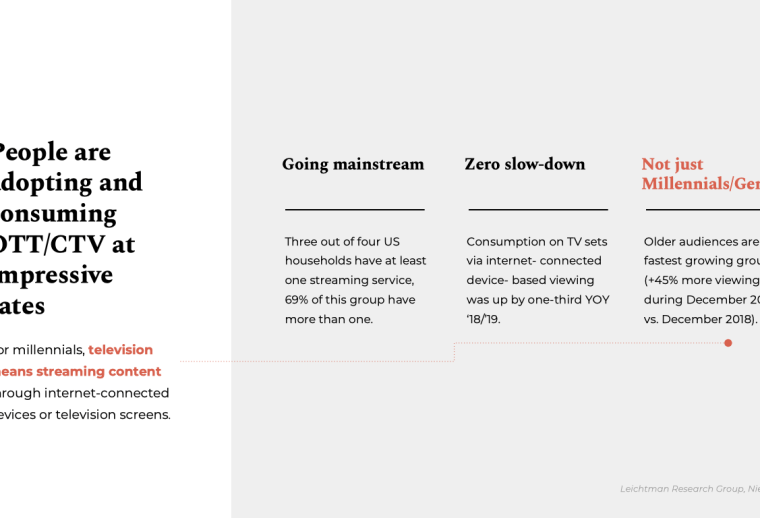