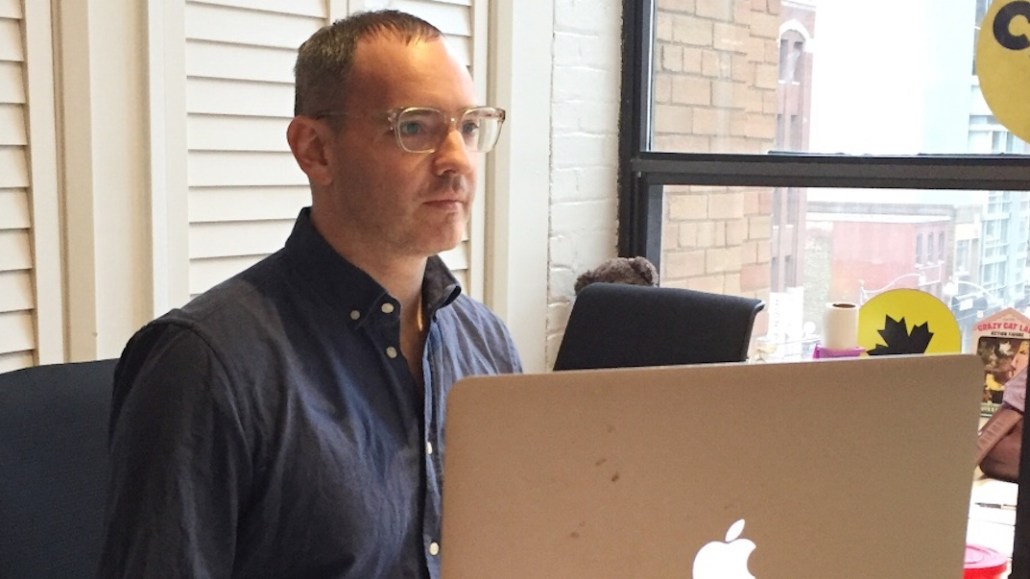 Craig Silverman has been studying fake news for years, but things really started snowballing in the months leading up to the presidential election, with the rise of false political stories. As BuzzFeed’s first media editor and resident fake news expert, the Toronto-based Silverman has his hands full debunking specious reports and helping other news organizations do the same. “The hardest thing right now is, there are just so many stories,” said Silverman.

While he’s glad to see so much more interest in the subject, he worries that the term “fake news” has lost its bite. “When I use it in stories, I cringe little bit because the term’s been so misused, it’s meaningless,” he said. “So I try to use ‘hoax’ or ‘propaganda.’ If you write a story and use ‘fake news’ in the headline, you might be able to get more attention for it. But I worry about adding to the confusion.”

Here’s a recent typical day in his life, lightly edited.

6 a.m.: I get up earlier than usual so I can catch an early flight to New York. Since the election, I’ve been going there at least once a month. This time I’m going down for a dinner BuzzFeed is hosting tomorrow night to talk about fake news.

6:30 a.m.: On the way to the airport, I work on a story about an American studying in Russia who is the person behind an anonymous “fact checking” site trying to debunk “bogus claims about Mr. Trump and Russia’s government.” Someone on Reddit found information supposedly linking him to the site and I’ve been working to confirm it. I used historical domain registration records and other sources to show that he is in fact the owner of the domain. It’s typical for us to use historical domain records and other publicly available information to find what’s really behind it.

8:35 a.m.: On the plane, I work on my story and a lecture about fake news and online misinformation I’m giving at Ryerson University next week. After we land, I email the story to Hayes Brown, our deputy world editor.

10:44 a.m.: After getting out of the taxi I call Brooke Borel, author of “The Chicago Guide to Fact-Checking.” She wants to talk for a story about fake news and debunking. We commiserate about the fact that it’s very hard to convince people of correct information once they’ve accepted something false. I often feel like people expect me to have an answer for how we solve online misinformation and confirmation bias. Human nature plays a huge part in all this. It’s colliding with the big platforms and algorithms that are feeding us more of that.

11:15 a.m.: I talk to the editor-in-chief Ben Smith about a story idea I have related to online conservative media. He promises to send me some contacts to reach out to.

12 p.m.: I do an embargoed briefing with a product manager at Facebook about changes they are rolling out for the Trending product.

12:25 p.m.: Lunch is free on Mondays and Wednesdays in the New York office. I eat a salad at my desk while reading up on tools you can use to extract metadata from PDFs. I’m always looking for new investigative tools and techniques. This is relevant to the story about the guy in Russia, as his anonymous fact-checking group released their report as a PDF.

2:30 p.m.: I use BuzzSumo, Twitter and CrowdTangle to check if anything is trending from fake news sites or other dubious sources. When I first started looking at fake news in 2014 I had a list of 12 to 15 sites I looked at on a regular basis. It’s probably over 100 now.

2:40 p.m.: A Google Alert about fake news leads me to a piece in The Federalist by Sean Davis about journalists overreacting to Trump news and getting stuff wrong. It’s something I’ve seen as well.

2:50 p.m.: Check what’s trending. I see that a post in Gateway Pundit making claims about the woman who helped organize the Women’s March is getting some traction. I see that someone from our social news team is already looking into it. I also check the open rate for my newsletter from the night before. I can’t help it…

3:05 p.m.: Miriam Elder, our world editor, sends me her edits on the Russia story. I work on those and send the story back to her. Later I’ll send it to legal for review.

3:56 p.m.: A colleague emails to ask for the URL for my list of verification/investigative resources and tools, which is public and can be found here.

4:36 p.m.: Email Kate Starbird, a computer scientist at the University of Washington, for a comment on the Trending changes. In a previous story I did, she talked about the need for Facebook to promote content that is getting broad engagement on its platform, and that was one of the things Facebook was announcing.

4:44 p.m.: An editor who works on the entertainment side at BuzzFeed messages me to say they are thinking of trying to create service-y content around media literacy. I offer to help as much as I can.

7:28 p.m.: Check in to my hotel and walk across the street to get some Chipotle. I eat while watching “Modern Family.” We have two young kids and no cable at home, so watching TV even for a bit feels weird and special now. Instead of a fork, I use the chips to scoop up my steak salad. At one point the whole thing falls into my lap. Everything is fine.

9:29 p.m.: This Washington Examiner story about the owner of a limo that got torched during the Trump protests in D.C. was dropped into the Slack room we have for the folks who work on debunkings. I do a bit of checking and see that it all seems legit.

9:38 p.m.: I read a story about researchers who may have come up with a clever strategy to help make people less likely to accept misinformation.

9:54 p.m.: A new tool called TrustServista is being developed by a team in Romania thanks to a Google grant. It will help you identify the spread of a story from one next website to the next, and ideally help identify where a story came from. I got a login earlier in the day so I briefly login and check it out. They are only in alpha now so not too much going on yet, but it’s one to watch.

10:15 p.m.: I close my laptop and read “The Attention Merchants” by Tim Wu about the history of advertising and attention capture. I’ve been trying to get a historical sense of how society responded to TV and other new forms of mass communication, and how that might apply to Facebook today. This book is helping.