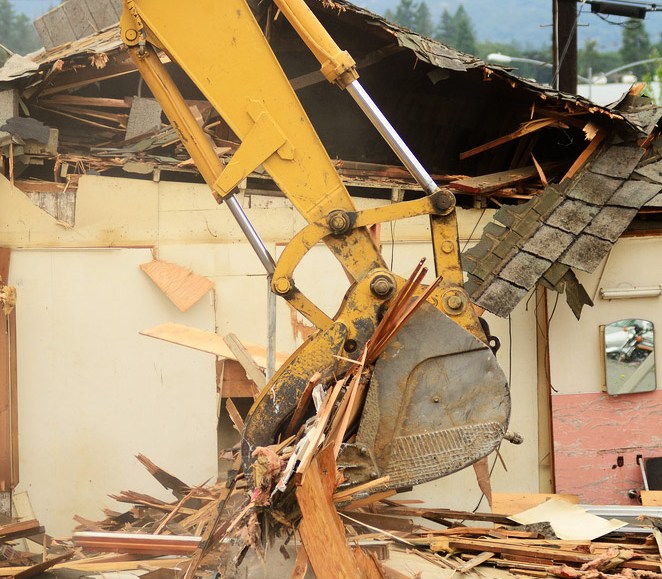 Most publishers wring their hands over how to run sponsored content that works for their audience and how to keep church and state apart.

Not such a problem for humor site Demand Media-owned Cracked, which skips the go-between of a “creative services team” and has brands work directly with its eight-person editorial staff. That’s helped it create sponsored content for brands like Virgin Mobile, Old Spice, AMC and TubroTax that bend toward Cracked’s warped sensibilities, like this AMC-sponsored article (for its show “Freak Show”) “6 Terrifying Mutations With Awesome Historical Explanations.” No, it’s not exactly investigative journalism going on at Cracked.

“When a brand hears that from the people actually doing it, it’s powerful in getting the brand to commit. It’s not just putting an article up about deodorant; it’s taking that team into finding the tangential relationship between messaging and what our audience cares about,” said Michael Dossett, who heads up Demand’s market strategy team.

This is a different approach than those adopted by other, more hard-news publishers which help brands create content. Publishers like The Atlantic, Huffington Post wall off creative services from editorial. Even BuzzFeed and Gawker have clear separation between editorial and advertising. Of course, Cracked isn’t like news publishers. Its editorial content is young dude-targeted, list-heavy pieces such as the 5 most unintentionally hilarious 80’s music videos or 4 things nobody admits about modern human sexuality.

Virgin Mobile tapped Cracked to create content in the Cracked voice around a few programs in late 2012: Virgin Mobile FreeFest, the launch of its “Enlightenment” video, and the 2012 Presidential Election.

It worked in collaboration with Virgin Mobile’s media and creative agencies to identify core themes and messages. These included “amazing free things,” “life hacks” and incredible presidential secrets and facts. Cracked saw a lot traffic to posts. 7 Amazing Things People Got Just By Asking garnered 1.1 million views and 3,000 Facebook likes; 7 Things You Won’t Believe Science Says Will Make You Happy, 1.2 million views and 10,000 likes; and The 4 Most Impressively Weird Sex Lives of US Presidents, 991,000 views and 2,600 likes.

While Virgin Mobile creates all of its content for its publishing partners, Cracked amplifies “and puts their own spin on that,” said Ron Faris, CMO of Virgin Mobile USA. “Typically, they’ve taken content we’ve created and put their own spin on it when they share with its audiences. They find relevance in pop culture that’s worthy of sharing. We want to do more with their community around events and experiences.”

Cracked had 9.6 million uniques in January, according to ComScore. That puts it in what could be considered a no man’s land of publishing. As part of Demand Media, it’s the No. 13 site in the ComScore 100, but it’s also battling against edgier publishing brands like The Onion and Funny or Die.

Cracked sells sponsored content in deals that typically run at least $100,000 per quarter. That includes selling custom content for a flat fee or waiving the fee for the content and instead charging for media (article takeovers or homepage takeovers, for example) that compensates for the added value cost of the content creation.

“This is just a way to tailor to the buying policies of different clients and agencies – we’re charging the same hard cost for each, but it is structured differently,” Dossett said.

Its process usually involves responding to RFPs or proactively suggesting to key clients with a pitch to try sponsored content. Clients supply what they want to talk about. If a deal is struck, the editorial team will take what the brand gives them and find the best way to mesh the brand voice with the outlet’s voice. Cracked editors will come up with a few paragraphs about the theme for review. Once Cracked gets the green light, it’s off to the races. Cracked sponsored content is usually in list form, making it easily read and shared.

Cracked’s eight editors include three video specialists. The bulk of the rest is responsible for “packaging” content. Originally, Cracked separated its team to those on editorial and two dedicated to brands. The business realities dictated a change. Across publishers, editors are wary of blurring into the advertising side of the house.

Not true at Cracked, where its editors “don’t feel compromised because they are creating fundamentally awesome content,” Dossett said. “It just happens to be in partnership with a brand that aligns with what they care about. The content we create for brands must be relentlessly interesting — shareable, unique, funny, entertaining — and we make sure that every piece of content meets that standard.”

The Cracked editors have a two-week process for each piece of content to “ensure that it meets the quality standards of Cracked and will be incredibly valuable to our audience,” Dossett said.

Cracked publishes up to four pieces of brand-related content per week, some weeks, a healthy percentage of the 25-30 pieces it produces a week.  It also developed a content-rating system — either PG or R — making brands feel confident they won’t be put next to R-rated content (unless they ask).

“We have four or five years of experience to look back from 2008, from our first sponsored article, and we have taken all the learnings from that time and nailed down this formula: how we brainstorm, create content, share the content,” Dossett said. “We give brands the same treatment we give our own content.”