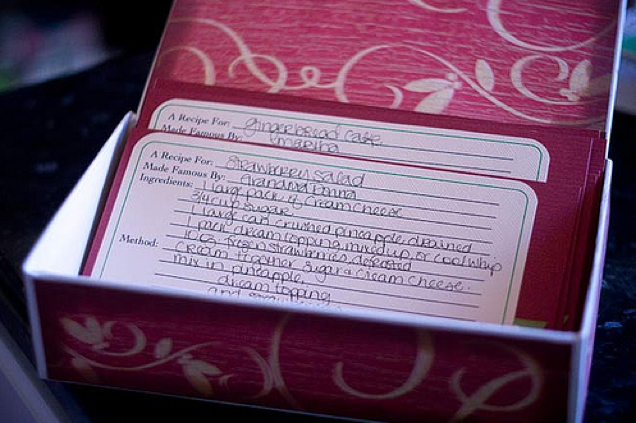 Recipes were an early Internet content hit. Now, an original food-content pioneer, AllRecipes.com, is banking on mobile as the obvious next frontier.

Founded in 1995, AllRecipes.com survived the dot-com bubble and built a leading recipe site that goes toe-to-toe with bigger brands like The Food Network. ComScore reports that 16.5 million unique users visited the site in June and that 25 million visited last holiday season. Now, following Meredith’s $175 million acquisition, AllRecipes.com hopes to conquer mobile for all the recognizable reasons.

“When those things align, it’s an unparalleled opportunity,” said Esmee Williams, vp of marketing for AllRecipes.com. “We’ve never seen a faster adoption of any technology.”

AllRecipes began in mobile in late 2008 with The Dinner Spinner app, which has more than 14 million downloads. The app lets you find recipes by searching by ingredient or through a random process by shaking your phone. AllRecipes boasts nine apps and has created 17 mobile sites for users around the globe.

Its global footprint, both on the Web and mobile, allows AllRecipes to compete with other digital publishers who deliver size and scale to a food audience such as The Food Network, along with female-centric sites like Yahoo’s Shine, CafeMom and others. Some of AllRecipes advertising partners include the major CPG brands: Campbell’s, Kraft, General Mills, McCormick, Unilever, Nestle, Clorox, Con Agra and Procter & Gamble.

“The ability to target broadly to consumers who just don’t know what they are looking for as a meal solution or narrowly to consumers searching for a particular ingredient/recipe provides favorable buy options for us to choose from,” said Lisa DiBenedetto, director of digital at Mindshare. “This allows us to consider AllRecipes.com against multiple target segments and key objectives.”

The site says mobile now accounts for one in three visits, with that projected to reach 50 percent by the end of the year. In a survey, it also found that 69 percent of its visitors use the Dinner Spinner app while grocery shopping.

There’s still a revenue gap when it comes to mobile. AllRecipes is still primarily an ad-supported site and runs standard mobile display ads. According to Williams, 75 percent of revenue comes from ads and the remaining percent comes from its pay model, subscription packages (a year is $35) to get more sophisticated tools like an interactive menu planner, nutrition search and mobile access. In mobile, in addition to display, AllRecipes has a Dinner Spinner Pro app it sells for $2.99.

The company has a sales team of about 30 and is somewhat distinct from Meredith, but according to Williams, there is cross-selling between teams. And while Williams says the company sells a “vast majority” of its space, it does use ad networks sporadically to fill holes.

“We look to stay away from ad networks because the quality of advertising can be weak,” Williams said. “We want to be sure it’s relevant and timely and adds value to the experience on site. If you open doors to remnant advertising, it can be a distraction and detraction.”

AllRecipes.com looks at media as a pyramid, with reach and frequency on the bottom, special offerings in the middle, and unique experiences at the top. According to Williams, brands’ objectives can fall into one or more of these buckets. It also creates custom ad units that let brands integrate their messages into user paths through tools like social sharing in banners or in-banner video.

By integrating recipes into the AllRecipes database, brands create conversations around their recipe. According to Williams, recipes with ratings and reviews see more action from users. Kraft, for example, can hit users with branded recipes, which incorporate the company’s messages, when a user is looking for mac and cheese recipes.

“It’s a great way to get that conversation started,” Esmee said. “Since we’re strong in search, brands can add to their discoverability — not just on the Web but also on mobile devices.”