The year in brands: 4 campaigns that stood out 2014 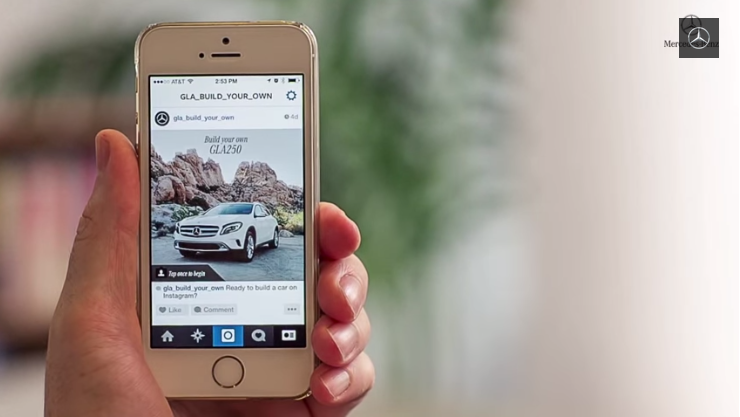 While it’s fun to pile on brands for messing up, plenty of campaigns in 2014 hit the mark, particularly with the integration of social media.

“It’s hard for marketers to know what single video or tweet will be a hit, but they are getting much better at creating the right content and campaign mix across all networks,” Rick Liebling, head of global marketing at Unmetric, told Digiday. It is important for “marketers to not only look at their closest competitors but also brands in other sectors doing creative things based on trending topics.”

With that in mind, here are four memorable campaigns that stood out in 2014:

Dove continued to challenge beauty conventions through its “Campaign for Real Beauty” this year with “Selfie,” a short film that tried to imbue the millennial selfie obsession with meaning. The seven-minute video showcased mothers and daughters taking self-portraits and discussing how social media shapes the idea of beauty.

According to Unmetric, the three-minute version of the video received close to 3.8 million views within the first 10 days. It also netted close to 300,000 likes, 20,000 shares and 6,200 comments on Faecbook and nearly 12,000 favorites, 4,500 re-tweets and 950 replies on Twitter. Dove also ran the accompanying hashtag #beautyis to encourage others to chime into the conversation. That was used nearly 2,800 times, and the Dove brand was mentioned close to 35,000 times during the course of the campaign. The engagement levels beat out even #WeAreBeautiful, which ran with the Real Beauty Sketches campaign from 2013, and was used fewer than 1,000 times by consumers.

Remember the World Cup, when we all cared about soccer for a minute this summer? Nike went all-in with a major marketing campaign centered on the event — and ended up stealing the show. This year’s campaign by Wieden+Kennedy, called “Risk Everything,” featured Portugal’s Cristiano Ronaldo, Brazil’s Neymar and England’s Wayne Rooney preparing for the World Cup under pressure.

The video received nearly 73 million views on YouTube and was also shared as individually targeted posts globally on Facebook, receiving 1,250,000 likes, 65,000 comments and 380,000 shares. The hashtag #RiskEverything was used nearly 78,000 times. According to Socialbakers, what also worked for this campaign was the fact that it was locally adapted across the world, for instance in Turkey, where the hashtag was in Turkish to promote further engagement.

Mercedes: Build Your Own

Through Mercedes’ “Build Your Own GLA” campaign, consumers could go onto the Instagram profile and, with a few simple taps, build their own custom GLA. The campaign used Instagram’s tagging mechanism to allow consumers to choose the rims, roof color and more in their custom cars. The page received nearly 3,700 likes and also won social points for innovation for the brand.

Instagram emerged as a major social channel overall for Mercedes in 2014. The automaker used Instagram to launch the GLA model last year through the “Take the Wheel” campaign — which generated 87 million impressions, and the subsequent #GLAPacked campaign led to approximately 25,000 more followers on the Mercedes-Benz USA handle and a 540 percent increase in brand interest measured by the increase in site traffic to Mercedes’ site.

P&G’s multi-brand campaign for the Sochi Olympics was a tearjerker, showcasing Olympic athletes with their moms. But it was also a major win for the brand, which managed to carve a niche for itself as a CPG brand among big sporting advertisers. The sheer volume of the content was noteworthy, as was the fact that it began rolling out online in April, over three months before the event.

On YouTube, the video has received more than 19.7 million views, accounting for nearly 26 percent of the traffic to its YouTube channel for the entire year, according to Unmetric. On Facebook, the #ThankYouMom campaign was the brand’s most engaging campaign of the year, with 1,488 likes, 1,100 comments and 227 shares. On Twitter, the hashtag #ThankYouMom was used nearly 6,700 times by consumers and is the most-used hashtag that P&G has introduced.