When Brands Rush In 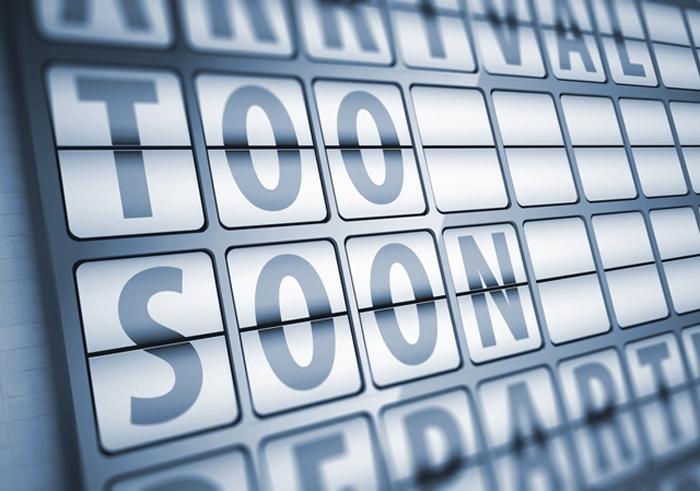 It used to be that brands were rightly lambasted for ignoring changes in consumer behavior with technology. It’s safe to say that’s no longer the case, considering SXSW and CES are now crawling with brands. In fact, marketers are now so quick to jump on anything new that the opposite could be true: They’re jumping the gun.

Take Vine, the new Twitter application to attach short videos to posts. The app had been out less than 24 hours before a Mashable post already went up on brands like Urban Outfitters experimenting there. Experimentation is good, but should a brand rush in before regular people have figured out how to use the tech?

“Just because it’s new and hot does not mean it is right for you,” said Carmen D’Ascendis, director of global marketing for Jack Daniel’s.

Just look what happened with this whole notion of Facebook commerce. Brands like Gap, JC Penney and GameStop rushed to be the first to open shops on Facebook. Research from 8thBridge shows that 88 percent of Facebook users don’t want to buy on Facebook. It’s not what they’re there for. They are there for the latest gossip and to stalk their ex-boyfriend’s new girlfriend. After just a few short months, GameStop, Gap, JC Penney’s, Nordstrom and Delta Airlines reportedly pulled out of Facebook commerce.

Another example is Second Life. In 2006, the platform launched, and people could create their own avatar and live this so-called second virtual life. Business Week had Second Life on its cover, and then brands like American Apparel, Dell and Reebok, built out virtual storefronts. Reuters even created a full-time Second Life bureau chief. Today, Second Life is a has-been in the marketing world. Nearly no one uses it, and I’d bet a handful of digital natives don’t even know it exists.

Quaker Food’s director of digital and social media, Barbara Liss said that the first question she asks herself is if a new platform or technology makes sense for the Quaker consumer. Is it something they are likely to embrace? If Quaker consumers are on the platform already or are likely to embrace it, then it may be wise to get onto the platform early on, to have more time to test and learn about the best ways to build on the presence there.

“And, of course, it also depends on the complexities of the platform and the resources it will require as we never want to offer a sub-par consumer experience,” Liss added.

It’s better to wait it out than to jump in prematurely, according to Tammy Gordon, director of social strategy at AARP. AARP does a considerable amount of research before the company gets onto any platform. In fact, it’s avoiding the latest and greatest in favor of established platforms like YouTube.

“We research generational movement toward platforms,” Gordon said. “For instance, of the publications that Pinterest users read, AARP The Magazine is in the top five. That information drove us to start experimenting on Pinterest to see what worked.”

JetBlue’s head of mobile, Jonathan Stephen, said brands are afraid to be late to the game. That’s why they are so obsessed over getting onto platforms and often forget to first determine whether it makes sense for the brand.

I know what you’re thinking. What do I have to lose, right? Why not claim your space on a platform and then figure out whether or not there’s room for your brand to engage people there? Stephen believes there’s a lot to lose.

“I am a big fan of emerging technologies,” said Stephen. “But if not used properly, it can cloud a brand’s message to its customers and lose the overall meaning. Our customers are changing, and we should be where our customers are, but in the end, it’s still all about the execution. Do it right, make it worth the effort, or don’t do it at all.”