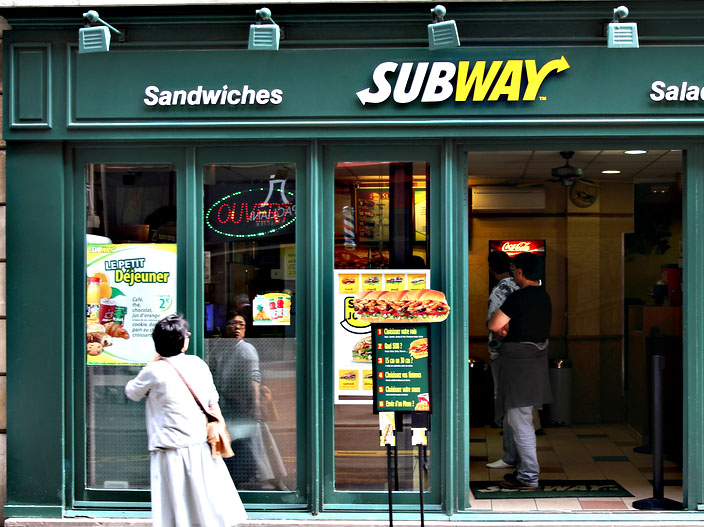 In 1965, 17-year-old Fred DeLuca wanted money to pay for college. He borrowed $1,000 from a neighbor and started a sandwich shop. Today, DeLuca sits atop Subway, one of the fastest growing franchises in the world with over 37,000 restaurants in 98 countries and territories.

Now, DeLuca wants to return the favor — and tell the story of Subway in a way that differentiates it from a faceless chain. Subway, with the help of Young & Successful Media, has launched a 100-country campaign geared toward young entrepreneurs. It’s called the Global Challenge, and it asks people to “Build Your Own Virtual Subway” in a business-simulation game/contest.

“There are very few companies on the planet that really care about cultivating entrepreneurs and young talent around the world like Subway does — or are big enough to pull off a campaign of this size,” said Jennifer Kushell, founder of Young & Successful Media.

The goal of the virtual Subway game, which started Jan. 29 and will run through March 12, is to challenge aspiring young entrepreneurs from all over the world to set up their own virtual Subway store for a chance to win one of five all-expense paid trips to the U.S. to meet DeLuca, or 100 other available opportunities to work with or for Subway.

The game, which was designed by boutique agency The Project, involves a few stages that teach players about the brand, the culture, the concept of franchising, and takes them through six different challenges, including writing promotional copy, doing social media marketing for the location and even an interview with Subway’s head of global development. The idea is to teach these business-minded millennials more about franchising and the Subway brand using digital channels they know and love.

“We all knew that if we could create universally compelling content, target the right audience, bring the brand to life, humanize it, have people fall in love with the culture and the incredible team that drives it — if enough saw it, a handful would be inspired to want to be a part of that team, and if not, they inevitably become more enthusiastic customers,” said Kushell.

There is also a dedicated Facebook Page called Subway Global Challenge where YSM posts updates and fun videos from key Subway execs like De Luca and Dick Pilchen, the first-ever Subway employee who also drew the Subway logo. On the Facebook page players can also talk about their visions for their store locations and share ideas. There is also a Twitter account @virtualsubway and hashtag #virtualsubway associated to the game. On top of that, there’s a Live Chat feature to help answer people’s questions at all times since it is running across all time zones.

“Millennials are disruptive thinkers in companies and organizations,” said Kushell. “We knew we could address that in this campaign and give them a chance to show the world what they’re capable of.”

Check out the game site for a world map of all of the virtual stores so far and a leaderboard to see whose stores and doing the best.