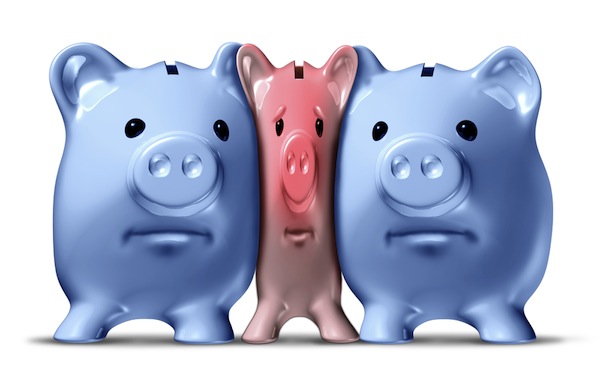 Social media marketing may lack ROI, but its ability to help companies cut costs is a big opportunity.

“Everyone’s so hung up on social ROI,” Gulbransen said. “But social has so many other benefits, like the ability to cut costs.”

H&R Block’s customer service channel on Twitter, H&R Block Care Team, has 1,400 followers. The team monitors Twitter to listen to any complaints or issues that consumers are having. The care team proactively reaches out to consumers to resolve any problems. The team of five people (out of 10 total on the social media team) leads the charge with regard to customer service on Twitter.

Mutual of Omaha is another brand that praises social’s ability to cut costs.

Skala formerly handled social media at Great Clips, a large chain of salons. There, he saw a shift in how customers were providing feedback, much of which came through Twitter. Great Clips was able to use this data to help streamline its customer service team and shift resources, which helped reduce its costs. At Great Clips, the social media team consisted of five people who monitored customer service for the company. The team was proactive and reached out to people who either mentioned Great Clips directly by tagging @GreatClips or mentioned the name in their post (e.g., Great Clips, GreatClips, #greatclips).

“We reached out to them and acknowledged their issue and asked that they contact us directly, via email or phone, with more information about the salon they visited, etc.” Skala said.

Great Clips has more than 3,100 franchised salons, so the goal was to make the conversation more intimate and take it offline to determine the specific location and the exact cause of concern. Great Clips used Radian6 as its monitoring platform, which allowed the salon chain to drill down and categorize the source of contact, the topic/issue being addressed and then assign the right individual for follow-up and reporting purposes.

Glenside Hotel in Drogheda, Ireland, typically spent around $20,000 a year on newspaper and radio ads to promote its specials and offers. In December 2011, the hotel decided to focus its resources on social media. It now runs competitions and promotions on Facebook and claims business is up 18 percent, while marketing costs are only 20 percent of what they once were.

Social-based recruitment is another way companies can cut costs, according to Skala.