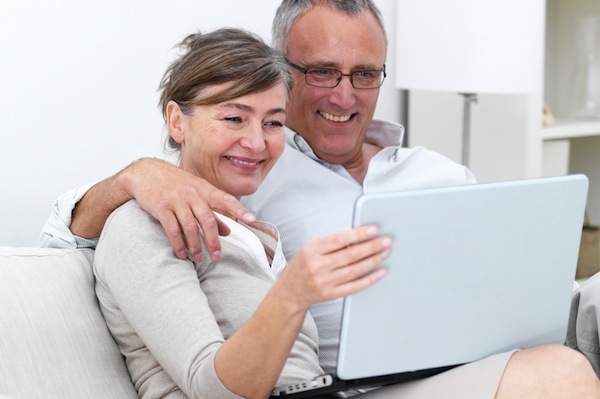 This month Digiday will examine how the modern brand tackles the thorny issue of social media return on investment. It’s no longer good enough for brands to guesstimate what’s working and what’s not in social. For the next four weeks, we’ll highlight how major marketers are gauging their social efforts. The series is made possible through the sponsorship of RocketFuel, a provider of artificial intelligence-based advertising products.

AARP isn’t the first marketer you might think of when it comes to social media, but it has been active there for nearly three years. The original challenge was to figure out ways to get people to think of AARP when they are starting to think about retirement. Now, like many marketers, AARP wants to go beyond the experimental phase and into building a social strategy for the long term based on defined metrics.

Three years ago, there wasn’t any real strategy in place. AARP didn’t have anyone devoted solely to social media. In 2010, the majority of the group’s tiny social budget was spent on sending marketing people to conferences so they could learn all there was to know about social media. In 2011, AARP began to shape its social media strategy. It was experimenting, making mistakes and learning from them. It realized that links, although somewhat “engaging” in terms of getting people to interact with a post, aren’t the best means of really making an impression on consumers. Videos and photos — anything visual — have been found to make a bigger impact in terms of interactions. There was enough success that AARP jumped in with both feet.

AARP decided to build its social strategy around content. To do so, it needed experts. It built a social team of seven in 2011 that includes a managing editor for the company blog and five community managers that all focus on their own issues such as health and financial security. Tammy Gordon, who formerly managed nonprofit and government clients for Ogilvy Public Relations Worldwide, was brought on as the company’s first-ever social media chief.

“The biggest challenge for us so far is that we have so many members, making it difficult to let them know we are here,” Gordon said. “That’s why integrating social media across our TV ads and the magazine is the biggest area of growth for us right now. The thing is, when people go on Facebook, they don’t think to look up AARP, and we’d like to change that.”

AARP includes calls to action such as, “like us on Facebook” and “follow us on Twitter,” in most of its traditional marketing. Gordon said the goal is for these types of messages to be included in all traditional marketing. Facebook is by far the biggest distribution channel for AARP. It has 425,000 connections there, nearly 10 times its Twitter following.

Within its content strategy, video has been working best for AARP, which prioritizes YouTube, Twitter and Facebook. Its best-performing video to date is a play off of the recent “Call Me Maybe” phenomenon. The video features kids and their grandparents singing along to the song in commemoration of Grandparents Day, Sept. 9. The video got more than 20,000 views in less than two weeks. It was distributed through YouTube, Twitter and Facebook.

Like every marketer, AARP was at one point struggling with finding suitable content to share. It’s now turning its staff into what Gordon calls “iPhone reporters.” The company encourages staff to attend events like “Life at 50” in New Orleans and take photos and videos. The best of the best make it onto the company’s social media platforms for fans and followers to see what’s happening.

AARP is finding that Facebook and Twitter advertising works. Facebook is more of a fan-acquisition tool while Twitter is a great way to get content viewed. In January, the company bought a promoted trend on Twitter around Betty White’s birthday, and it got 25 million impressions worldwide. However, the platforms are far from perfect and need to better cater to brands.

“They hear from me a lot on this,” Gordon said. “Not being able to target people on Twitter by age is an issue because we aren’t spending a whole lot to target people under the age of 50. Facebook has made giant strides with regard to targeting. We are moving that way and the platforms need to move that way too.”

In 2013 and beyond, Gordon expects to increase social media spend. The brand is experimenting with Tumblr, Instagram and Pinterest. On Pinterest, the company captures life over 50 in photos. One board is dedicated to grandparents, with photos of elderly people and their grandkids. Another board is focused on being 50-plus and still being stylish, with photos of outfits and appropriate wear. Pinterest, in fact, is one of its most promising avenues, with AARP research showing that its magazine is among the top titles read by Pinterest users.

“Social media needs to be integrated across all marketing vehicles, from TV ads to e-newsletters to press releases,” Gordon said. “We always give people a way to stay connected with us and our brand. Once they are a fan, you can deliver multiple calls to action a day.”