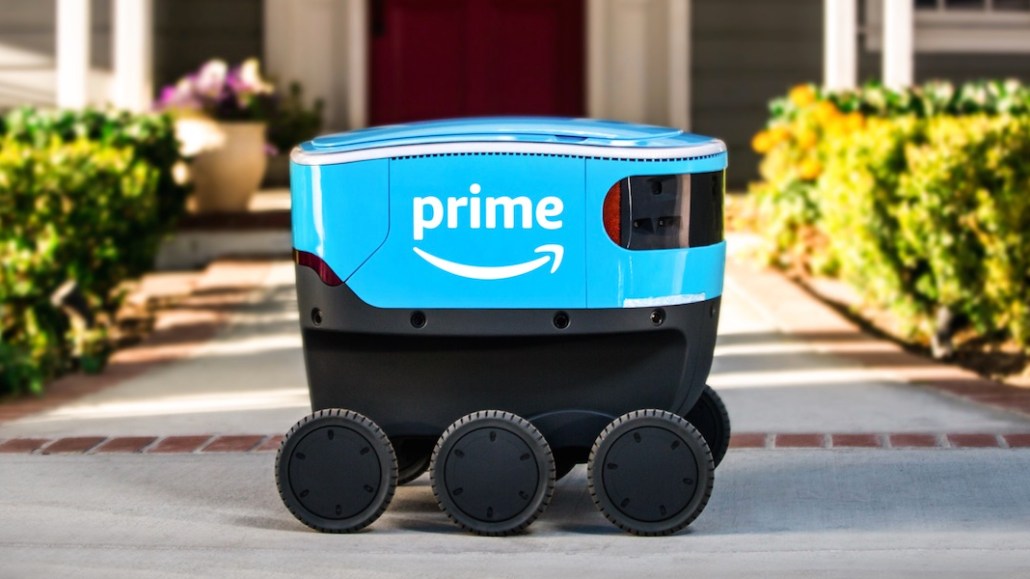 The race is on for retailers to incorporate self-driving vehicles into their last-mile strategies, but the technology is still far from mainstream consumer adoption. For now, major brands are starting to roll out some trial programs.

This week, Amazon launched a pilot in Washington where some orders will be delivered through an autonomous vehicle called Scout. Scout, which will initially be accompanied by a human employee, was developed in-house; other retailers are partnering with tech companies. Kroger is working with Nuro on a pilot in Scottsdale, Arizona; Walmart is deploying two autonomous vehicle trials (with Ford and uDelv, after a previous experiment with Waymo) to pilot the home-delivery use case. Walmart said it wants to get a better sense of how customers interact with them and use that data to inform what comes next.

Retailers are still trying to figure out how autonomous vehicles can enhance customer experiences, how they can improve supply-chain efficiency and how they can be deployed at scale.

Industry observers say the use cases still haven’t been fully fleshed out.

“The business models are still being developed and worked on,” said Grayson Brulte, an innovation consultant who focuses on emerging technologies, including autonomous vehicles. “From a retailing standpoint, I’m not sold on autonomous delivery as the holy grail for retail; if you look at retail trends starting to evolve, it’s becoming more experience-based.”

It’s a concept where the autonomous vehicle essentially becomes a marketing tool for brands that want to sell products to passengers. The mobile self-driving car offers possibilities for design innovations, product placements and in-store assistants.

According to CB Insights, 46 companies are currently working on deploying some form of autonomous vehicle technology. But Brulte said two big hurdles are impeding widespread use: the lack of regulatory clarity (especially important during accidents) and customers who aren’t yet accustomed to them.

“Right now, the regulatory environment around autonomous vehicles is uncertain — there’s no framework nationally, and the other hurdle is public acceptance,” he said.

For now, autonomous vehicle trials are marketing exercises to get consumers excited about the technology’s capabilities in an effort to drum up interest, said customer data platform IgnitionOne chief operating officer Chris Hansen.

“A lot of these [retailers] are trying to follow Amazon and rightfully so,” he said. “It’s the high end of the hype cycle — it’s cool to see where things are going in 15 or 20 years. Just because you have an AI-powered machine that is transporting a package doesn’t mean it doesn’t create liability for people on the street.”

It’s also not clear whether autonomous delivery will be cost-effective for all retailers deploying the technology.

“It’s not something all brands are going to be able to do on a cost-effective and productive way,” said Eric Silver, a partner at tech investment firm Alt-Capital. “It remains to be seen whether a company that acts the way Amazon does is going to have monopoly power.”