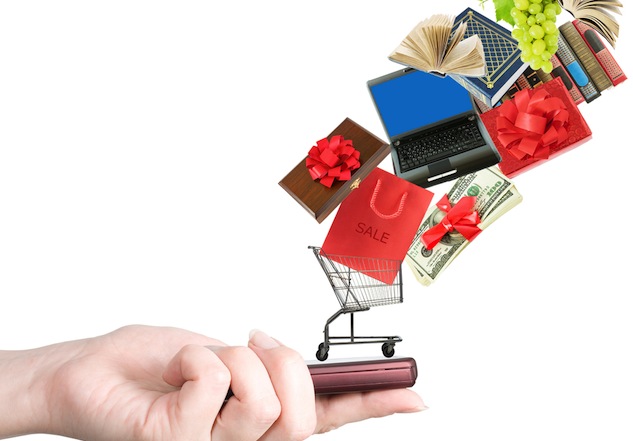 Thanksgiving weekend proves that consumers are choosing to do business with retailers and brands that offer them more options to shop.

“Retailers that offer customers the choice to shop via both optimized mobile sites and mobile apps are driving higher engagement than those that offer only one option,” said Carin Van Vuuren, CMO of Usablenet. “Mobile shoppers demand convenience, usability and an experience that reflects the understanding of context within the mobile shopping journey.”

The caveat, of course, is that Usablenet has a dog in this fight and wants retailers to adopt mobile as quickly and as broadly as possible. Still, there’s evidence emerging that mobile is making a difference, if not to the degree many hype.

Private sale site Rue La La also saw a surge in mobile traffic last weekend. It also has both a mobile site and a dedicated app. Its mobile sales increased 75 percent from a year prior. Online retailer Fab.com saw 40 percent of its sales coming from mobile devices during the holiday weekend. It also has both a mobile app and site. This may indicate that consumers are doing all they can to avoid the hustle and bustle of going in-store during this time of the year.

“Let’s face it, mobile commerce is much more refined and civilized than battling it out for deals in a store,” said John Mulliken, general manager of Joss & Main. “Based on what we saw on [Black] Friday, we’re extremely bullish on Cyber Monday and the overall holiday season.”

Also noteworthy is the fact that purchases on mobile devices using PayPal jumped 190 percent as of 2 p.m. ET on Black Friday this year, up from the same period last year.

It’s obvious that more consumers are using their smartphones to browse, search and shop. According to IBM, the number of consumers using a mobile device to visit a retailer’s site is at 27.2 percent, up from 16.2 at this time in 2011. Furthermore, the number of consumers using their mobile device to actually make a purchase is 14.2 percent, up from 9.5 percent in 2011.

“Now more than ever, retailers have the opportunity to maximize mobile revenue by giving customers the choice to shop however it is most convenient for them,” Vuuren said.

The data was taken from a random sample of over 18 million page views across mobile retail sites on Usablenet’s platform.