There are adrenaline junkies that thrive in the outdoors. And then there are the rest of us couch potatoes, for whom walking two blocks seems like an accomplishment. It is this group that might rejoice at The North Face’s latest campaign, which transports customers to Yosemite National Park as they shop comfortably in the company’s retail stores.

The outdoor apparel company has collaborated with cinematic VR company Jaunt to give viewers an immersive tour of California’s Yosemite National Park and the Moab desert in Utah, where they can trek the landscapes and rock climb alongside athletes Cedar Wright and Sam Elias.

“Every brand wants to forge an emotional connection with its customers,” Eric Oliver, director of digital marketing at The North Face, told Digiday. “Our brand mission is to inspire a life of exploration, so we felt like this was a great way to enhance our storytelling, use technology and transport people to the outdoors.”

Using Google Cardboard, the experience places viewers in the great outdoors, with the ability to look around in any direction, recreating the experience of actually being there. The footage was shot with Jaunt’s proprietary 360 degree, stereoscopic 3D cameras and advanced 3D sound-field microphones. Camp4 Collective, a group of athletes and filmmakers, also worked on location with The North Face and Jaunt to produce the content. 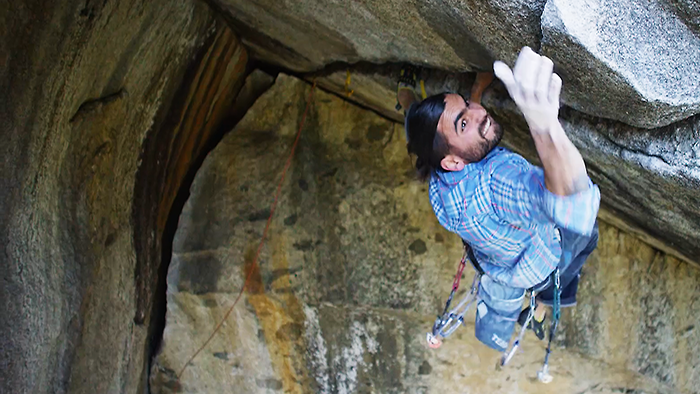 The North Face VR experience debuts on March 16 at the SXSW Interactive conference in Austin, after which it will be will be available for download by the public on Google Play. It will also be rolled out across North Face’s Flagship stores in three cities: Chicago, New York and San Francisco.

Virtual reality is no mere passing fad; both brands and technology companies have invested significant resources. HBO fans have virtually scaled the icy Wall from “Game of Thrones.” Marriott has whisked people away for virtual tours of Hawaii and London. Lexus and Volvo have given its customers virtual test drives of its cars.

Technologically, Oculus Rift was the first mover, but Google Cardboard and the Samsung Gear VR followed suit with more affordable tech. Sony and HTC are also developing headsets in a space that is getting increasingly crowded, with Morpheus and Vive respectively in the works.

“The more people you can reach, the greater VR is going to be,” said Scott Broock, vp of content for Jaunt. “The entry of all these players is making it accessible, democratic and increasingly inexpensive.”

Google Cardboard, he said, might be a favorite among brands, because it comes in a compact package and is literally a piece of cardboard — which brands can use to plaster their names on. Moreover, it is also an easy project for the do-it-yourself types. All they need to do is grab any pizza or packing box and follow the online instructions for folding it.

As for The North Face, the virtual reality campaign is only one among the several projects that it is developing to elevate the overall in-store experience across its retail outlets. The brand has been experimenting with beacons and recently introduced iPads to some of its stores, to offer product review videos to customers while they shop. Oliver also mentioned how the retailer’s Palo Alto shop was its “real world digital shop,” although he declined to elaborate at this point.

“We’re never going to replace the actual experience of actually being in Yosemite,” Oliver said. “But if we can get someone who’s never been there and inspire to them get outdoors, it fulfills the purpose.”