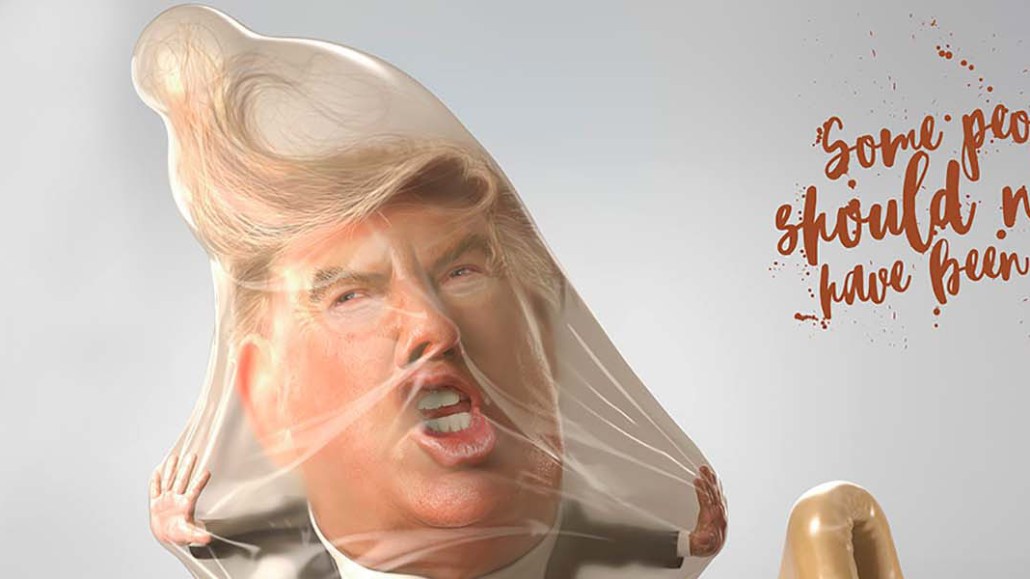 Millennials reportedly are having the least amount of sex of any generation ever, apparently because they’re all walking around pretending like they don’t care about anybody else so they won’t get hurt. Aww. So this post is for the scant few Gen Yers who are sexually active, though others are welcome; you might learn something!

Since 2005, I have obsessively documented nearly every condom ad produced worldwide, first on my Copyranter blog and then while blogging at BuzzFeed. I still closely monitor condom ads, both brand ads and safe-sex PSAs, real and scam. (Why I do this, I don’t know.) Below are some noteworthy ones from the past year or so. 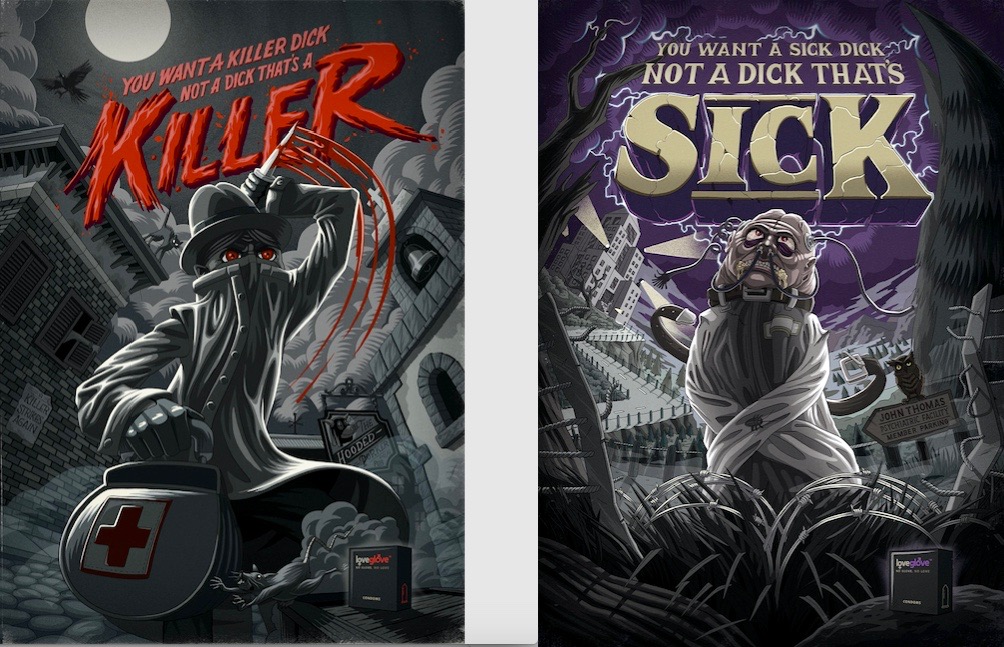 The third ad from this strange safe-sex campaign released last month reads: “You want a monster dick — not a dick that’s a monster.” The horror movie poster look is interesting (though it’s been done many times before). But it’s the puns that are frightening me. Agency: Joe Public United, Johannesburg.

“Some people should never have been born.” (Apologies for the near-unreadable type, but art directors will be art directors.) This is not a new condom concept. In 2009, Grey Düsseldorf released, then pulled, a series of condom ads for Doc Morris pharmacies featuring Hitler and Osama bin Laden as spermatozoa. But the Trump and Kim Jong Un artwork here is quite good. Created by Platinum FMD, Brazil. See how the images were made here.

“Become one.” Print campaign from last year for ID extra thin condoms (agency: Fitzgerald & Co, Atlanta). Illustrating the romantic sex ideal of “two bodies becoming one” in this visually literal way is not a turn-on and, really, not one bit appealing. Nice photography and styling, though. (Note: A rather sexist 2012 Cannes Gold Lion-winning campaign for Carlton beer executed this look-a-like couples idea better.) 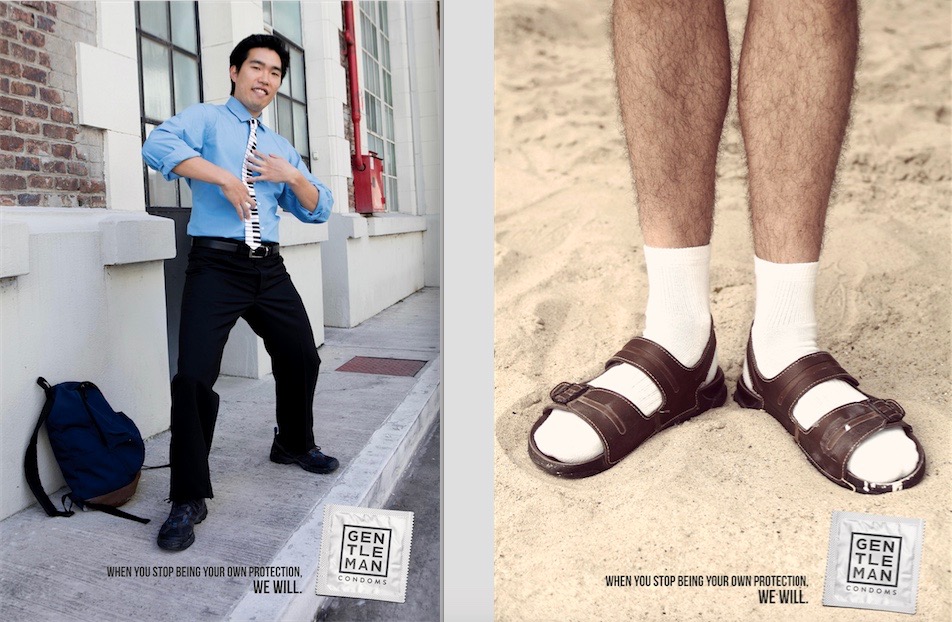 “When you stop being your own protection, we will.” (The language is clunky because these are translated versions of the ads used for publicity purposes.) The “instant deal breaker” visuals (two other ads in the campaign released last month include “mullet” guy and “fanny pack” guy) are nicely shot and art directed. The concept is humorous; I just don’t think it’s going to sell very many condoms. Agency: Dhélet Y&R, Argentina.

Lastly, here’s my favorite condom ad of the last couple of years for Preventor Super Duper condoms (by JWT, Brussels). No voice-over, no dialogue, excellent “storytelling,” good casting and a reason to buy. What the hell else do you want from a condom ad — or any ad?

Note: Here’s a free tip for ad students/juniors: Don’t put spec condom ads in your portfolio. Ever. No matter how good you think they are. Also, no spec Wonderbra ads.