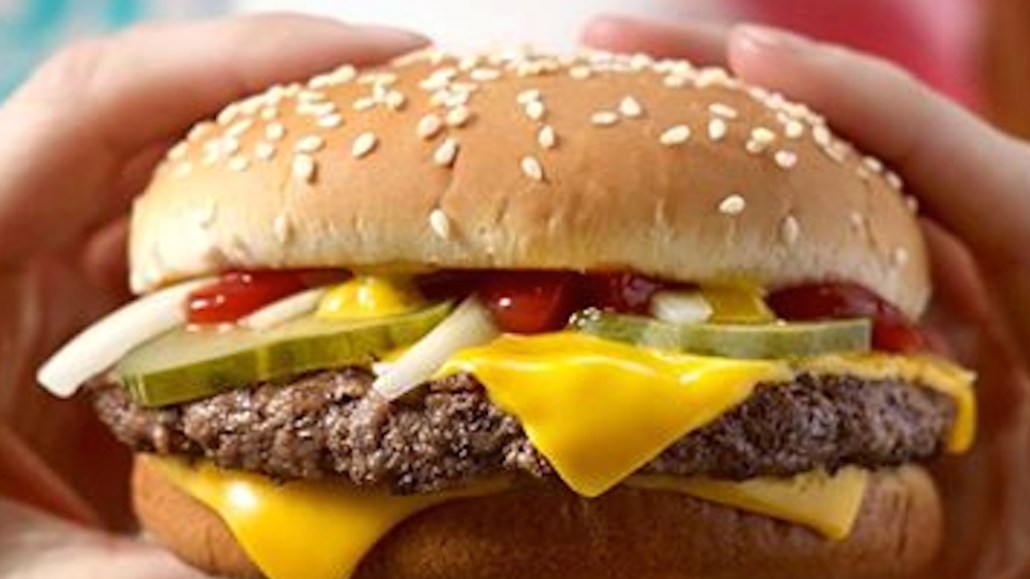 For a split second on Thursday morning, McDonald’s seemed to be taking a swipe at President Donald Trump.

The brand’s corporate Twitter account @McDonaldsCorp (separate from its main account @McDonalds) tweeted Thursday at President Trump, saying he was a “disgusting excuse of a President.” The tweet, which was taken down shortly thereafter, also said that it would love to have Barack Obama back and that Trump had tiny hands. It was even pinned to the top of the page, before it was deleted approximately 20 minutes later. 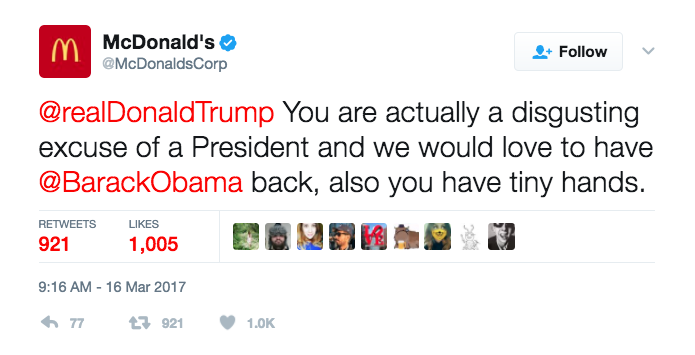 The brand clarified that Twitter had notified it that the account had been “compromised,” adding that it was working on investigating the incident.

What’s more, most people seemed to be, ahem, lovin’ it, with 62.7 percent of the tweets being positive.

The positive tweets applauded the deleted tweet’s message, and celebrated the fact that people managed to screenshot the tweet. Even the Big Mac, the brand’s most recognizable burger, got a lift, with tweets by people saying that they are buying a Big Mac today to mark the occasion. According to Brandwatch, there are hundreds of tweets mentioning “Big Mac” already, and counting.

However, negative sentiment against the brand is also beginning to accrue fast, with Trump supporters expressing anger at the fast-food chain about the tweet. Even conspiracy theories are beginning to run wild, with some tweets pointing out that Robert Gibbs, McDonald’s’ chief communications officer, is a former Obama White House Press Secretary.

Expect the outrage to die down soon enough, said Kellan Terry, senior analyst at Brandwatch, especially since the brand was quick to do damage control.

“We’ve seen social outrage against brands a lot since the election in November, and it always follows the same formula” he said. “Inundation of social mentions immediately following a statement or tweet, and then the brand’s social conversation returns to normal in several days.”

Suffice it to say, someone will be losing their job at the house that Ronald built today. Meanwhile, Twitter continues to have a field day.

I blame the Hot Dad Hamburglar for this pic.twitter.com/cMOo8Oi9NN