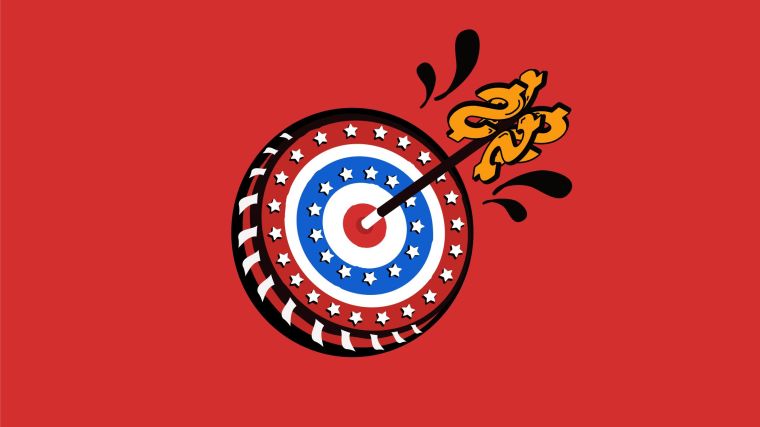 Google’s recent announcement that it will neither create a new identifier to replace the third-party cookie nor incorporate other new identifiers into Chrome redefined tracking as we know it. It’s abundantly clear media buyers, brands and agencies alike must prepare for a future in which targeting is underpinned by first-party data, secured on an opt-in basis, and one calling out for new approaches to measurement and attribution.

For all intents and purposes, that cookie-free future starts now. At Digiday’s Media Buying Summit on March 10-12, we heard from a cast of industry leaders on the challenges advertisers and agencies are tackling as we hurtle toward that milestone. Agencies shared how they are building and scaling best-in-class data operations; other speakers explored the push and pull factors that are prompting brands to diversify their ad mix.

Finally, almost a year on from the death of George Floyd and the wave of activism and protest that followed, many businesses and industry players are facing pressure to live up to their commitments to improve their companies, from hiring practices to compensation for participating in DE&I work.

Brands have to get on the front foot with their data strategies as the sun sets on the era of tracking. Whether that means building robust in-house data operations or utilizing partnerships to leverage consumer data effectively, brands and agencies have to be proactive and aware that time is running out.

Putting together effective data operations means synthesizing a range of skillsets so information can be analyzed and mobilized to a powerful effect. “It’s big data that puts that information into a place where you can do big discovery,” said Michael Murray, president of data products and chief product officer at Wunderman Thompson Data. “And then you can place that into marketplaces, into media, into marketing, into practitioners’ hands in a big way.” Businesses structuring large-scale data operations should focus on optimizing the speed of delivery and performance, Murray said.

02
Diversifying ad spend is a must, and experimental budgets are up

Many brands, especially DTC companies, are facing the fact that their advertising strategy has become beholden to a single platform, commonly Facebook. Over-reliance on the major platforms was already yielding diminishing returns, but the cookie’s demise is re-highlighting the problem. Maintaining current spending levels on a given platform is unlikely to guarantee that ROI will hold up, so they’re looking to diversify their ad spends. To that end, experimental budgets are increasing, from trying alternative platforms like TikTok or Snapchat to investing in text or email strategies.

There’s no one-size-fits-all solution for brands looking to wean themselves off an over-reliance on a single platform. However, sticking with the status quo is not an option. “The data we used to have as marketers is going away, and this is making marketers start to question ‘where do they put their dollars,’” said Duane Brown, founder and head of strategy at Take Some Risk.

“You have to be willing to take that risk to move off of the one platform you have all your eggs in and diversify your spend,” Brown said. “Because it’s not a question of if Facebook will screw over each advertiser and branded DTC company, it’s a question of when.”

Happily, there are plenty of alternatives beyond the social platforms and major e-commerce marketplaces. We heard Adam Singolda, founder and CEO of Taboola, enthuse about the possibilities of open web advertising. “The open web is beautiful and it’s big, it’s a $64 billion market,” Singolda said. “But it’s highly fragmented. There’s no Shopify for advertising, and there’s no Google for the open web.”

Fragmentation means buying on the open web remains far less convenient than spending on the walled gardens. Consolidation in partnerships, data and other areas would streamline the experience, allowing the open web to live up to its promise.

Diverting a portion of ad spend away from Google Search or Facebook ads is an easier proposition to stomach in an environment where alternative platforms and marketplaces are stepping up their own offerings and carving out compelling advertising spaces. The grocery business is just one area we’re seeing this evolution, according to Jason Hartley, head of search, social and shopping at PMG. “When you see what Walmart, Kroger, Target, Instacart and those folks are doing, you have to include that into your mix,” Hartley said.

03
But how to measure success?

The industry is puzzled over the best ways to address measurement and attribution in the post-cookie era. In the absence of the marketplace-spanning identifiers advertisers have used to track and target in recent years, many in the industry are looking at mix modeling as a blueprint for future success in measurement.

Kayleen Ohneck, associate director of verified technology and contracts at Publicis Media, touched on the challenges brands and agencies will face in the next few years, particularly in terms of identity and addressability. “How we’re approaching it right now and looking at identity for our partners is we have to really keep it simple to start,” Ohneck said. “Looking at what is the match rate to an ID provider, what is the scale that that ID is able to achieve in an open ecosystem, and then how does that way of targeting tie into performance models and metrics for those advertisers specifically?”

A number of speakers highlighted the potential value of performance marketing. Jill Smith, director of agencies at Kroger Precision Marketing, said the grocer’s partnership with Roku had been beneficial to evaluate success. “We’re able to measure TV and actually see the impact of a TV campaign,” Smith said. “Obviously TV is a lean-back environment, it’s an awareness vehicle, but it actually can convert sales and it can drive sales.”

Walter Greer, executive creative director of experience design at VMLY&R, said it’s one thing for agencies to increase the number of people of color they’re hiring for entry-level positions, but those employees may grow disillusioned if they feel there are limited opportunities to climb the ladder. “The bigger problem is when they’re at the bottom and they don’t see anyone at the top that looks like them,” Greer said. A lack of diversity in leadership leads to a shortage of mentors, who can play a critical role in their chances of progressing in the industry.

Many POC employees are willing to invest time and energy in DE&I work that falls outside of their official responsibilities, such as participating in employee resource groups. What’s getting lost is that this work deserves to be compensated. “Let’s be real — it’s another job,” said Greer. “If you’re in an agency, you’re supposed to be billable 40 hours a week, and now if you’re spending three or four or five or 10 additional hours a week on this other stuff when are you doing that? You’re doing that outside of your 40 hours.”

Greer’s advice to white managers and colleagues? Listen. “This is the first time that people are stopping and listening,” he said. “Sometimes we are so quick to want to engage and jump into a conversation or have this feeling of having to respond or having to say something. Sometimes it’s better to just sit back and listen. We’re in this moment now where I feel people, specifically people of color, want to be heard and they want to tell and share stories.”

Many consider this to be one of the cornerstones of measurement in the post-cookie age. This approach to evaluating the impact of a given campaign typically uses large quantities of data to analyze performance across a variety of channels. Mix modeling is able to measure performance in both offline and online channels, incorporating a vast array of metrics relating to the state of the industry and the economy at large. Mix modeling provides advertisers with forecasts and recommendations on how to rebalance their media buying to achieve stated goals.

“It’s not to take shots at someone, but it’s about the fact that we should feel okay with having candid conversations about things that are affecting black and brown people.” — Walter Greer, Executive Creative Director of Experience Design, VMLY&R

“Last year, unfortunately, became a great year for the performance craft, because with the sudden and abrupt uncertainty that was created, the level of rigor, and to a certain extent science, became a lot more important in guiding clients and brands through what was happening to all of us.” — Jiyoung Kim, Chief Digital Officer, Carat US

“It’d be nice to see what happens if we pull back a little bit and we have maybe be a little less personal and a little more universal, and then see how that works in terms of driving sales.” — Jason Hartley, Head of Search, Social and Shopping, PMG

The open web accounts for 66% of the time we spend online, but walled gardens still absorb 60 percent of ad dollars spent, according to research by OpenX and The Harris Poll in January 2020.