Life After Advertising: From agency CEO to cider maker 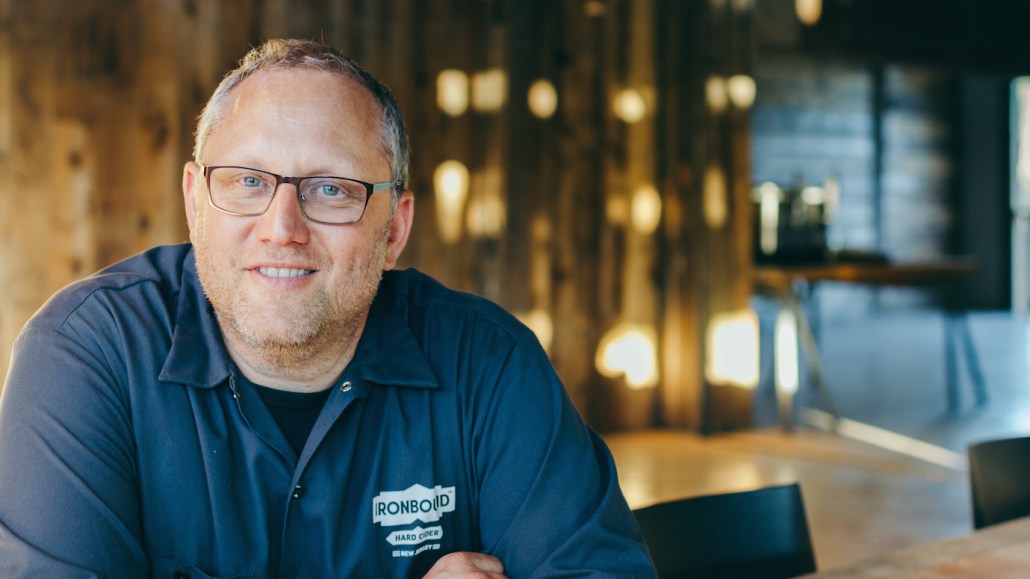 In our new series “Life After Advertising,” we share the stories of past advertisers who endured the long hours in the industry and have emerged in a new career, perhaps a little worn, but mostly unscathed and living new dreams.

Charles Rosen spent nearly 14 years working in advertising, then went on to run for Congress, started a global fund to finance the campaigns of women politicians abroad and found a hard cider brand, Ironbound Hard Cider.

Rosen, 50, began his career in 1998 as the evp at Cliff Freeman & Partners and then founded digital agency Amalgamated, which folded in 2015 under the control of Eric Silver about four years after Rosen left to pursue his love of service and social justice.

What prompted you to leave advertising and run for Congress?
I’ve always had an interest in doing deep work in service. A lot of the work we did at Amalgamated was rooted in notions of social justice and environmental work. We had built a practice we called cultural branding, the idea that brands become iconic when they uphold powerful worldviews. But I felt like I could accomplish more in that space by serving [in] and running for Congress. I came to learn in very short order that that was bullshit.

Why was it bullshit?
I knew that no matter what side politicians are on, they all work for the same rich white guys at the top who spend their time trying to get re-elected and not doing as much work for the people. After about a year and a half of my exploratory phase running for Congress, I ended my race and built a global fund to finance women politician candidates in developing nations. We were getting women elected to parliament in countries like Liberia, Morocco and Cambodia. But then I came to see the same inefficiencies in the nonprofit world that I saw in the political world. All nonprofits are driven by self-preservation. The reality is, most of the time you worry about keeping the entity alive.

That must have been discouraging. What did you do then?
I decided I would try to build a new model. I wanted to prove that, as a for-profit business, you could treat people with dignity, pay living wages, help repair the damage to the earth and still make money. So, I built a company called New Ark Farms in Newark, New Jersey. My focus very quickly became workforce development and urban renewal. Less than 8 percent of jobs in Newark are held by Newark residents. When I started my company, at least 80 percent of my employees were ex-offenders.

How was Jersey Cider Works born out of that?
Two years in, we came to learn that the very first industry in Newark ever was hard cider. George Washington loved it, and it was known as the champagne of ciders. In fantastic New Jersey fashion, they would sell it on the black market as champagne. I thought that was fucking great. Jersey has been Jersey forever. I felt like there was an opportunity to build a real Jersey badge.

What did you learn from your time in advertising that you brought to your new venture?
The value I got out of it was the knowledge to build a powerful alcohol brand. Alcohol, more than maybe any other category, is rooted in identity value. Meaning, I choose to drink a certain beer so I can feel like I’m cool enough to go talk to the girl across the bar [laughs]. It’s all about what the brand says about people.

What vision do you have for your brand?
I want to create a collection of brands that work with small-scale family farms, employ the chronically unemployed and have a powerful brand born out of place. We’re a cider brand because that’s the first industry born out of Newark, and we have the farmers because we’re the Garden State. I want to see if I can redo that in Virginia with moonshine or San Antonio [in Texas] with Moscow [mules] or Maine with gin.

What do you miss about the advertising industry?
There is true community and collaboration. I miss those late nights when everyone is working together. It’s really exciting.

What don’t you miss?
The frustrating part of advertising is that you have clients, and very few have the balls they think they do. Most are driven by job preservation, which means clinging to the status quo. So, no matter how edgy or iconic our clients were — we worked with brands like Coca-Cola, Mike’s Hard Lemonade and Ben & Jerry’s — it didn’t matter. You end up with clients desperately scared of change. The only reason I’m able to have such a rebellious and cheeky brand is because it’s my money. I was able to become the brand that had the balls my clients never had.