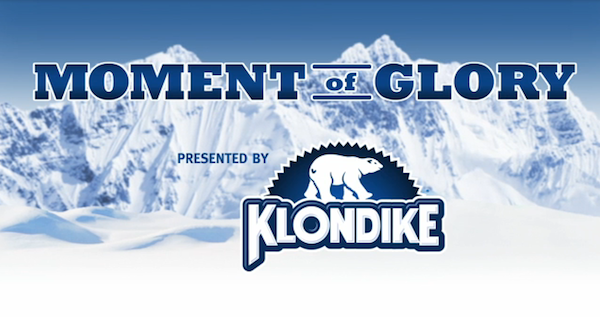 Unilever’s Klondike is no stranger to social media, but it hopes to tap into the late-summer hankering for Hollywood blockbusters.

Klondike linked with Paramount Digital Entertainment for the “5 Seconds of Glory” Facebook app. The new Klondike Facebook app takes this idea of moments of glory into the world of movie clips. The app lets users sift through some of the most iconic movie moments. Think: “The Godfather,” “Forrest Gump” and “Tommy Boy.” Users can add music and personal messaging to the clips to create a video card that can then be sent to their friends on Facebook, Twitter, Tumblr and email. The app also lets people buy full-length films.

The app ties into a Klondike campaign first launched in April 2011, when it ran television spots along with video banner ads that show men who endure five seconds of something really horrible and get rewarded with ice cream.

Another example of the role that social played for Klondike this summer is The Klondike Comedy Showcase, a joke contest hosted by Twitter celebrity/comedian Rob Delaney. The contest lived on Klondike’s Twitter page. The brand distributed contest updates and actively engaged with consumers via Twitter. The winner got an all-expenses-paid VIP trip to the New York Comedy Festival in November. Each week (for 10 weeks) a new joke topic was introduced via @robdelaney and @Klondikebar.

“This summer was the first time we used [social media] as the primary platform to reach consumers,” said David Neway, associate brand manager at Klondike. “While we continue to use a mixture of channels (TV and digital in the traditional space), we know that our target is actively using Twitter and Facebook.”