Why the Internet needs a social media ‘supra-score’ 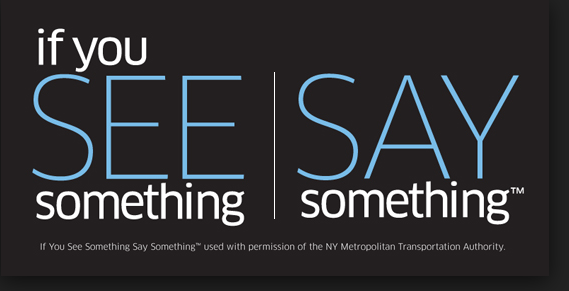 Curtis Hougland is CEO of Attention, a social media agency.

The Internet is still in its infancy, but the immature behavior of the Web’s millions of trolls threaten its development through comments and flames that reward extreme behavior with likes and views.

The problem requires a novel approach to determine both how personal data is captured and shared and how to hold users accountable for their actions. The problem requires an Internet “supra-score.” In order to best monitor bad actors and ensure the stable health of the Internet, we need a global reputation index of every user of social media in the world.

Sites such as eBay and Uber have already begun to create a more egalitarian experience online through a dual-rating system, with a bad rating presenting a risk of loss of reputation and/or money. As a result, each party earns a public reputation, and the score follows both buyers and sellers throughout a community.

While these systems are a step in the right direction, they fall short because user reputations are only limited to a particular website and don’t cross into other sites. Each community is hidden under authenticated passwords and different rules of conduct. A person can be an honest broker on eBay, and still spit blisteringly vulgar hate at Kanye West on Twitter.

A supra-score, then, would work in two ways. First, individuals rate each other as they do on eBay and Uber through a universally deployed “button” (be it an application, extension or plug-in) across platforms, sites and networks. These types of data exchanges already occur within milliseconds: The supra-score would rely on the same technology that’s already being deployed by programmatic retargeting. Ratings, and the underlying profile data, would then be compiled into individual supra-scores and then aggregated into a global database akin to the origin of the original ICANN database for URL addresses.

This supra-score would only display the best and worst of human interactions in social media. Only the bottom 10 percent and top 10 percent of global citizens would be publicly viewable. Ideally, the system would alert individuals when they fall in the upper or lower 20th percentiles, because everyone deserves the opportunity to improve their score. This is also why the supra-score would update on a rolling 12-month basis. The addition of this universal “see something, say something” component –- a way to report extremism –- encourages proper in-community behavior.

The benefits of a supra-score would be threefold, at least.

Transparency
The first step in preserving privacy and free speech is to create genuine transparency in social media. Data companies now have the technology and capital to understand the complexity of our particular behavior online. For example, companies such as BlueKai host more than 1 billion consumer profiles that contain a minimum of 50 attributes. But what if we used this data for social good rather than selling insurance or shoes?

Regulation
Data companies will want to provide this public service. Why? One answer is ethical, and the other is practical. Ethically, people deserve access to their own data. As humans, we have a right to our own identities, whether they’re in the form of fingerprints or social graphs. Practically, data companies must regulate themselves before the government does, and before citizens demand it. The demonstration of how this data and technology would benefit the entire global village is a powerful argument that there is societal benefit to having a big brother.

Fighting the Extremists
I don’t envy the job of YouTube moderators, who see the worst humanity has to offer. Free speech in social media is threatened today by extreme behavior: trolls, haters, flame throwers. Anonymity in social media provides an environment conducive to bullying and abuse. Unfortunately, this type of behavior risks becoming the norm for the Internet, something that both content creators and users have come to expect through their engagement. The supra-score would provide a crowdsourced, democratic way to monitor these bad actors.

Yes, the supra-score and its “see something” function are fraught with security concerns. And yes, social media is predicated on user control of media and the etiquette of enabling people to opt-in versus opt-out. But the fact remains that extremism is on the rise. And the establishment of data warehouses is a fundamental threat to privacy. We must do the painful things to ourselves, before others do them to us.