Inside the agency: Jellyfish’s Google-loving shop 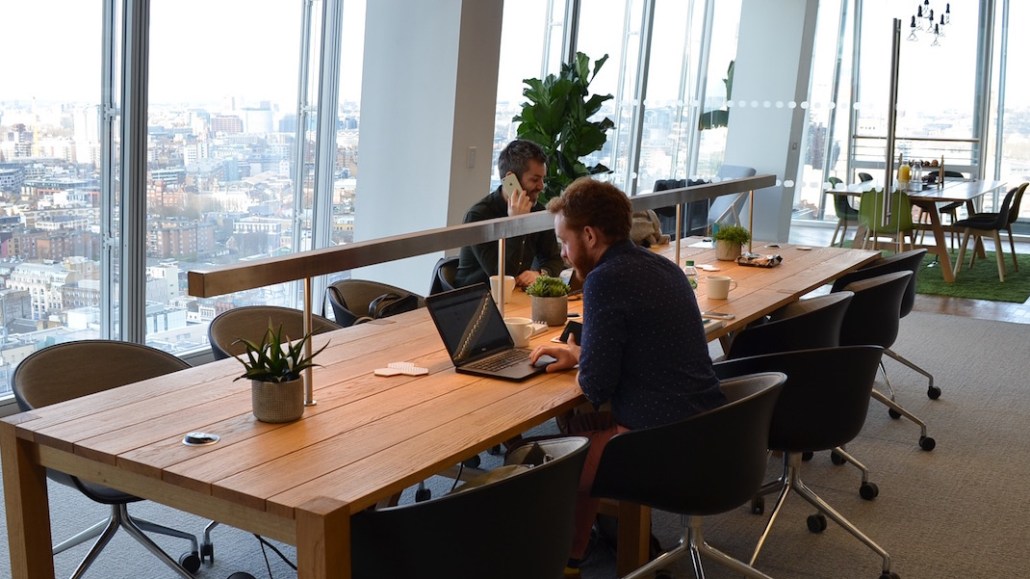 While others rue Google’s dominance in advertising, Jellyfish relishes it.

In just 12 years, Google has helped Jellyfish grow from a tiny IT consultancy in Surrey’s Reigate to a 350-strong digital agency with seven offices globally.

“If we could rename as Google Services Limited we would,” CEO Rob Pierre said at the agency’s new 9,500-square-foot space inside London skyscraper The Shard. “We’re technology agnostic but we only really use Google. I can guarantee the networks are much more agnostic on behalf of their brands, so it is a way of us differentiating ourselves,” he added.

Besides having every badge and partnership going, the independent shop is Google’s only accredited DoubleClick training provider globally.

Three rooms inside its London office, which opened at the end of 2016, are dedicated to teaching the likes of AdWords and Google Analytics. Pierre estimates 3,000 people will pass through these rooms in the next year.

Training isn’t a huge revenue driver, but it’s key for positioning Jellyfish as a thought leader to prospective clients and keeping its own staff up-to-date. The London office’s location — 22 floors up — doesn’t hurt.

Staff as brands
Jellyfish takes training seriously. It gives staff time off to get training outside of work. For instance Hannah Dempsey, the agency’s associate director of social media, also lends her skills to the TedxLondon events series.

“Normally an organization will panic as they’ll be highly exposed and their LinkedIn will be hammered,” Pierre said. “It’s a risky play, but the value they can add to us is invaluable.”

On the subject of side hustle, Pierre himself recently became co-owner of a bar in Monument, Ember, named after the Great Fire of London. One client, Experian, has booked its Christmas party there already. “We obviously send a lot of clients there. I’m trying to recoup wages too, keep it in the family,” Pierre joked.

While Jellyfish’s new office has the typical tropes of agency cool — a lego wall, cryogenically frozen moss, a coffee-ordering app — there is a limit. “I tried being a cool CEO but it didn’t work,” Pierre explained. For instance, giving the entire company Friday afternoons off after 1.30pm backfired (people made Thursday night the new Friday night) and the scheme was scrapped.

Now, real treats are hard earned. For instance, every staff member who passes ten years at the company gets a Rolex. There are seven in the club so far including CFO Chris Lee; head of paid media, Daniel Wilkinson; and Jamie Hammond, who heads up analytics, optimization and training.