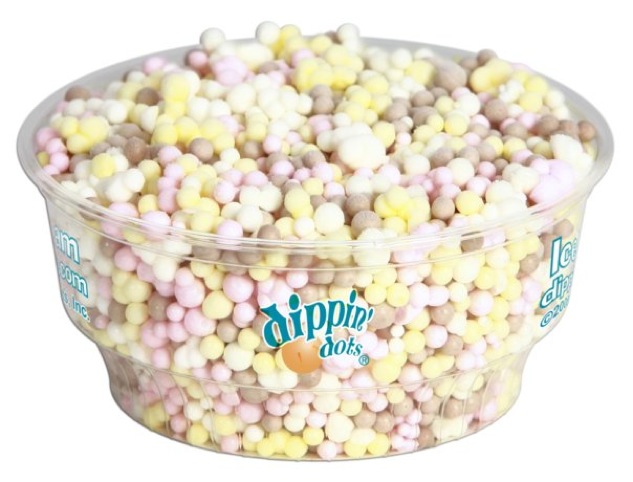 For some marketing executives, the ROI of social media is self-evident through linking with customers and humanizing their brands. Others, like ice cream brand Dippin’ Dots, want to see real sales.

Dippin’ Dots is extracting data from Facebook and targeting people before their birthday to sell its product for their birthday bash. The company, which rolled out an e-commerce site earlier this year, sees the majority of sales coming to dippindots.com can be attributed to Facebook, where the brand has over 5 million fans.

“Generating word of mouth is great but it’s very PR,” said Van Vandegrift, executive producer at digital agency Matrixx, Dippin’ Dots’ agency. “Our goal was always to figure out how to monetize the fan base.”

Dippin Dots’ approach is rather unique. Right now, beyond selling to franchises, Dippin’ Dots sells to consumers. It’s target is special events, like birthdays. It’s expensive, according to Vandegrift, because the product needs to be kept below 40 degrees and so it’s shipped on dry ice. But there is a small market that is really interested in things like this. To weed these people out, Dippin’ Dots has an email registration form on its Facebook page, which asks people to sign up for email alerts. It has seen success in selling to these individuals, according to Vandegrift, who would not share numbers. This tactic, and proactively seeking out individuals around the time of their birthday is helping Dippin’ Dots drive sales.

Dippin’ Dots also uses Facebook to drive awareness for new products. Take this post, which was added on Oct. 22 and is meant to drive awareness of s’mores-and rocky road-flavored Dippin’ Dots. It asks people which flavor they prefer and has images of both. It has been shared 51 times, 700 people commented and the post was liked 3,500 times.

Dippin’ Dots has also found that user-generated content works really well. For example, a young man submitted a photo of his grandpa eating Dippin’ Dots for the first time in his life, on his 100th birthday. Consumers were asked to like the post and almost 2,000 did so.

“Right now we are measuring a lot more than just the sales data,” Vandegrift said. “We’re also measuring the growth of our e-mail database, as a result of Facebook, and we conduct sentiment analysis as well.”

The investment into social is so small, and Vandegrift suspects that some agencies aren’t putting a lot of emphasis on social to clients because of that. Media is expensive, so obviously the agencies are going to push that, he said.

“Social is measurable and it’s a small investment for big results,” Vandegrift said.