Ladies. Get a sex change.

I wish I was kidding.

Yes, this is still how it is, in 2016. I’ve heard it through industry gossip. I’ve seen and overheard it myself, with CDs I freelanced for. If you don’t believe me, listen to Cindy Gallop, former chair of BBH, who’s now taken on the Sisyphean task of trying to change this dynamic:

“The entire corporate structure was predicated on the concept of a housewife,” she said in the Digiday Podcast last fall. “Today, everything’s changed, but the structure, systems and processes haven’t. Women drop out of businesses and agencies because sensible women look at the top of their industry at the closed loop of white guys talking to white guys.”

If a sex change is a deal breaker, do you know Photoshop/how to draw a little? If so, I strongly advise you to switch to being an art director. Your job opportunities would be tripled.

But male CDs don’t have such a barrier to hiring female ADs, especially cute female ADs. You see, they see cute female ADs as unchallenging decorations and will then pair you with one of their “tough” male CWs, mostly to help keep him happy.

But! You’ll get the last laugh — by being an undercover copywriter. Sure, you’ll have to comp up copyboy’s lame-ass ideas. But you’ll also get to present some of your own non-lame-ass executions.

Or … you could just have such an overwhelmingly kick-ass portfolio that the CD would be an epic dolt not to hire you (yeah, don’t count on it).

If you think I’m just making all this up for shits and giggles, I suggest you get in touch with Gallop.

Braniff Airlines “Air Strip” spot created by Mary Wells. Wells started her own agency, Wells Rich Greene, when she was 38. She was the first female ad CEO and first female CEO of a company listed on the New York Stock Exchange.

Today of course, there are other options besides “hot” creative ad agencies. You could try your luck at one of the hundreds of new “digital” agencies that have popped up like pimples in an OXY 5 commercial. Unfortunately, the creative output of these shops is generally pus-like in quality.

Then there are the internal creative departments of publishers. But I can tell you, first hand, that these departments (at least at BuzzFeed, Huffington Post, Vice and Gawker) also fester like an oozing zit. (How did I get on this metaphor?)

But you could probably get hired and get some experience. Just make sure you quit and run away before your creative spark gets extinguished. 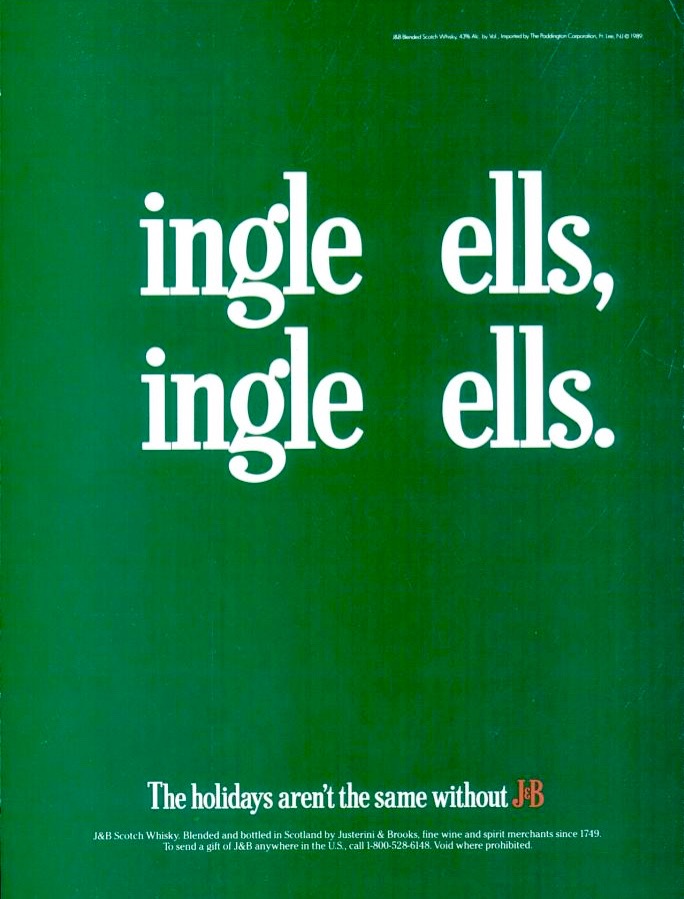 Ad for J&amp;B whisky, one of the most memorable Christmas ads ever created—by a truly great copywriter, Diane Rothschild (look up her Range Rover ads). She started her own agency with DDB art director Roy Grace in 1973 when she was 30.

That’s all I got. Good luck, sweetheart.