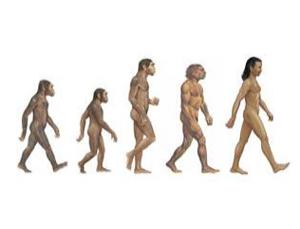 Madison Avenue has more than a little Silicon Valley envy. There’s a feeling that as the ad world struggles to put in place less cumbersome processes in the face of the rapidly changing digital media world it is just falling farther behind.

AKQA’s chief creative officer Rei Inamoto has been vocal on the issue, arguing that creativity no longer belongs to those with the word “creative” in their job titles and that some of the most innovative ideas of the past decade have been coming from what are typically regarded as “non-creative” people, such as engineers and technologists. Inamoto last week expanded his views during an Internet Week event at AKQA’s New York offices.

Views among the quartet were mixed. Boone and Wheeler’s answer to the question was a resounding yes, and both argued startup-like thinking among agencies will not only be beneficial to their businesses, but ultimately essential for their survival.

“The agency world can learn from Silicon Valley’s notion of agility, elasticity, and launch and iterate,” said Torrence Boone, a former ad executive, who is now Google’s director of agency development. “The way the Valley operates can inform the way agencies go to market and allow them to be more responsive and effective in today’s world.”

Just as many startups embrace the idea of a minimum viable product, agencies should think about the concept of “minimum viable ideas,” which are, he suggested, pushed to market as quickly as possible and then iterated upon. That’s a far cry from the typical agency approach that often revolves around a “big idea” and subsequently involves months of strategy, theory and rationalization before anything gets to market.

“There’s way too much risk-aversion in the industry. At Google, we have this idea that if you’re going to fail, do it fast. The way you do that is by launching and iterating, and getting concrete data so you know how to course-correct.”

Eric Wheeler, a former top Ogilvy exec and later a tech startup founder with social targeting firm 33Across, noted agencies aren’t incentivized to be efficient thanks to their compensation models. Staff within agencies want to innovate, but their “aircraft-like” nature makes it difficult to do, he said.

“The business models are evolving,” he said. “Startups take a really good look at the landscape and focus on the problems out there they can solve. I believe agencies have to think this way to survive.”

Easier said than done, noted former BBH chairman Cindy Gallop. Though she agreed that agencies need to change, they should think less about emulating startups and more about how they can recalibrate their businesses to take advantage of the opportunities that they present.

“Agencies should reinvent themselves and take influence from the startup world to do that,” she said. “The knee-jerk startup business model is ad funded, but there aren’t enough advertisers to go around. That represents a huge opportunity for our industry. These companies hate us, but they need us. I think the future is better collaboration between agencies and startups.”

Venture capitalist Charlie O’Donnell took a similar stance, arguing that agencies should ultimately stick to what they do best and to what they’re staffed to achieve. He pointed to the fundamental differences between the outlook and nature of agencies versus startups. Agencies sell: It’s a service-based business in which they’re required to be constantly coming up with new ideas in order to earn a crust.

Because of that, they invest their time and efforts more wisely than most startups, he suggested, party because of their intimate knowledge of the needs and problems facing brands and advertisers.

“I don’t think startups always do a good job of chasing after right problems,” he said. “Agencies, because they’re so sales driven, don’t spend time building things for six months that advertisers have been saying for a year they don’t need.”