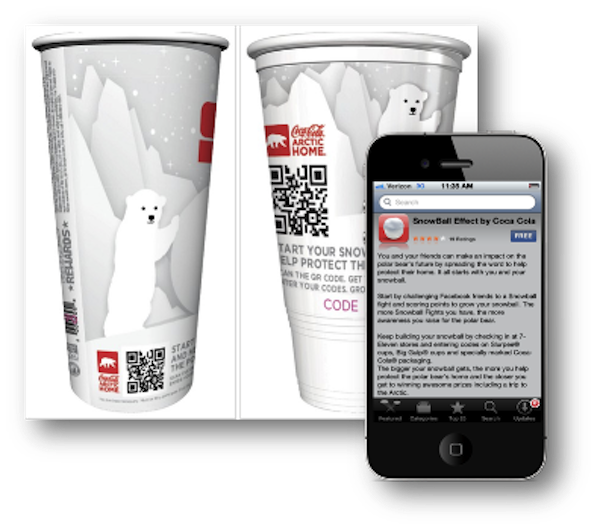 QR codes get slammed all the time as being useless technology that doesn’t work and isn’t driving any real results for brands. But why, then, are so many brands jumping aboard the QR code craze? Could it be the industry is wrong? Do QR codes offer brand marketers a way to separate the consumers who are really interested in interacting from those who aren’t?

Scanbuy, one of the companies that provides QR codes to brands and reports on the analytics on the back-end, claims that it saw 13 million scans processed in the first quarter of 2012 alone, a 157 percent increase from more than a year ago. The company says that the most popular QR code marketing campaigns are delivering video, app downloads and product details. A ScanLife study also found that 86 percent of marketers plan to use QR codes in 2012.

“We’re excited to see the continued growth in awareness among marketers, and we expect both the quantity and the quality of QR code marketing to grow considerably in 2012,” said Mike Wehrs, CEO of Scanbuy.

Recently, Coca-Cola used QR codes on packaging to link consumers to downloadable content. The codes were used to promote Coke’s “Snowball Effect” campaign. Coke wanted a fun and convenient way for customers to interact with its app and learn more about the program. QR codes were placed on cups and in 7-Eleven locations around the U.S. Coke used codes to link iPhone users to an exclusive app download, and other users were directed to a video on the “Snowball Effect” campaign. The codes generated additional interest in the campaign from blogs and other media outlets, and they led to tens of thousands of app downloads.

“The results we have seen are extremely impressive,” said Paco Rodríguez, digital manager at Coca-Cola. “Thanks to QR codes, we are able to constantly surprise our consumers with new content, strengthen our position in the mobile space and understand what interests our consumers.”

Taco Bell also recently placed QR codes on packaging to link consumers to downloadable content. The promotion ran in tandem with Taco Bell’s sponsorship of the Video Music Awards. QR codes were placed on millions of Taco Bell’s “Big Box Remixed” packages and large cups around the U.S. The codes linked to exclusive Video Music Award content that could only be accessed through the code. Content included video teasers, artist interviews and performance footage. In addition, the content was updated weekly to give return users the best experience and reward them for scanning again. The execution generated over 400,000 scans in a six-week period and was a highlighted case study at the Mobile World Congress in Barcelona, Spain. Taco Bell also learned valuable data about its scan audience, such as the fact that 59 percent were male and 13 percent were repeat users (i.e., they scanned the codes more than once throughout the campaign). It also discovered which cities were top scanners.

HP has also used QR codes on packaging, linking consumers to product information. During the 2011 holiday season, HP was looking for a way for customers to receive details on their products directly from the package. It wanted potential customers to more easily understand what they were purchasing and what accessories, like ink packages, were required for each. Over Thanksgiving weekend, scan traffic increased by a staggering 500 percent, as Black Friday shoppers fled to stores in search of the right gift.

As we can plainly see, brands are using QR codes and are seeing success. But for some reason, the digital industry still seems to be wary when it comes to QR codes, unconvinced of their value as a marketing vehicle.

“Some of the largest brands in the world are using QR codes aggressively,” Wehrs said. “A  lot of people are worried about what the code is allowing them to do and the functionality behind it, and those free QR code generators aren’t the way to go. Just look at what Guinness did. They used a free generator and screwed up with the code and had to do an enormous product recall that must have cost them tons of money. If you use a service provider, then stuff like that does not happen. It’s examples like that that make people think the problem is with QR codes. But it’s not. If the problem were with QR codes, then why would a global brand like Coke have hundreds of millions of QR codes out there right as we speak?”