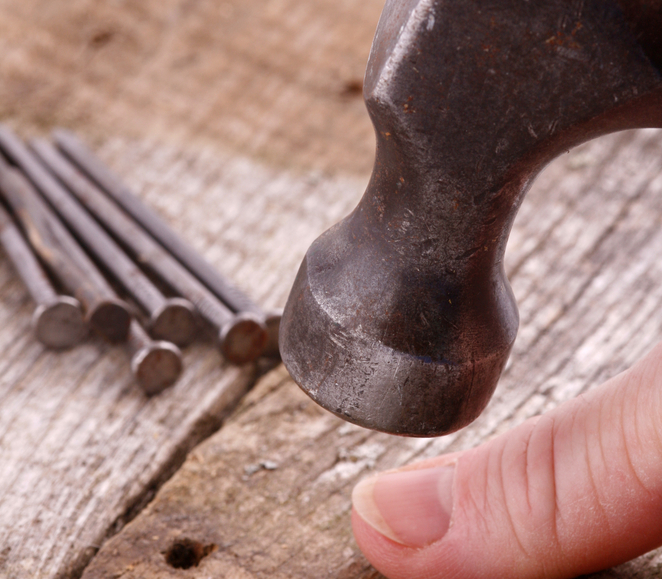 “Your brief is showing.” That’s what people in advertising say when you’re a little too on strategy. Too often, the agencies are thinking about what the client wants, not what the audience wants.

I should know: I worked as a copywriter and creative director for 16 years and, most of the time, was just asked to tick boxes off a list. This was especially egregious at big corporate agencies, where the focus was on billings and not ideas.

Ultimately, this “garbage in, garbage out” approach sent me packing. I ended up working for startups and, soon after, started dabbling in content marketing. During my time in advertising, I won only three awards. Yet in the year or so I’ve been a content marketer, I’ve won seven awards — plus recognition from Communication Arts and Digiday. Did I suddenly become a better writer? While I’d love to say yes, I know that’s not true. So what changed? My approach.

It’s about the audience, not the client.
The fundamental difference between content marketing and advertising is this: Only the latter should be created with the intent to sell something immediately. Content marketing is that slow burn that predisposes audiences to a product or service, making them more likely to act when faced with sales-y communications later. As such, this isn’t where you talk about your client’s value prop — this is where you zero in on what’s important to your audience. Don’t know it? Find out. You won’t need anything as formal as a focus group. You can get answers, sometimes even enlightening ones, simply by posing questions on social media. Conducting a listening audit isn’t a bad idea either.

Think in terms of earned, not paid.
Agencies are used to paying for placement, so it’s hard for them to think about creating something a media outlet would run solely on its own merits. Sure, you can pay for a sponsored-content placement, but that doesn’t mean it will get watched or read. I tend to use editors as my B.S. meter — if they’re excited about something, it’s likely their audience will be too. It’s harder to gauge the relative quality when you’re merely cutting a check. What I’ve learned from copious amounts of pitching: Media outlets are most excited when you propose something they either haven’t seen or can’t produce themselves. More than once, I ended up with great exposure for my content and didn’t have to pay a dime.

Chipotle believes in sustainability in a way many of its competitors do not. Chipotle’s second short film perfectly reflects its philosophy — in a way that’s incredibly compelling. Major media attention meant over 11 million views.

Strategy is just as important as execution.
Many agencies take a “ready, shoot, aim” approach when it comes to getting work out the door. And given advertising’s incredibly short shelf life, it’s no wonder shops have no qualms about banging it out. Content marketing, however, has the potential to endure. So make sure you can live with whatever you create, as it’s likely going to be around a while. To ensure there are no regrets, take the time to figure out what makes sense, come up with a solid plan, and then deliver, deliver, deliver. There’s always room for improvement, but it’s best not to assume that in the beginning.

Intel isn’t the sexiest brand, but its collaboration with Vice, The Creators Project, has attracted over 400,000 subscribers since 2010.

When you take all of this into consideration, is it even possible for ad agencies to do content marketing well? Of course. It’ll just require their employees to forget most of what they’ve been told. I did it and you can, too.