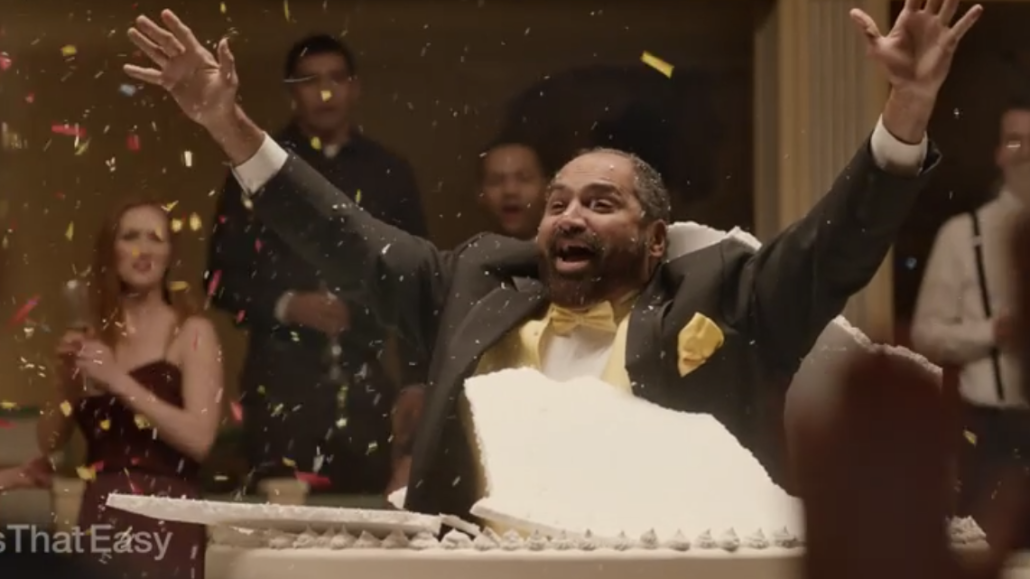 The stage is set, the battle scheduled and the players are prepared for combat. And no, we aren’t talking about the Seattle Seahawks or the New England Patriots. As the Super Bowl looms, a number of brands are preparing to air their first-ever ads during the Big Game.

The hefty $4.5 million price tag for 30 seconds of air time isn’t acting as much of a deterrent. Several brands, including cruise line Carnival Corp. and candymaker Skittles, are entering the fray for the first time, running ads alongside Super Bowl recidivists like Budweiser and Coca Cola. Even BuzzFeed is eyeing a debut, unveiling a kitten-themed (naturally) ad for Friskies at the regional level. And why not? It is, after all, the day when a well-placed spot can grab at least 100 million eyeballs.

Still, not everyone is as optimistic.

“There is a massive audience, of course, but these brands have to remember that hope is not a strategy, and most newbies really don’t understand that,” said Erich Joachimsthaler, founder and CEO of brand consulting firm Vivaldi Partners.

With that caveat in mind, then, is the rundown on the brand virgins of Super Bowl 2015:

This multinational cruise company has had a rough couple of years, bottoming out with the 2012 Costa Concordia debacle, which killed 32 people. Despite having been around since 1972, Carnival only just decided to sail the seas of Super Bowl advertising this year.

It announced that it would air its first Super Bowl spot last December: one 60-second spot chosen from four commercials produced by agency BBDO Atlanta and Hollywood director Wally Pfister. Fans have been voting for their favorite on the crowdsourcing hub “World’s Leading Cruise Lines Marketing Challenge.”

“We want people to know that there is a cruise for everyone — from family to budget and luxury cruises,” Ken Jones, Carnival Corporation’s vp of marketing, told Digiday. “The time is right because our business is strong and we know that we aren’t just competing with other cruises but land-based vacation companies as well.”

Jones added that people have been voting in large numbers and that voting would continue until right before the game. Carnival Corporation also has digital and social media efforts planned in the run-up to the big day. 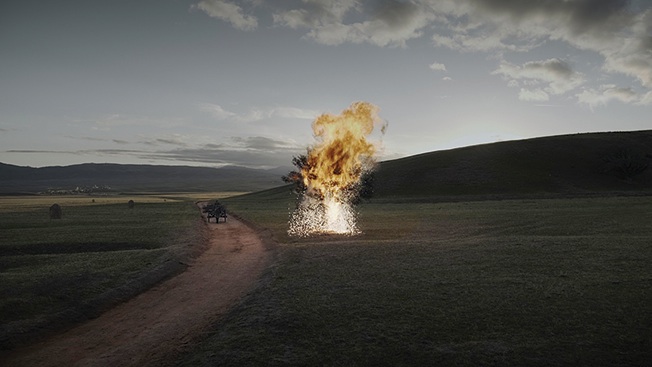 Among the many first-timers is this smartphone accessories and battery case-maker, which has partnered with agency Deutsch L.A. for a 30-second spot to bolster its brand recognition. While the creative is being kept under wraps, the spot will play up the panic and frustration we feel when our phone battery dies, according to mophie. The brand also plans to give away $1 million worth of products on its website — if the game goes into overtime.

“We’re the category leader and a brand that many people use, yet only one out of every 10 people in focus groups recognized our name,” Ross Howe, mophie’s vp of marketing, told Digiday. “Our goal in 2015 is to not only continue to grow the mophie brand but generate awareness for the entire category. And in terms of reach, you don’t get much bigger or broader than the Super Bowl.”

Skittles made a mark on last year’s Super Bowl even without an ad, when it recruited Seattle Seahawks star Marshawn Lynch as a spokesman.

This year, the candy brand is an official NFL sponsor and will be unveiling its first proper Super Bowl ad, created by agency DDB Chicago. The company launched its current campaign in early January with a fun ad starring former Super Bowl MVP Kurt Warner at a Skittles-themed tailgate party, followed by a one-man “press conference” with Lynch himself, in which he addressed everything from what his famous “Beast Mode” feels like to his fondness for cat videos.

“Skittles is a beloved brand and product nearly every day of the year,” Matt Montei, its parent company Wrigley’s senior marketing director for confections, told Digiday. “But there are times when it makes sense for Skittles to strategically play a bigger role in the market. The Super Bowl is the second-biggest snacking day of the year, and Skittles is the perfect snack to make game day awesomer while tailgating or home-gating.”

The website-builder is finally joining the ranks of its competitors GoDaddy, which is set to be a Super Bowl advertiser for the 11th time this year and Squarespace, which will roll out its second spot this year. The company has partnered with Committee L.A. to produce “#ItsThatEasy,” which will be aired in the fourth quarter of the game.

“This is the logical next step for us as a company to let people know who we are,” Eric Mason, the director of strategic marketing communications at Wix, said. “Since launching in 2006, we have gathered 59 million users in 190 countries, built a community and gone public. We now want to become a household name.”

The spot will feature NFL legends Franco Harris, Larry Allen, Emmitt Smith, Terrell Owens and Brett Favre, as they move on from the gridiron to start new careers as small-business owners.

Pass the guac: Avocados from Mexico wants the world to know that the Mexican fruit is always in season and goes perfectly well with football. In doing so, it becomes the first fresh-produce brand ever to advertise in the Super Bowl, partnering with Havas for its first Super Bowl ad.

“Elevating the Avocados from Mexico brand on this scale has opened doors for us promotionally in retail and food-service,” Alvaro Luque, the company’s president, told Digiday. “We intend to keep the momentum going post the Super Bowl to reinforce the brand and continue market growth.”

In addition to the TV spot, Avocados From Mexico will be launching several marketing campaigns centered around football to further promote the taste, nutritional benefits, versatility and year-round availability of Mexican-grown avocados, including a partnership with Mario Lopez and his wife Courtney.

This 52-year-old glue company from Ohio is setting aside a majority of its entire annual ad budget for its first ad at the Super Bowl, with agency Fallon. The Super Bowl commercial builds on the success of its “#WinatGlue” campaign from last spring, a funny spot featuring a bunch of people dancing around with Loctite fanny packs.

“‘#WinAtGlue’ attracted quite a bit of attention in relation to the short-term, modest media investment, so the next phase was to determine the right note to hit for the Super Bowl stage in 2015,” a brand spokesperson said. “We want to capitalize on the biggest televised sporting event in the U.S. to significantly raise awareness for the Loctite brand. The objective is to become the top-of-mind choice among U.S. consumers and to drive Loctite further ahead of competition.”

Apart from the spot, the brand will also be building and courting its social base on Twitter, both leading up to and during the game. And once the spot airs, it will be launching a new Tumblr page where people can further explore its “world of win.”

One of the latest entrants in the newbie club, the insurance company and its agency Leo Burnett Chicago announced that they too would release a spot at this year’s already-crowded Super Bowl ad space. This move is not surprising, considering Esurance had one of the most successful Super Bowl campaigns last year — buying the ad slot immediately following the Super Bowl and offering a $1.5 million prize through a sweepstakes if people tweeted the hashtag #EsuranceSave30. The hashtag had garnered more than 3 million entries and 5 billion social media impressions.

“While we’re a major brand in the insurance category, we’re not as well known as our major competitors who spend far more than we do,” Alan Gellman, Esurance’s CMO, told Digiday. “Our goal is to show consumers that we are a smarter and modern choice for direct insurance. We will do this in an entertaining way, and the Super Bowl is a great place to generate awareness and engagement.”

Skift reported on Monday that Ecuador was set to become the first foreign country to advertise in the Super Bowl. The tourism board of the South American nation will roll out a 30-second ad during halftime at Sunday’s game to the tune of “All You Need Is Love,” by the Beatles, as a part of a larger “All You Need Is Ecuador” campaign aimed at American tourists.

Want a little guilt with those Buffalo wings? Weight Watchers and its agency Wieden + Kennedy confirmed that their spot would be one of the several at the Super Bowl this year, but they are refusing to divulge any details before game day.

This decision is the latest step in Weight Watchers’ rebranding effort, which was kickstarted with signing Wieden + Kennedy after several years with McCann, and a new logo last year. The brand’s first campaign with Wieden + Kennedy, “Help with the Hard Part” debuted in November, and was a step away from its previous celebrity-studded campaigns — instead playing on their fans’ very human desire to “have a snack.”