The best (and filthiest) tweets about Airbnb’s new logo 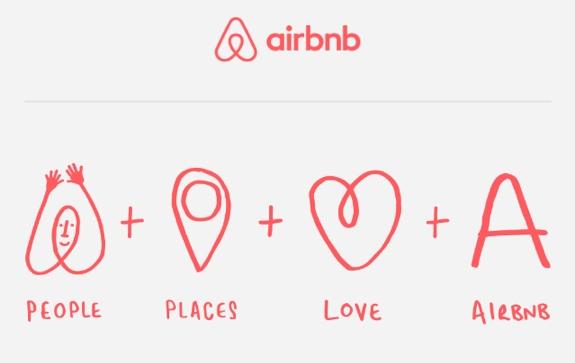 It’s barely been a few hours since Airbnb took the wraps off its new logo redesign, and it’s already the butt of all jokes. (Literally!)

While this overhaul might have been a move to improve user functionality, if tweets are any indication the rebranding of the logo seems to have backfired. The new logo “Bélo,” representing belonging, is meant to be an uppercase ‘A’ merged with a heart and a place pin — but has been interpreted in a lot of unconventional ways (which may say more about our own dirty minds).

Here are a few of our favorite reactions to Airbnb’s revamped logo.

Let’s start with a glimpse at the creative process behind the logo.

The Thought Process Behind the new #airbnb logo pic.twitter.com/pUEps6e5Ik

Design UX/UI recast it in a way we can never unsee.

Not to talk crap about Airbnb’s new logo… but it had to be done. pic.twitter.com/1EZHZCTVth

Though designer Tad Carpenter put more of a scrotal spin on it.

Airbnb’s new logo is probably my favorite testicle based logo for sure. — Tad Carpenter (@TadCarpenter) July 16, 2014

Others pointed out that the new logo looks awfully familiar.

The woman on the right is on the phone with her lawyer. pic.twitter.com/JnN1wvhcCa

Some people just went ahead and said what we’re all thinking.

Only a company founded by designers could come up with a logo that looks like every sexual organ in the human body. #startup #airbnb

Somehow the new Airbnb logo looks like every single private part I can think of on either gender, all at once. That’s actually impressive. — Josh Johnson (@secondfret) July 16, 2014

Actually we hope the answer to this rhetorical question is “fewer than you’d think.”

How many people in AirBNB meetings didn’t tell their bosses the new logo looks like testicles? All of them, right? pic.twitter.com/2e9b1PpyeN — Kate Stayman-London (@_ksl) July 16, 2014

This actually explains everything.

The logo really was one big Rorschach Twitter test, in more ways than one.

We’re starting to wonder what the B’s stand for now.

To its credit, even Airbnb itself got in on the fun.