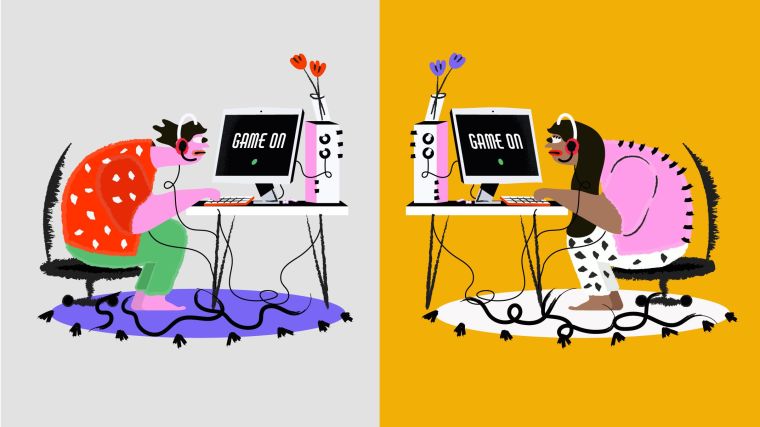 Even for those of us who grew up playing video games, surveying the gaming industry today is a case study in cognitive dissonance. Gaming in 2021 is an enormous, still-growing business that encompasses vast ecosystems like Twitch and Steam, livestreams and online discussions that engage millions of fans annually and — in normal times — esports events that draw crowds in the tens of thousands. It’s also a huge marketing and advertising opportunity for brands, but it’s one that has gone untapped by many companies until now.

Digiday’s Gaming Advertising Forum invited a group of industry insiders and thought leaders representing brands, gaming platforms and ad tech companies to take the industry’s pulse, discuss the trends that are influencing their thinking and offer some tips on strategies and tactics for advertisers who are just entering the gaming space. If your brand falls into that last category, or is hesitating, consider this: Krishan Patel, director of sales, EMEA, at Twitch said gaming is a $142 billion industry globally, one in which Twitch users watched over 2.8 billion hours of gaming livestreams in Q4 of 2020. That’s a world any brand should want to be a part of — the trick is figuring out the right approach.

01
The social power of gaming

One reason gaming is such a huge opportunity for brands is because it’s fundamentally a social experience. It’s a conversation starter, a space to form communities and a vehicle for shared moments. Gaming occupies an important role in the lives of so many people, particularly among younger generations, and many brands have been slow to understand this.

Hubs like Twitch have evolved beyond gaming to become platforms where creators and fans gather to experience and discuss content in a wide variety of fields. Sports and music are experiencing notable growth right now on Twitch, according to Krishan Patel. “The barrier to entry to the music industry is high for some and I think Twitch provides a real route to connect with fans to make a living,” Patel said. He cited the example of musician Sereda, who has built a Twitch following around streaming her writing and recording process. Her channel now brings in around $4,500 a month.

Joe Barnes, director, Bud Light sports marketing and dead of esports and gaming at Anheuser-Busch InBev, talked about the fragmentation of the esports fanbase into niche “micro-communities.”

Brands need to be thoughtful about how they address that as they enter the gaming space. “It’s not just a silver bullet that you can have with esports,” Barnes said. “What about Call of Duty fans? What about Fortnite players? … There’s so many micro communities within the esports space that it’s developed a similar strategy that we have with our sports sponsorships where we need to be able to speak to these communities based on their passion points.”

Patel said it’s not strictly necessary for non-endemic brands to have a gaming strategy (though they can and should) invest in ads on gaming platforms like Twitch. He offered a few words of advice about how brands should approach their first moves into gaming. “Consider the creative element, and consider how to think about engaging with this younger and leaned-in audience,” he said. “Really figure out what are those creative, disruptive, innovative ideas that can bode well for delivering a lot of brand equity and results on the service.”

Brands are also leveraging “gaming” platforms and their powerful community-building tools to stream their own events. Burberry, for example, live streamed its spring/summer 2021 fashion show on Twitch, becoming the first luxury brand to do so. “Virtual guests simultaneously viewed multiple perspectives of the show in one window, and offered an interactive experience where guests could connect with both the Burberry brand, and each other in the chat, all while personalizing their viewer journey,” Patel said.

02
Gamers are more diverse than ever

The people who buy, play, watch and discuss games today are more diverse than they’ve ever been and the audience for gaming extends across the world. “The audiences who play games on mobile are age, income and gender diverse,” said Mike Schoelch, national vp of IronSource. In fact, Schoelch said, the profile of those gamers actually very closely parallels the U.S. population.”

Marketers should certainly cite that diversity when explaining their gaming plans to company leadership. Pia Schoerner, head of esports at BMW Group discussed how she persuaded doubtful board members of how valuable esports could be to the brand. “It’s really big, it’s about play, and a community which is highly educated, which is global and interested,” she said.

Paul Mascali, head of gaming and esports, PepsiCo, said they’ve observed that around 70 percent of esports fans only watch one genre of game. That might entail developing separate strategies for each vertical, but at the very least it means brands should choose where they place their budget and who they partner with very carefully.

Jan Bojko, head of market research, Activision Blizzard Media said that whatever the vertical and whatever demographic or mindset type a non-endemic brand is trying to tap into, the brand will find those people engaging with gaming content. “If you’re looking for a relaxed mindset, looking for a high energy, competitive mindset, they do absolutely exist and you see these activations every single day,” Bojko said.

03
Building the infrastructure at scale

While brand interest in gaming is spiking, the industry is still building the infrastructure needed to optimize the advertising experience. Joe Lige, global vp of mobile, PubMatic, said in-game video advertising formats are “on the rise and increasing,” but said the key is improving measurability and viewability.

Curated marketplaces are one tool that will give brands confidence as they buy into gaming. “It allows you to align contextually around your objectives and basically reach audiences at scale safely,” Lige said.

Admix CEO and co-founder Samuel Huber said his company is applying insights gleaned from a combination of first-party data and gameplay-behavior data to offer advertisers more precision. “It could be an example of if you want to sell a digital good inside the game, understanding purchase behavior of digital assets and being able to serve an ad to that specific user,” Huber said.

Huber added that gaming behavior can throw up certain insights that would not be targetable via other advertising channels. “We’re going to surface more of these insights and make it available throughout our DSP,” he said.

Brand safety is another lingering concern for buyers and a challenge for the platforms to confront. Patel said Twitch is developing safeguards to give advertisers peace of mind. “Brands can choose to only buy against channels that we have determined employ the highest level of moderation and have no content that could be objectionable,” he said.

Advertising in this space isn’t just an intriguing opportunity for brands — increasingly, it’s a necessity. Gaming may be the only medium through which a brand can engage certain types of consumer. Noted Patel: “39 percent of our audience is not reachable by traditional TV.”

Gaming and esports also facilitate an always-on stance, giving brands an opportunity to drive sales consistently throughout the year, not just to coincide with the launch of a new game, product or campaign. “We’re not just activating the Q4 any more,” Mascali said while discussing PepsiCo’s ongoing relationship with Activision’s Call of Duty franchise. “We’re making sure we’re re-messaging the Call of Duty audience, and adding value all throughout the year.”

Brands who aren’t well-versed in gaming may not appreciate that the stars of gaming and esports are true influencers and celebrities, as much as any traditional sports star. Mascali pointed out that gamers like Dr. DisRespect will attract 20,000 to 30,000 fans for any given livestream. Brands also need to recognize the value of the very real bonds between gamers and their followers. “There’s this intimate kind of relationship they have,” Mascali said.

For brands who want to explore in-app video and gaming, one nagging fear is the unpredictability that can come with programmatic buying. Where will their ads appear and who will see it? What content will it appear alongside, and do they want that association? Brand safety is one aspect of this concern, but another is simple effectiveness. The rise of curated marketplaces is one attempt to assuage brands’ fears, giving them the tools to filter for the inventory and target audience that matches their goals and KPIs.

“Twitch is much more than gaming, and serves a wider audience with these varied mainstream interests — non-gaming content has quadrupled in the last three years.“