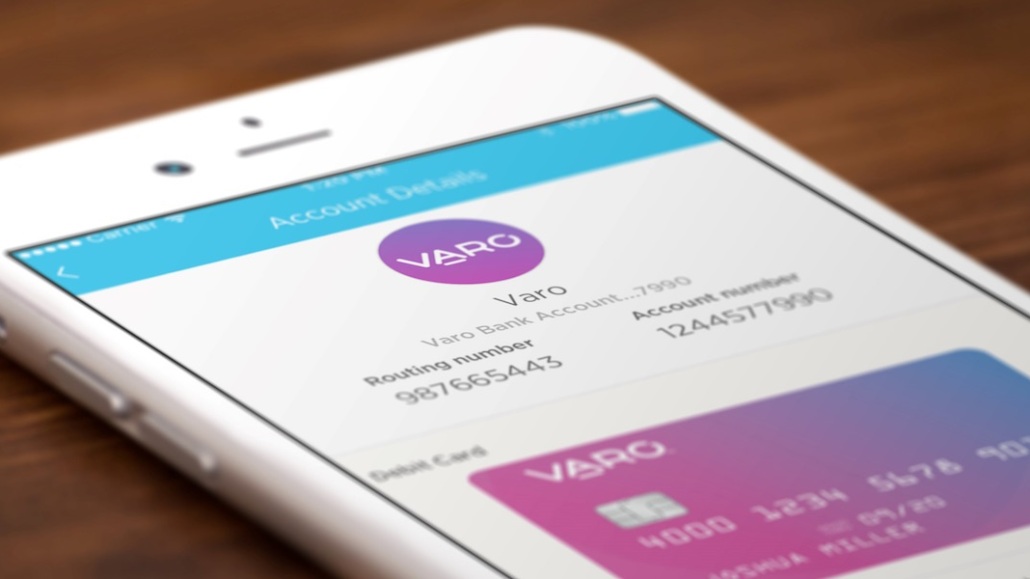 Another fintech startup is casting bank fees in its marketing.

Varo Money has been targeting customers of big banks whose fees they’re tired of having to understand and pay. Despite its appeal to potential customers to switch to Varo, its ads don’t call out specific companies, as some of its peers do.

“Customers have different reasons for wanting to switch banks,” said Emily Brauer Gill, director of brand and communications. “Our ethos is not to be overly aggressive.”

Varo’s ads promote a no-fee, all-in-one banking solution aimed at millennials, though its core messages speak to a broad swath of the public. Its digital ads can be found on social media platforms including Twitter, Facebook, Instagram, and Pinterest and it maintains a content marketing site called Money Diaries, which includes videos featuring customers’ personal experiences with money along the way to personal and professional success. The company, which has been ramping up efforts to build its brand, also hired a chief marketing officer, Carl Gish, who joined last week.