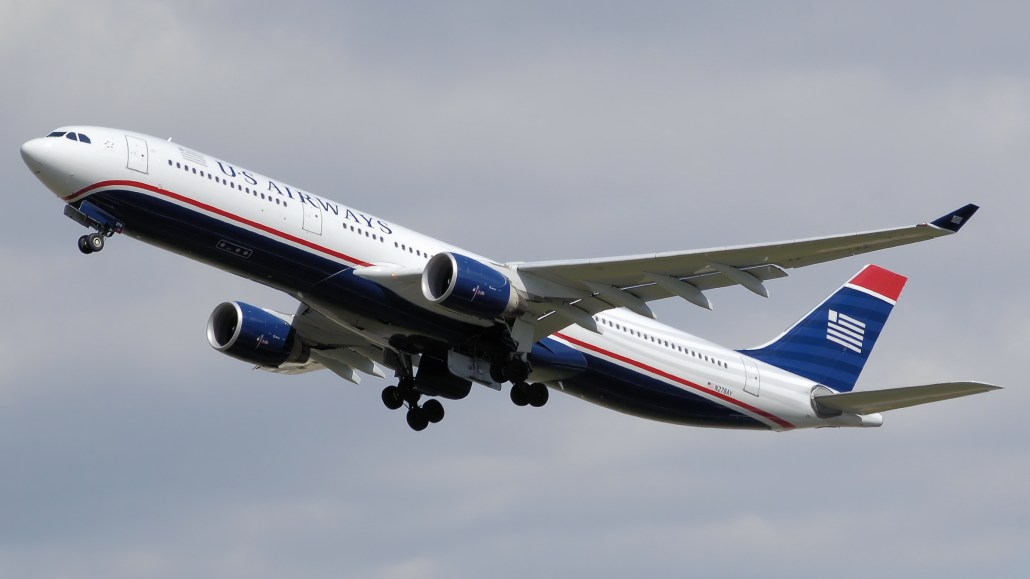 US Airways tweeted out an extremely explicit photo today featuring a lady with a toy airplane sticking out of a certain place where planes have no business being stuck.

The airline has since deleted the graphic image and apologized — it was apparently the result of a copy and paste error — although you can find plenty of (extremely NSFW) screenshots of course, because the Internet never forgets.

We apologize for an inappropriate image recently shared as a link in one of our responses. We’ve removed the tweet and are investigating.

And for once, people aren’t mad about a brand social media slip-up. Just look at some of the responses to the airline’s apology: 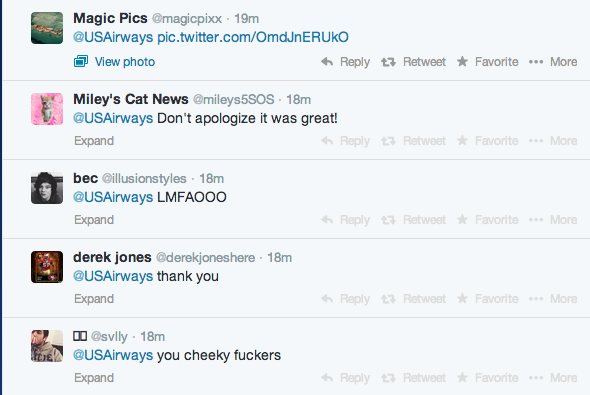 US Airways is currently a top trending topic on Twitter. According to data from Sysomos, as of 4 pm there have been 36,801 mentions of the airline, compared to its usual average of about 1,000 mentions a day. 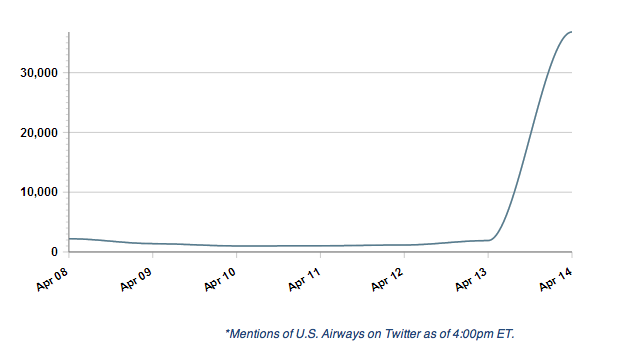 Beyond simply replying to the apology tweet, the denizens of Twitter had a field day making jokes at the airline’s expense. Here are some of our favorite tweets today:

Can you think of worse job than social media person for US Airlines anyway? This firing is gonna be the best thing to ever happen to them. — Will Leitch (@williamfleitch) April 14, 2014

this is the best @usairways experience I have ever had — Holly Anderson (@HollyAnderson) April 14, 2014

.@USAirways I bet that lady would enjoy it a bit more if there were some turbulence — Brian Essbe (@SortaBad) April 14, 2014

What The US Airways Tweet Gets Wrong About Plane Travel — Dave Itzkoff (@ditzkoff) April 14, 2014

Would that be considered getting lost in the Bermuda Triangle? #usairways

And the plane, hopefully. RT @USAirways: We apologize for an inappropriate image shared in one of our responses. We’ve removed the tweet. — Chris Burke (@ChrisBurke_SI) April 14, 2014

Would that be considered getting lost in the Bermuda Triangle? #usairways

Dear @USAirways, just blame it on Heartbleed. Everyone will believe you.

actual @USairways slogans: “Now our smile is even wider” “USAir Begins With You” “Where I Fly the Flag” https://t.co/tZJeK1qThq

I thought that’s how planes got born.

That photo was gross, but it looks more comfortable than a typical @USAirways coach seat.