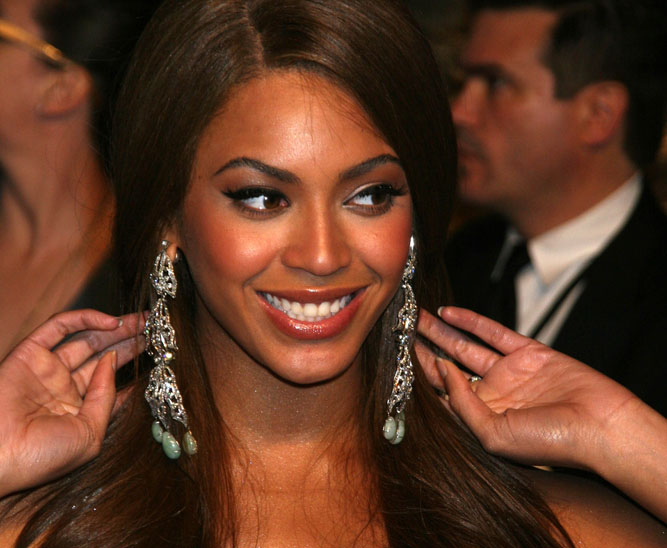 Now that the Super Bowl is over, it’s time to look at the plethora of social stats available — and then maybe we can get back to our normal non-Super Bowl lives.

This year, according to Networked Insights, the Super Bowl generated over 24 million real-time social media conversations across Twitter, Facebook, blogs and forums. But the most discussed topic wasn’t a player or a team or the blackout. It was Miss Queen Bey (pronounced “bee”) aka Beyoncé and her visually spectacular, pop-star-glam halftime-show performance. According to Bluefin Labs, social commentary peaked at 366,000 comments per minute during Beyoncé’s performance, which was even more social than Election Night 2012, at the exact moment the election was called for Barack Obama. That moment generated 261,000 comments per minute. Yeah, this is America.

Of the Super Bowl ads, the most-discussed according to Networked Insights was the GoDaddy ad “Perfect Match,” which got 255,121 social mentions; however, the gross make-out session spot also got the most negative reaction with 11 percent net negative response.

People were active on social TV, too. According to Bluefin Labs, there were 108,000 check-ins on social TV app GetGlue during the Super Bowl. Bluefin Labs’ data, which takes into account GetGlue comments, found that Dodge Ram’s “Farmer” ad was on top as far as the most social Super Bowl ad, not the GoDaddy ad. According to Bluefin, the Dodge Ram ad generated a whopping 402,000 comments. See Bluefin’s full top 10 list of social Super Bowl ads below to compare to Networked Insights’ top 10.

Hashtag marketing unsurprisingly played a big role in the Super Bowl this year. According to Networked Insights, 26 of the 52 national commercials CBS broadcasted during this year’s Super Bowl used hashtags, which is a 300% increase from last year’s game. The top five most mentioned hashstags from the top to bottom were Budweiser’s #Clydesdales, Pepsi Frito-Lay’s #Dorritos, Wonderful Pistachios’ #CrackInStyle, Calvin Klein’s #CalvinKlein, and Dodge Ram’s #GodMadeAFarmer. You can see Networked Insights’ full Super Bowl report here.