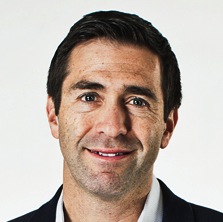 It is important advertisers recognize that consumers are using their PCs, phones, tablets, laptops, e-readers, and televisions, often simultaneously, to consume media. Instead of isolating new media from display, TV, radio or print, it’s more beneficial to integrate them. It’s no longer about digital media or standard media; it’s all of the above.

A recent Nielsen study found that consumers simultaneously use smartphones, tablets and e-readers, while watching TV. About 40 percent of consumers indicated that they use smartphones and tablets on a daily basis, while viewing TV. Conversely, fewer than 14 percent of consumers indicated “never” using smartphones and tablets with TV. Advertisers should surround consumers with ads as they migrate from one venue to the next. For example, an advertiser can run a standard TV commercial with related mobile and tablet banners and target relevant social conversations to create seamless branding experiences across multiple platforms.

A natural gas advertiser wanted to generate awareness about the dangers of downed power lines. Rather than focusing on one medium such as TV, the advertiser took into consideration the fact that people may encounter downed power lines at different locations and times, versus only at home. Thus, the campaign took a “video everywhere” strategy, which expanded video reach across desktops, mobile and tablets. Additionally, on-the-go consumers were targeted at gas pumps through digital out-of-home.

This example further validates the need for advertisers to create holistic campaigns that grab the attention of frequently moving consumers, while also realizing the window of opportunity to reach them is shrinking and the responsibility to maximize it must lie somewhere. The responsibility will equally lie with creative and planning teams to ensure that the small amount of time to capture consumers’ attention is as well designed and as well placed as possible.

If consumers are continually taking in different media, shouldn’t advertisers be targeting in a similar fashion?

Ben Pashman is vp of business development at Centro, a media logistics company.