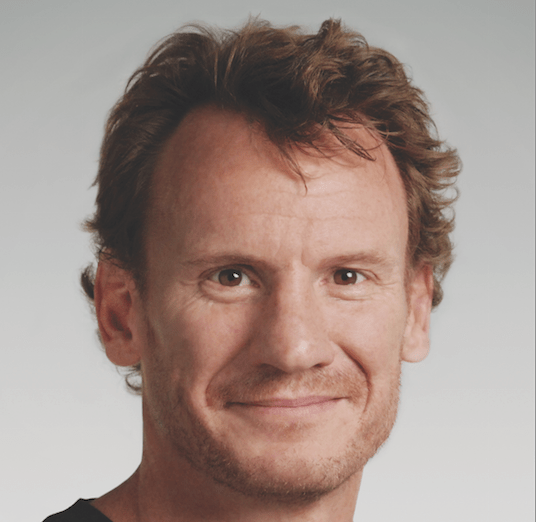 How many Cannes have you been to?
You’ve tripped me on the first question. It’s eight. No, it’s nine. I think it’s nine.

What’s the worst part of it?
The politics on juries.

Weirdest moment of the week?
Every Cannes you see people on the street you obliquely know. Sometimes you remember where you saw them, sometimes you don’t. This time I’ve met three people who have embraced me as a long lost brother and I have no idea who they are.

What’s the best piece of work you’ve seen outside R/GA’s own?
I have to admit I do like “Epic Split.” It’s not just beautifully produced, it’s that he’s so wonderfully weird. It’s a beautifully simple idea executed well.

Any celebrity encounters?
Ralph Fiennes was sitting next to me this morning. And I saw Brian Morissey during a run.

There’s been a lot of focus on R/GA’s work for Beats. What part of it do you like best?
Everyone loves the World Cup spot. But the thing that most represents what R/GA is doing is Beats Music. I think that’s a different achievement and a more profound achievement for the business.

R/GA doing both TV spots and platform work is interesting. Is the divide between the digital and traditional parts of the industry ending?
The advertising industry still looks at digital as this mystifying technical thing but it’s an amazingly creative project. The industry is better looking at platform work but everyone is still waiting for these soaring narratives like the World Cup spot we did. It’s a lot easier for a juror to watch a world cup spot than a technical case study.