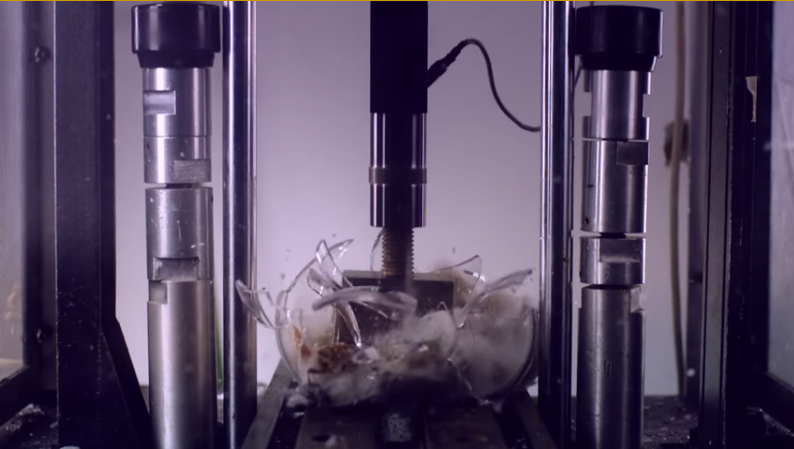 GE is making Spring Break a little more destructive. No, not with booze, drugs or wet t-shirt contests — but with science. You know, the really sexy stuff.

Yesterday, GE ran a social campaign using the hashtag #SpringBreakIt as a way to make material science more accessible and entertaining to the general public. GE asked people to tweet on April 23 using the hashtag #SpringBreakIt in order to request different videos of everyday objects undergoing the strength tests that all of GE’s materials undergo. Such tests include the drop test which exerts 5,000 pounds of force on an object to see how much energy is required to make a material crack, bend or break, and the metal-forging test, which uses 100,000 pounds of pressure and extreme heat to see how the properties of materials change.

Want to see an everyday object go through this GE forge test? Reply back with “crush it.” #SpringBreakIt pic.twitter.com/uAahOjWAAY

People could either directly tweet at GE using the hashtag or visit the #SpringBreakIt Tumblr to choose between buttons labeled crush, smash or blast to generate a tweet at GE. In response, GE tweets back with videos of everyday objects like a goblet or rubber duck getting destroyed.

As Sydney Lestrud, global digital marketing manager at GE, explained, over the course of a week GE shot 50 short videos of these material-testing videos at GE’s research labs with the help of Vayner Media and Stockton & Stockton.

“We had a couple of meetings at our global research center in upstate New York, and one thing we realized is how much work our researchers are doing around material science and innovation,” said Lestrud. “We realized we are at the forefront of developing these kinds of incredibly strong materials that get used in machines across various businesses, but we haven’t had the opportunity to celebrate it and get other people excited about it.”

In its first six hours, GE tweeted videos 220 times to people and the #SpringBreakIt hashtag has been mentioned more than 980 times according to Topsy. This #SpringBreakIt campaign falls into GE’s overall content strategy of making its technology, science and machinery — which most consumers never get to see in real life — more accessible.