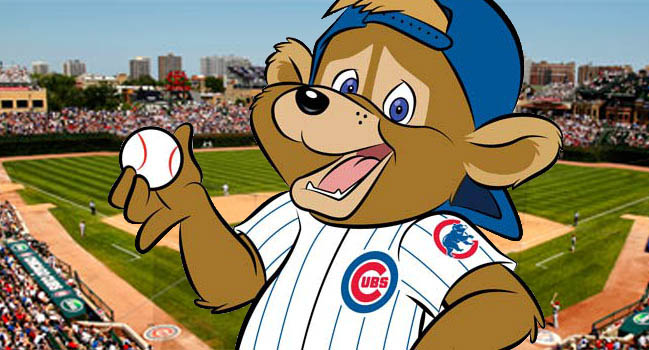 Only a team as perpetually down on its luck as the Chicago Cubs could see a well-intentioned rebranding so horribly backfire.

Earlier this week, the Cubs — one of Major League Baseball’s oldest, most venerated franchises — unveiled Clark, its fuzzy new bear cub mascot, the first in team history. The team brought Clark and several of its top young prospects to the Advocate Illinois Masonic Medical Center to bring cheer to Chicago children suffering from developmental disorders. “From the looks of things, everyone had a good time,” MLB.com reported.

Well, maybe not everyone.

“It just doesn’t feel like the Chicago Cubs brand,” Mark Pasetsky, CEO of public relations agency Mark Allen & Company, said. “This is a team that has a very deep, rich history and having this laughable mascot goes against that.”

The Internet’s reception was colder than a Chicago ice storm. Gawker Media’s sports blog Deadspin immediately criticized Clark’s introduction, calling him “a nightmarish, perverted furry.” The site then called for its readers to submit defaced versions of the Clark logo, a request readers responded to quickly, profanely and en masse. Perhaps the most stinging zinger was from the reader who turned Clark into a goat, a reference to the “curse of the billy goat” that has haunted the Cubs since 1945.

The Cubs are standing by the mascot, saying that the digital backlash is a mere flash in the pan.

“The Internet is bored all the time, and we certainly gave it a shot of adrenaline on Monday. This is no big deal,” Julian Green, the Cubs’s vp of communications and community affairs, said.

Green added that the Cubs began developing Clark last year as a way to address fans’ concerns about the lack of family-friendly options at Wrigley Field.

“We have a core base of customers that are parents who themselves grew up as Cubs fans and now bringing their kids to Wrigley Field,” he said.

Green stressed that Clark is intended for kids. But the problem with any brand trying to broaden its appeal is that it risks alienating its core base. The Cubs brand is about tradition, and introducing a mascot to a fanbase that prides itself on more than 100 years of legacy doesn’t exactly coincide with that image.

“As with most brands, when you do a new product introduction, you run some risks,” Green said. “But the product has not changed. Cubs baseball and Wrigley Field and their pride, tradition and history will remain.”

Green added that the team’s historic World Series drought has given the Cubs a thick skin. If the Cubs’s charm does emanate from the team being a tough yet lovable loser, then Clark is certainly on-brand at the moment.