Agencies turn to ‘returnships’ to narrow the gender gap 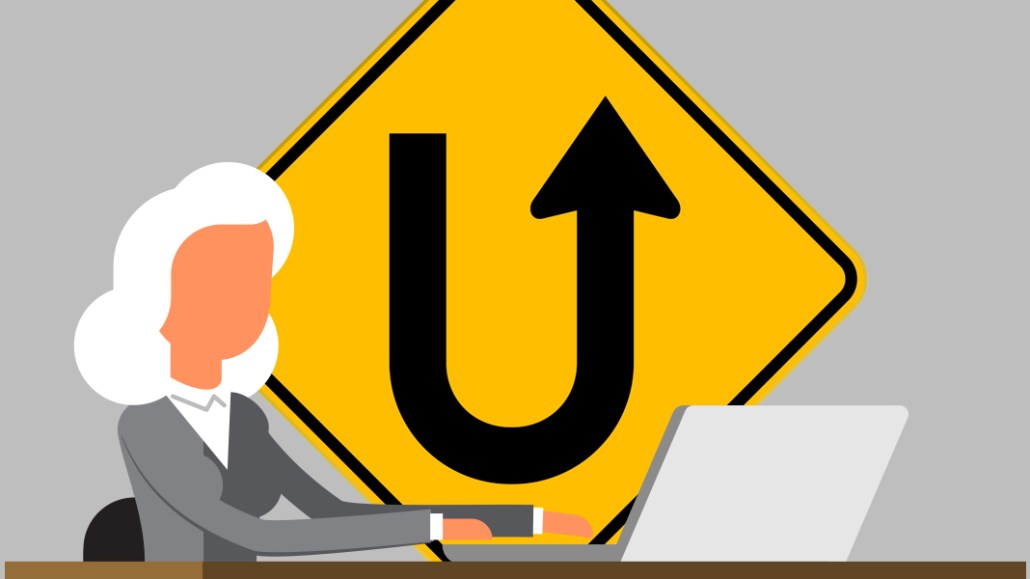 Robin Sodaro was a marketing art director at UBS when she left in 2008, taking eight years off from her job to raise her kids. In 2016, when she returned to her career, she found herself at media agency Maxus, starting as a part-time freelancer before being hired full-time in August. It was a hard transition, and she struggled to catch up with everything from technology and changes in workflow to even office jargon.

“It was radically different when I came back,” said Sodaro. “When I had started my career, there was no such thing as a media agency.”

Darcie Lamond was in the same boat as Sodaro, returning to the workforce in 2014, a decade after she left her executive position at a major financial services company to be a stay-at-home mom. Luckily for Lamond, her paths crossed with executive recruiter Linda Wells, who landed her a “returnship” at Los Angeles-based ad agency, Blend, through her then-company Talent Reconnect. Today, Lamond is a partner and chief strategy officer at the firm.

“It’s a brutal, inhospitable world, and the older you get and more time away you spend from it, the more inhospitable it gets,” said Lamond. “There was no way I would have made it if it weren’t for Linda’s returnship program.”

While some agencies like Crispin Porter + Bogusky London and the erstwhile SapientNitro have made some efforts to absorb such talent in recent years, these have been mostly one-off and unstructured. A majority of ad agencies interviewed for this article said they had no such programs in place to seek out people like Sodaro and Lamond, looking to make career comebacks.

“There are a lot of folks that are crazy-qualified and cannot even get their foot in the door,” said Wells. “It’s really frustrating.”

‘The elephant in the room’
The very nature of the agency business makes it hard for people with résumé gaps to make a return. The rapidly evolving state of modern media, marketing and technology makes it harder for returnees to play catch-up. Accompanying that struggle is the assumption that such returnees will not be able to put in as many hours and deal with the unpredictable nature of client demands.

“If you take time off, then there is an immediate and inherent red flag, and your resume is marked,” said Rachel Spiegelman, CEO of Los Angeles based agency, Pitch. “I think there is an inherent bias in advertising rooted in the fact that our industry prides itself on working people to the bones.”

Add to that the fact that agencies pride themselves on a youthful culture that is often unaccepting of older employees. It’s no secret that the search-and-recruiting process values youth. Agencies are typically about skinny jeans, not mom jeans.

“Age is always the elephant in the room, which nobody will admit to, but we all know it’s there, and we feel it,” said Lamond. “The assumption always is, ‘You’re a middle-aged mom; what are you going to bring to the table?”

Take the case of Melissa Hyp, executive assistant to Liz Valentine, co-founder and CEO at Portland-based agency, Swift. When Hyp was trying to return to the workforce in 2014, she highlighted her eight-year stint as a homemaker under the “experience” section of her resume, arguing that it taught her significant managerial skills. But many interviewers scoffed at it.

“[The reactions] reeked of sexism; it was like patronizingly getting a pat on the head,” said Hyp.

Solving the talent and diversity problem
Talent and diversity are two of the ad industry’s biggest problems, and the number of such aspiring returnees will only increase in the coming years. As agencies grapple with making their workforce more diverse and heterogeneous, it’ll only help if they take steps to ensure that such candidates can find a place in them, say experts. They can follow in the lead of other companies like Goldman Sachs, for instance, which began offering finance returnships a decade ago.

“It is a real low-hanging fruit and does not take that much of an effort,” said Talent Reconnect’s Wells. “Agencies can literally just model these programs on their internship programs and get as much, if not more, value out of them.”

Agencies may finally be waking up and smelling the coffee, said Jay Haines, founder of executive search firm Grace Blue. According to him, returnship programs are gaining traction both in advertising and other industries. It helps agencies push their diversity and inclusion initiatives forward, tap into the skills and experiences of these folks as well as send out a great message.

“There is a broad recognition that those returning from having a family have a huge amount to offer,” said Haines. “The formalization of that can only be a good thing.”

Formal structured programs at the agency and holding company levels may take a while, but that’s not to say that some agencies aren’t already trying it out. In 2015, for example, Publicis’ SapientNitro (now SapientRazorfish) launched a 10-week “returnship” pilot program at its Toronto and New York offices in order to “support these seasoned candidates on their path back to making an impact at work.” More recently, CP+B London hired Sarah Shepherd as a part of the Creative Equals’ new returnship scheme in January, 11 years after the mum-of-three left the industry.

“Our returnship experience with Sarah was a win-win for all,” said Richard Pinder, U.K. and international CEO at CP+B. “For Sarah, it was a paid opportunity to work full time doing something she hadn’t done a lot of for a long time, and for us, we and our clients got access to an additional super smart, hungry and talented woman as part of the team.”

The pressure to act is also starting to come from clients themselves, according to Tami Forman, founder and executive director of nonprofit organization Path Forward, which provides career support and guidance to women enlisting in returnship programs, particularly in the field of tech. An increasing number of marketers are pressuring their agencies for more equal representation. General Mills, Verizon and HP, for example, are just a few of the brands that asked their agencies to meet diversity requirements or lose their businesses last year. More brands are expected to do the same.

“Clients pressuring agencies is going to be the biggest catalyst,” said Forman. “Now is the time they really have to start following through.”

Ultimately, seasoned returnees with years of experience under their belts often end up being big assets for agencies.

“HR and recruiters have so far been missing a really important truth, that at different points in our lives, we have a lot more to give to our careers,” said Lamond. “The biggest misconception is that they think we lose the commitment, energy and passion when we leave the industry when in fact, our depth of experience, focus and drive are actually higher when we return.”