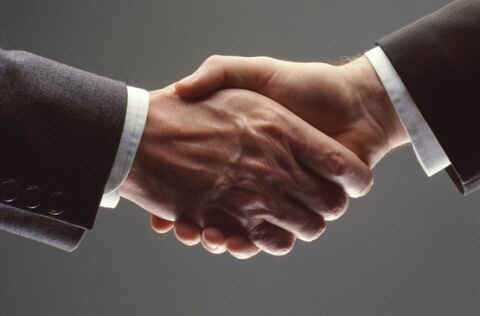 There is a veritable cottage industry in the business of connecting promising startups to brands. Independent outfits like Evol8tion, Medialink and others play that role. So too, of course, so agencies themselves. Count digital shop 360i in on the game.

The shop is rolling out a program it’s calling Startup Outlook that will identify, evaluate, and report on five new startups a month based on their viability for marketers. The goal is to give clients a better understanding of the startups. Down the line there could even be a chance for parent company Dentsu to parlay this access into investments.

“This was already a big part of my job, but now what we’re trying to do is figure out how to package this information in a way that benefits our clients and hopefully the rest of the industry,” said 360i vp of emerging media David Berkowitz, who is leading the effort.

In addition to monthly reports, the agency will also host quarterly events at its New York headquarters that will aim to bring together startups, brands, and agencies — even those 360i competes with. The first event in June will see several startups pitching their wares to a top NBC Universal marketing exec.

The monthly report, the first of which is released today, will evaluate companies on factors such as their value for marketers, prominence, applicability, and ingenuity. Think of it as a monthly startup digest for brands.

“Brands are starting to look for this type of thing,” said Berkowitz. “It’s an acknowledgement that new startups are growing at such as rate that brands are falling further behind and don’t have time to manage this stuff.”

The fact of the matter is that there just isn’t enough advertiser money around to finance all of these startups, so they have an interest in doing whatever it takes to adapt their businesses and offerings to the needs of their potential clients. That’s another part of the process, Berkowitz said: Allowing brands and agencies to learn from each other.

Companies such as DMR Partners are doing a similar thing, vetting startups for their marketer viability and putting them in front of brands and agencies for a fee, or in some cases equity in their businesses, on a consultancy basis.

360i could, in essence, do the same with the fledgling firms it selects for its program. Many startups are well aware of the fact that they need, one way or another, to gain access to brands and marketers to sustain themselves, so partnering with an agency in almost any way they can makes complete sense.

Though some agencies have opted to do just that — play VC and take investment in the startups they see value in — Berkowitz said 360i’s approach is primarily about client work and presenting itself as a thought leader in the industry.

“This is about focusing on what we do best and providing strategic guidance to our clients,” he said. “It’s not about creating a whole new business model.”

That said, Berkowitz acknowledged that 360i’s parent company, Dentsu, may well end up investing in some capacity in companies it helps unearth and evaluate, pointing to existing financial relationships the holding company has with vendors such as Expion.

“If it happens, that’s more likely to be the model,” he said. “There was a lot of conversation on what role we wanted to play, but that’s got to be a possibility based on what they’re already doing.”