Will AOL Put Patch Out of its Misery? 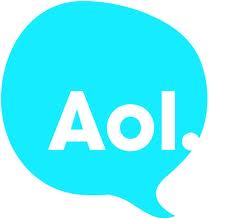 Patch Problems: Details continue to leak out on Patch’s monetization struggles — and the future looks bleak for AOL’s massive bet on local content. Last week Business Insider posted a report that Patch’s sales teams were quietly letting people go, and dumping unrealistic sales goals on even the venture’s top performing executives. Then on Friday the site posted yet another devastating Patch story, which contained damning insider accounts from Patch sellers who claim that local advertisers would be better off buying Google ads or testing Groupon deals. A huge question going into next year seems to be, does AOL have to start thinking about putting Patch to bed permanently? Business Insider –Mike Shields @digitalshieldsThe New York Times Too Big To Fail?: Longtime Times CEO Janet Robinson is stepping down. During her tenure, the paper of record had to borrow money from a Mexican banker to survive. More lately the company is being credited with rolling out a smart, mostly successful paywall strategy that could become the model for Web publishing in the future (or could be a completely unique situation). The Times’ hadn’t named a successor as of Thursday, but the rumor bouncing around Twitter was that Andrew Ross Sorkin, the author of the book-turned-HBO Movie Too Big to Fail, which chronicled the bank bailouts of 2008, would be the one. Sorkin, who is younger than much of the Times staff, would be an inspired, if not risky choice. He’s certainly among the more forward–thinking staffers, having launched the aggregation-heavy Dealbook on the Times’ site well before many traditional publishers were even linking out to other websites. Yahoo Cutline –Mike Shields @digitalshieldsWhat’s a Tablet Link Worth?: Magazine publishers are experimenting with a range of revenue models for their tablet editions as they try to figure out how best to monetize their properties on devices such as the iPad. To that end, Conde Nast is now charging $5,000 to add a live link to tablet ads ported from its print products, arguing that it adds value for marketers to have users clicking through from them. Hearst, meanwhile has decided to to activate all URLs from its print ads at no additional cost. AdAge — Jack Marshall @JackMarshall

It’s Hard to Tell Who Your Real Friends Are: Although marketers are flocking to social media to create and extend brand awareness, forge relationships and initiate conversations with consumers, there may be a hitch in the rush to connect to customers: According to new research from eMarketer, it’s hard to figure out if you’re doing it right. In fact, the new research suggests that only 27 percent of marketers believe that there is an effective way to measure the effects of social media. eMarketer— Anne Sherber @annesherber

SOPA on Vacation: Congress will continue debating SOPA on December 21 as the national debate rages on. Both sides claim that the Web will either implode from the weight of bloodthirsty internet pirates intent on bleeding legitimate content creators dry, or semi-fascists will end creativity forever. Neither side is right. Website owners need to be more careful about alliances- because it isn’t just copyright infringement that content pirates support. There’s an entire network of online nastiness, ranging from identity theft to unsavory porn that can hide beneath the seemingly victim-less crimes that pirate sites sometimes fund. On the other hand, giving Congress or any other body the ability to put the heat on sites that are interpreted as “supporting” piracy, with little oversight, is a mistake. The government has a pretty lousy track record in monitoring financial or online goings-on.  It is doubtful that they will do much better with SOPA. –Carla Rover @carlarover PC Mag