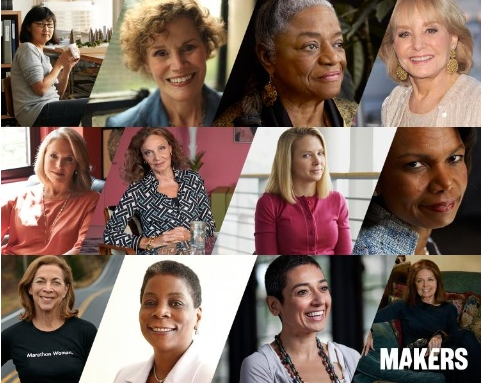 In 1967, Kathrine Switzer did something quite remarkable. She became the first woman to run the Boston Marathon, even dodging the attempt of a race organizer to stop her. Switzer’s tale is one of several AOL is telling in a new video series that will highlight the achievements of women — and AOL’s emphasis on creating original digital content

The series, “Makers: Women Who Make America” features more than 100 interviews with the influential, inspirational and powerful women who have shaped our nation over the past half century. It is designed to be a model of documentary storytelling: thousands of interview clips, edited and unedited, will live a site to be mashed up into a three-hour film. PBS, for its part, will provide both broadcast and digital platforms to distribute the content, including its classroom digital network.

AOL developed Makers.com to house the videos and will distribute the videos across all AOL properties from The Huffington Post to Patch. Tim Armstrong, AOL’s CEO, said at a launch event that the effort is another example of AOL’s commitment to content, which it hopes will differentiate itself in the digital media world.

AOL is undoubtedly eyeing the growing video ad market. “Makers” has a sponsor, skin care brand Simple. The effort follows AOL’s announcement of an ambitious live streaming video network for The Huffington Post, which will launch in the summer.